This is a tutorial that I've been itching to do for absolute ages & finally I have the equipment & products to do a denim make-up tutorial.

Basically the way I see a denim smoky eye as is just really laid back & casual.
Basic smoky eye make-up involves a nude lip, but my denim smoky make-up lip is baby pink & is inspired by the pink lipgloss Essence's limited edition range back a few months ago called "Denim Wanted". 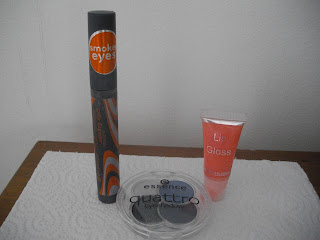 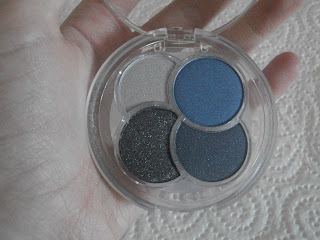 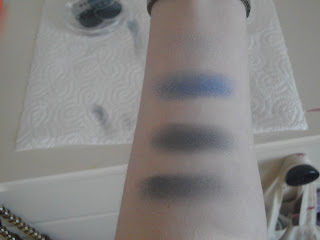 The pigments of this palette is pretty positive & negative.
I have used Essence's Quattro palettes in the past & still do regularly & there is always one shade of the four that's pigment dosen't show up unless you build up the shade.
The silver pigment was great on my arm & soo was the top-right blue, but the bottom-right blue took two layers to appear & as for the bottom-left sparkled blue, It hardly appeared clearly visible at all until I had built up four or five layers.
All in all, All four pigments looked brilliant once they had eventually appeared.