UPDATE JANUARY 2013 : My Dad eventually helped me break the seal on the "In Love" scent and it was  a very very sweet  scent which I didn't like much xx. 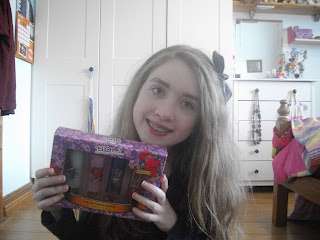 Today I'm going to do a review on a So ... ? set I have & give you some news.
First the news, My mam found out this morning that Midnight has gone to a new home which is great & then some news about Plum.
You've probably seen photo's of Plum all spread out lying down before & thout "Jeez she's massive !" & everyone in my family recognises her as the "big rabbit" because she pretty much is always eating or napping, but I always thought that she was naturally large.
Anyway, My Mam also found out that Plum is a Flemish Giant - Google them !
Basically a Flemish Giant is a massive just massive breed of rabbit & they can either be just very long or absolutely massive like in Wallace & Gromit.
Luckily Plum won't grow as large as that, but she might match a Teletubbie bunny ! 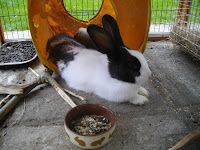 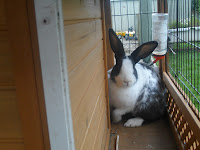 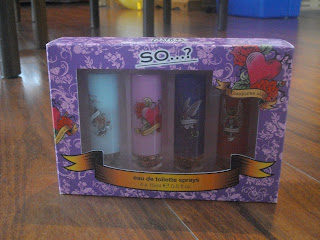 Here's the Rocking Divas set.
My Mam & Dad gave me the set for Christmas soo I feel pretty bad that I haven't opened it sinced.
You get four perfumes in a set ~ For Me, In Love, Fab, Daring.
When I went to open them, In Love wouldn't open soo I could only review three of the perfumes. 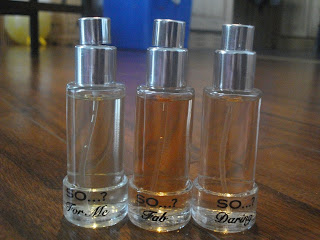 So ... ? For Me ~ This perfume smells like So ... ? Superstar with a slight fruity scent. I liked it as it smells glamorous with a kick.
So ... ? Fab ~ At first, It smelt very strong like a room spray or something, but after a few minutes it smelt slightly musty.
So ...  ? Daring ~ This is my favourite out of the three ! Like it's name, The scent is daring ! It has a fruity scent with scents of citrus fruits as well. If you liked So ... ? Exciting you will love this !

Rate : I loved all three scents & so .. ? is definitely the best perfume on budget brand on the market, but a definite downturn was the In Love scent not opening.
9/10.