Hi everyone !
A few weeks ago I started rambling about Essence's new Colour & Go nail polish shades which are set to be released in September & I've got soo excited that I thought I'd continue that ramble by talking about the other Essence products being released too.
Like I said, They're not being released until September, but knowing the Essence situation here in Ireland, I won't be expecting the new range in Ireland until October or soo, but here's the range now. 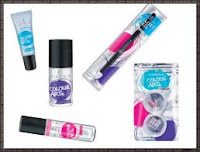 This is Essence's Colour Art Pigment range which includes mixing jars, Eyeshadow bases, Lip bases, Nail bases & multi-tasker applicators & pigments.
There are 20 expressive colours in the pigment range & can be mixed together & used as a moist base on your eyes, Nails & lips. I'll probabably buy a beige pigment, The lip base & the mixing jars out of this range. 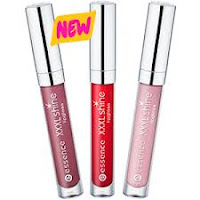 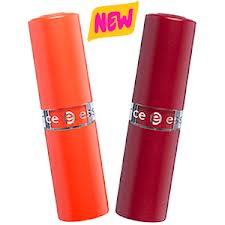 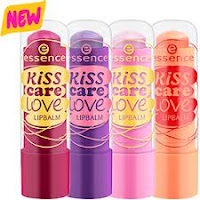 I love Essence's new lip range for A/W 2012 as they are bang on trend with their fruity & pinky shades. Their XXXL Shine lipglosses are very cute as always & their lipsticks are really fruity, Deep & bang on trend which I keep on repeating. I think I'll definitely be buying their Kiss Care Love lipbalms for my lips as they look very moisturising & they have the cutest names such as Fruit Crush, Purple Berries, Fruity-Licious & Caribbean Sunrise - Yum ! I'm looking forward to seeing these lip products in the shops & hopefully buying them. 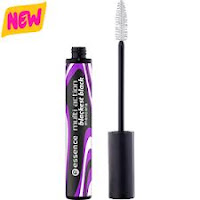 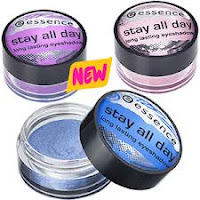 Essence's eyeshadow range I think's a bit boring this season & sort of off trend & I hate to say this, but yea, These eye products haven't really interested me to say the least.
Essence Multi Action Mascara's are always my number one favourite mascara's, but I don't really see the point of the "blackest black" mascara ... Black mascara is black enough already & I like to be able to wear the same mascara the whole time & I reckon this mascara will be pretty thick soo I'm not sure if I'll be buying this in the future. The Stay All Day eyeshadows have never came in the most amazing colours & that's why I've never bought them & I don't think I'll be that encouraged to buy these either.
One high is the Quattro palettes ... As always they have a neutral palette & their other palettes are revolved around a particular colour which this season is purple & all the palettes look really pretty in the photo's. 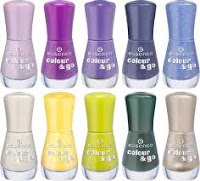 Ok, Soo I'm not going to ramble all over again about these soo here's the link to the ramble I did do on these nail polishes - http://daintysprinkles.blogspot.ie/2012/08/sootd-nails.html !

Thanks for reading everyone, Have a great day !
Grace x
Posted by Grace at 18:32