DAY IN THE LIFE #2 : Waltzers, Junk Food & Being Socially Awkward

On Saturday afternoon, Myself, Vivien and Aveen met up in town for the festival.  Aveen writes a brilliant lifestyle blog 'The Random Life of Aveen' click here & decided this should be our 'Day in the Life' collab which we've been organising for weeks so here we go and stay tuned until the end of this blogpost for a special announcement. P.S sorry the formattings really odd !

The three of us - Aveen, Vivien and myself - Met outside the amusements at 3pm except there was some fault and therefore they didn't open for another twenty minutes. While we were waiting it started lashing rain and I was the only one without a hood or umbrella ! Finally it opened and everyone rushed in. 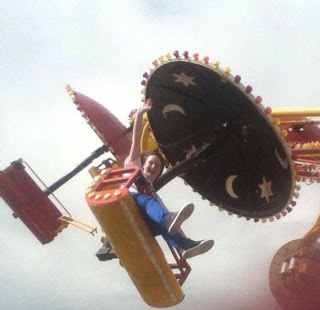 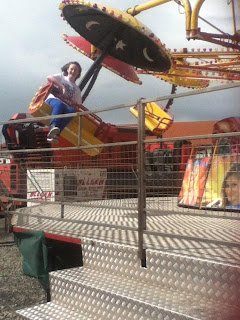 First Vivien went on the 'Skyfall' ride which we call the 'umbrella ride' because of the umbrellas above the seats and it reminds of a merry-go-round just an extremely high one because it goes so high me and Aveen were like "Holy cow we're not going on that !" It's not as high as the G-Force though which looks over the whole time it's so high but I've no photos of that unfortunately. 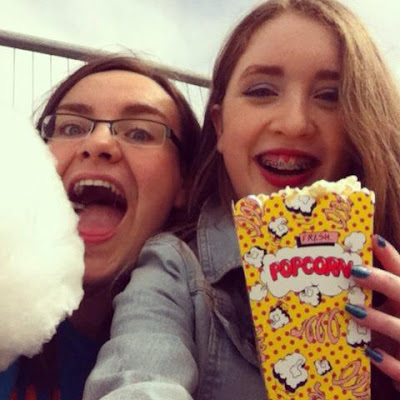 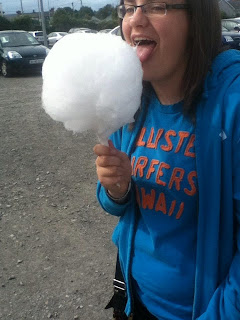 After that Aveen, Vivien, Our friend Bronwyn & her brother went on the waltzers. Then Vivien and Bronwyn went on the Skyfall - Again - So me and Aveen bought some junk food ! Aveen decided to be really stereotypical fair goer & "mature" by getting candy floss and I bought popcorn which was slightly tasteless in my opinion. And we had to really annoying and take a ton of photos of eachother and selfies eating ! We then went on the waltzers together which was so much fun even though I felt like getting sick ! When we got off it we saw so many people we knew and let our true social awkwardness shine. *Sees person we know* Mutters : Ok ok go around the other side go go go hurry up there is people here ok they didn't see me phew" we sound very rude but I promise you we're not ! Before we left we went on the waltzers again. It was much funner this time but I kept crushing Aveen over sorry Aveen ! I don't have any photos of any of us on the waltzers though.

So that was our afternoon at the amusements everything else was sorta boring. I think I'll do one of these at the beginning of each month, The first two so far have been collabs so I might continue that and tell me if you's enjoy these type of posts and want more !

My next blogpost will be my outfit that day so stay turned for that and also - Gaby has came up with the idea of a teenage bloggers chat and has asked myself & Jane to help her with it ! It's going to be on for an hour every Friday at 8pm  and it's for all teen fashion beauty or life bloggers ! We are hoping to start this Friday and you can click here to visit the Twitter for more info and use the hashtag #teenagebloggerschat ! Hope to see a few of you's there.

Email ThisBlogThis!Share to TwitterShare to FacebookShare to Pinterest
Labels: collab, Day in the Life, Life