A Sad Day for Magazines : Will they become a thing of the past ? 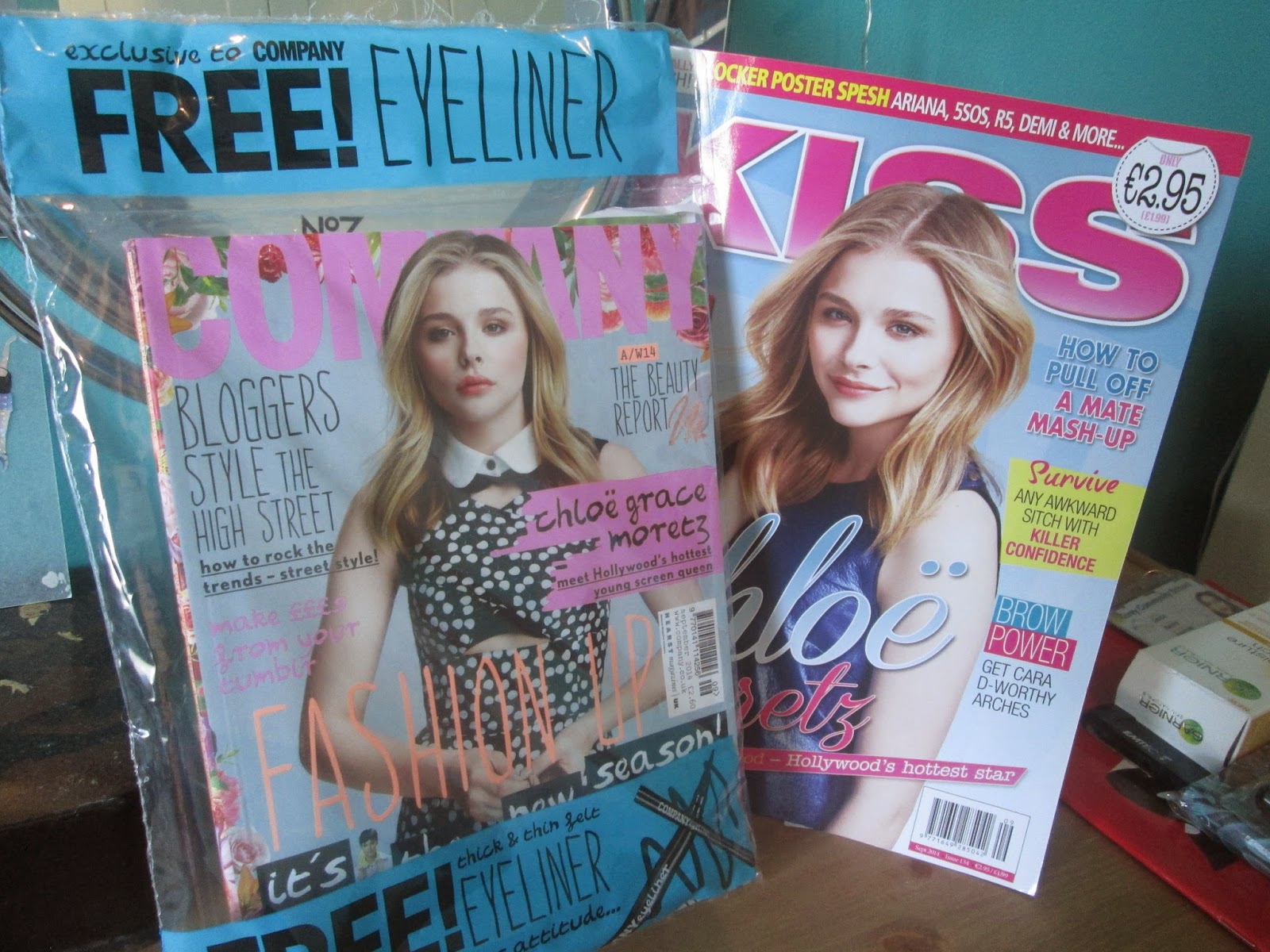 This morning whilst eating my breakfast I turned on my laptop and was shocked to read that this month's issue will be the last ever issue of KISS Magazine. For my readers that aren't Irish, KISS is Ireland's only teen magazine and it's content includes fashion, beauty, exercise, advice on boys and problems such as bullying, reader features and celebrities plus they also do an annual debs issue. KISS magazine has been on shelves since 2002 and I began reading it in 2010 although in the past year I haven't read it as much as I did when I was younger. Like many teenage girls across Ireland, I was heartbroken to hear the news and had two reasons in mind.

The first is that this magazine is one of it's kind - It is Ireland's only magazine for teenage girls. Sure we can buy teen magazines from overseas, but this is our only one that is made in Ireland which guarantees that Irish prices, shops that we have access to, advice on Irish state exams etc. are displayed on pages meaning it is much more appealing than a British teen magazine for example which lists prices in pounds, features British shops we don't have over here or gives advice on GSCE's or A Levels - It will be such a loss to Irish teens. The next reason is that this is the second well known teen magazine that is sold in Britain and Ireland to be discontinued in the past three months. The second magazine I am speaking of is Bliss - a British teen magazine also sold in Ireland - which was discontinued this summer. Now, this did not come as big a shock to me as I always felt this magazine concentrated on the scandalous kind of real life and celebrity stories and in my opinion wasn't as great as other magazines targeted at teens so it wasn't a huge surprise to me.

I was questioning whether I should write this post more and more as the day went on and before dinner this evening, I was sitting down to film a video about this subject which you can watch here when Aveen messaged me on Facebook telling me that Company wasn't going to be sold anymore either. I honestly thought this was a joke since Company was one of the last magazines I'd expect to be next in this magazine cull. It appeals to too wide a variety of ages ! The quality of content is too high ! And so on, but I was proven wrong. In less than twelve hours, my two favourite magazines had announced that they would not be in print anymore. Unlike KISS, Company have said after their October issue it will be available at company.co.uk although it has not be said whether there will be charges to read content online similar to their online 'weekly edit'. Although many devoted readers will support this change, I don't because I'd personally prefer to read magazines in print rather than on a computer screen - It just isn't the same and is incomparable !

These magazines have obviously suffered such decline in readership that there is no longer money being made hence the cease. Unfortunately this is happening with heaps of newspapers and magazines and I really feel that it is magazines for teenagers that I've noticed decline in availability. I'd swear that at one stage I could walk into Tesco (bearing in mind I don't live in the city.) to find up to five or more magazines targeted at teenage girls yet now I'd struggle to find three and now that KISS is no more, I'll be lucky to see three. I find now that there are more American teen magazines than British ones available and I don't tend to enjoy these since they either contain more advertisements than actual magazine content or just fill every page with celebrity gossip. Magazines played and are playing such a key role in my childhood and teenage years and considering everyone claims that the number of teens reading books is dropping, magazines are also another form of reading and not a single online article or video can beat it ! I cannot imagine a day where there'll be a limited if any amount of magazines on shop shelves but where teen magazines are concerned, this is becoming increasingly likely.

I can only blame this whole decline on the Internet. YouTube channels have became so popular especially over the past two years and they are continuing to soar in popularity and blogs have reclaimed popularity. Before you call me a hypocrite since I write a blog and make YouTube videos, but I'm not since I amen't criticising bloggers and YouTubers - This is out of their hands and it's just the turn the twenty first century has taken. The problem lies where blogs and YouTube videos offer the same content as magazines take lookbooks, makeup reviews, fitness routines and advice for example. And a makeup tutorial ? You won't get a video of that in your magazine ! There is no charge to read or watch this material in comparison to similar information that you would read in magazines that cost money. So are you going to read or watch this content on your laptop, phone or whatever for free without even having to leave your bed or are you going to run to the shops to spend your limited money on this information in print ?

In my opinion, this is why magazines - especially those targeted at teens - are declining. When it comes to answering the above question, I'd like to say I'd pick both. You can read your favourite blogs or watch your favourite 'beauty guru' once a week, twice a week or maybe even every day, but most teenage magazines release an issue once a month and it is like Christmas ! That one day a month when you open the pages of  a new issue of your favourite magazine.

The question that I have been asking all day is who's next ? Which magazine will be next to announce it's last ever issue ? In ten years are we going to have a situation where we walk into a shop to find no magazines for teenagers or children because they've all given in to technology ?

I really hope not.

P.S One good thing that came out of this for me was my tweet about KISS being discontinued being featured in two thejournal.ie articles here and here. Hehee !