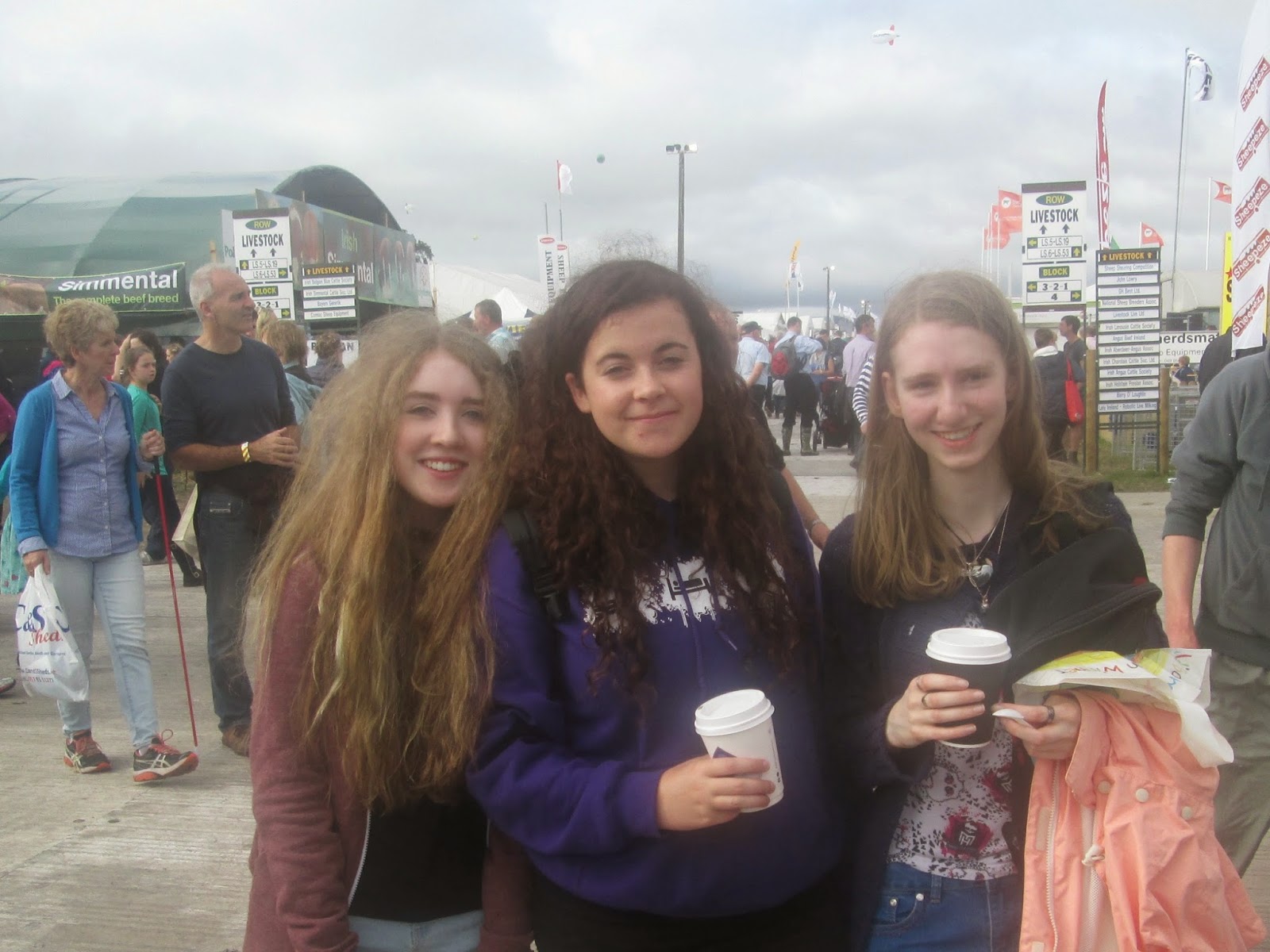 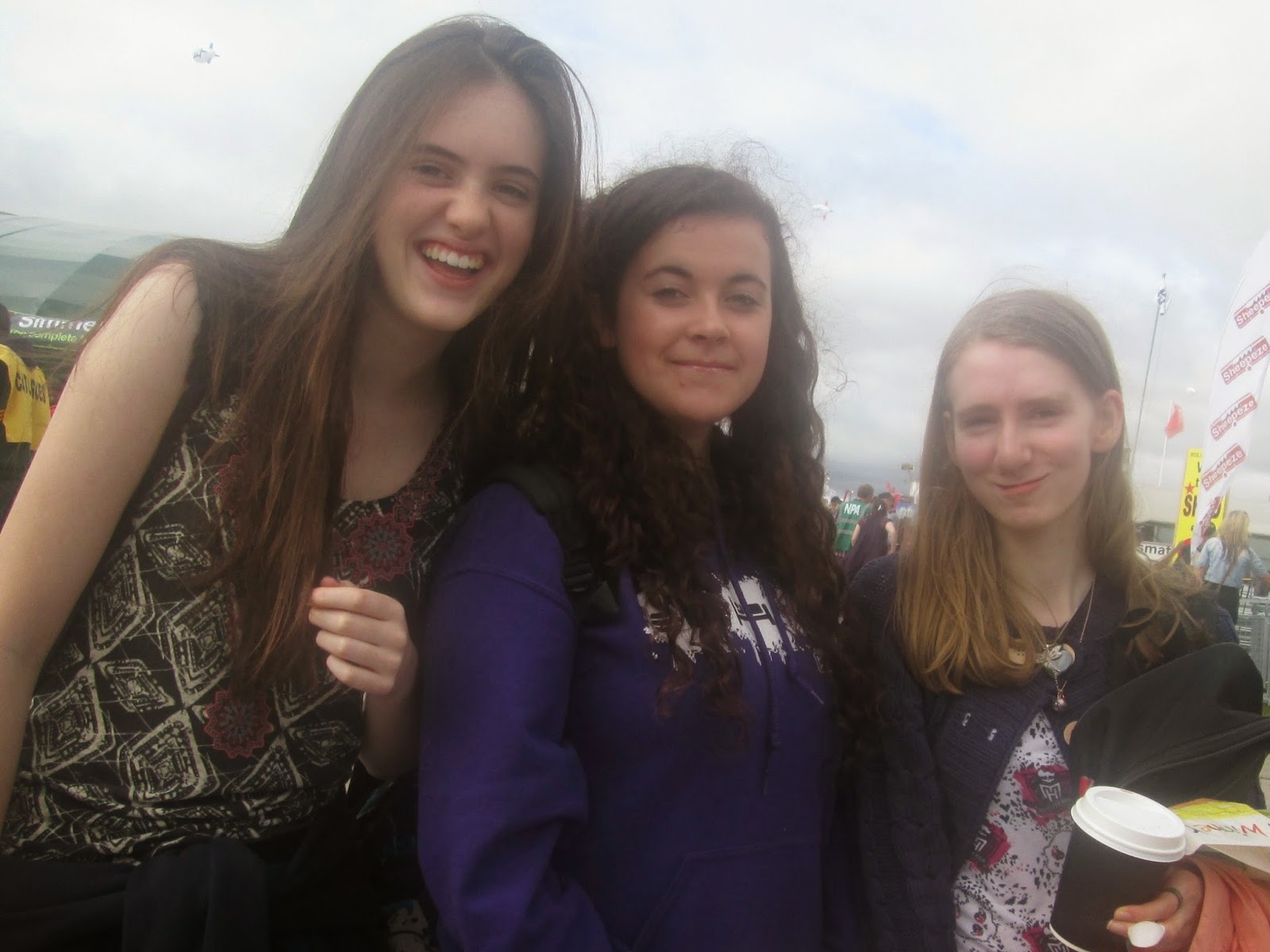 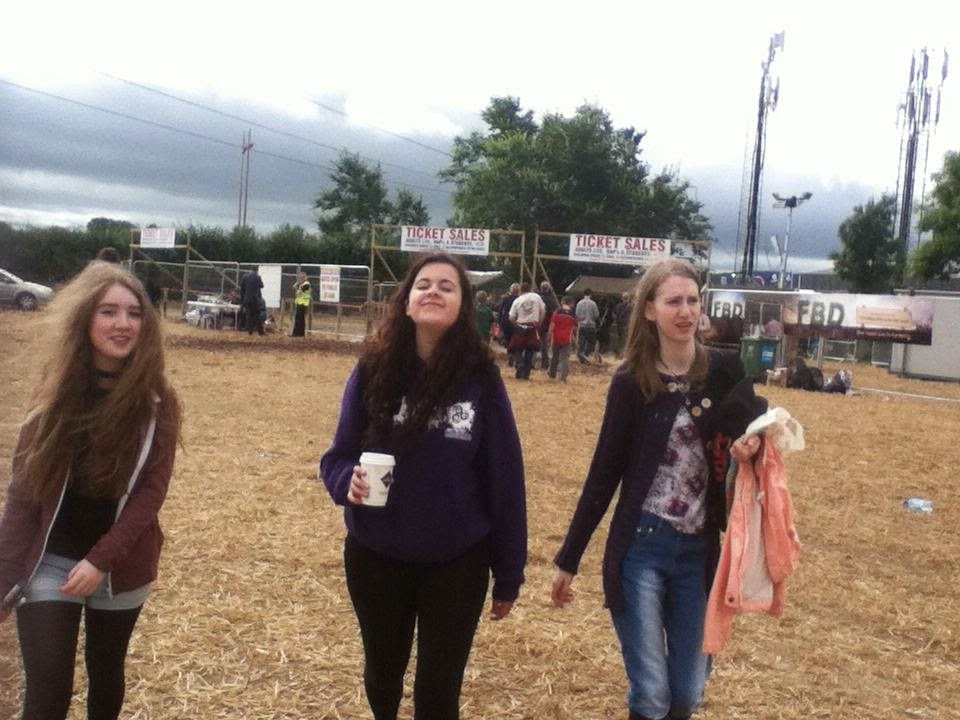 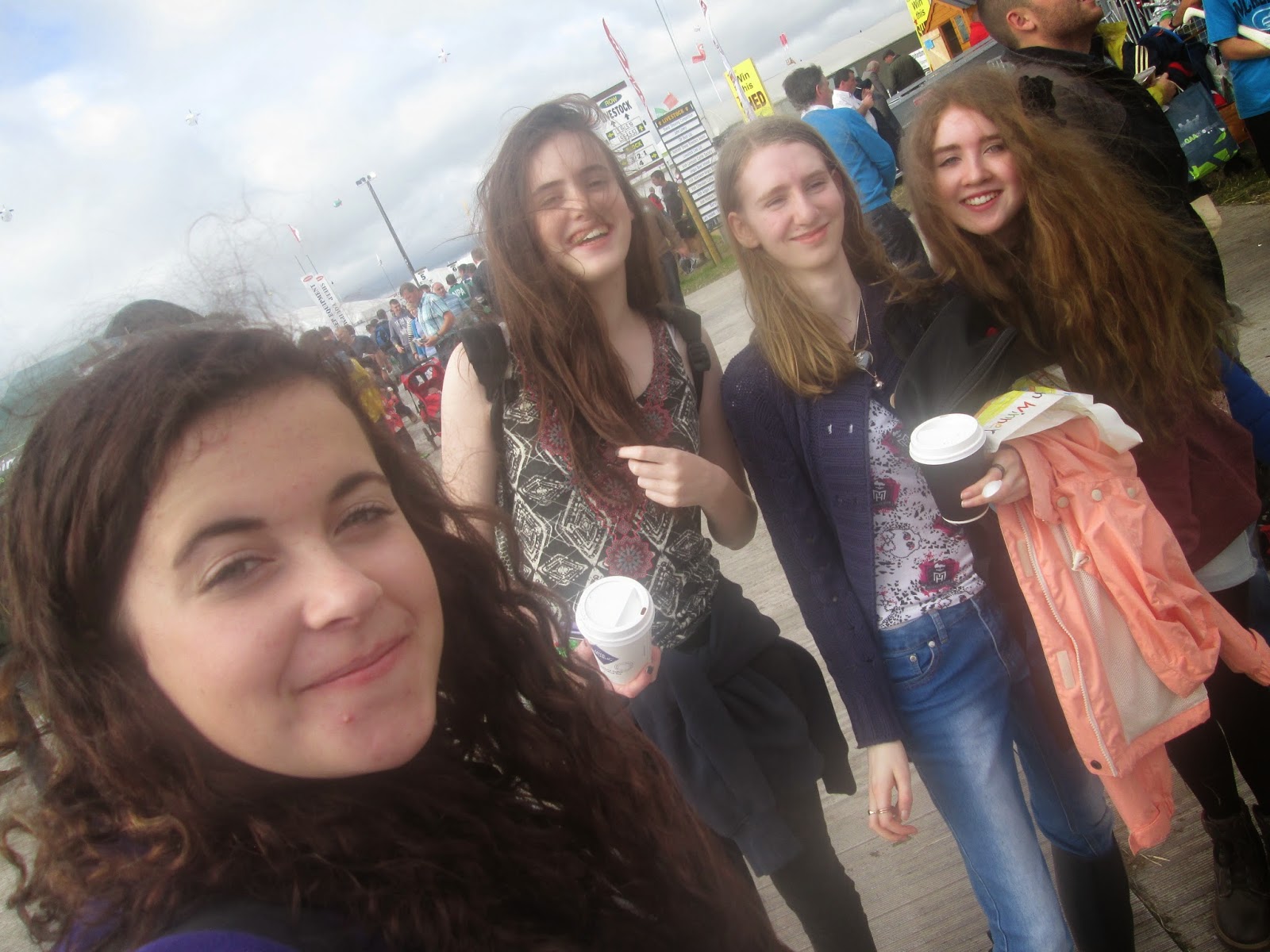 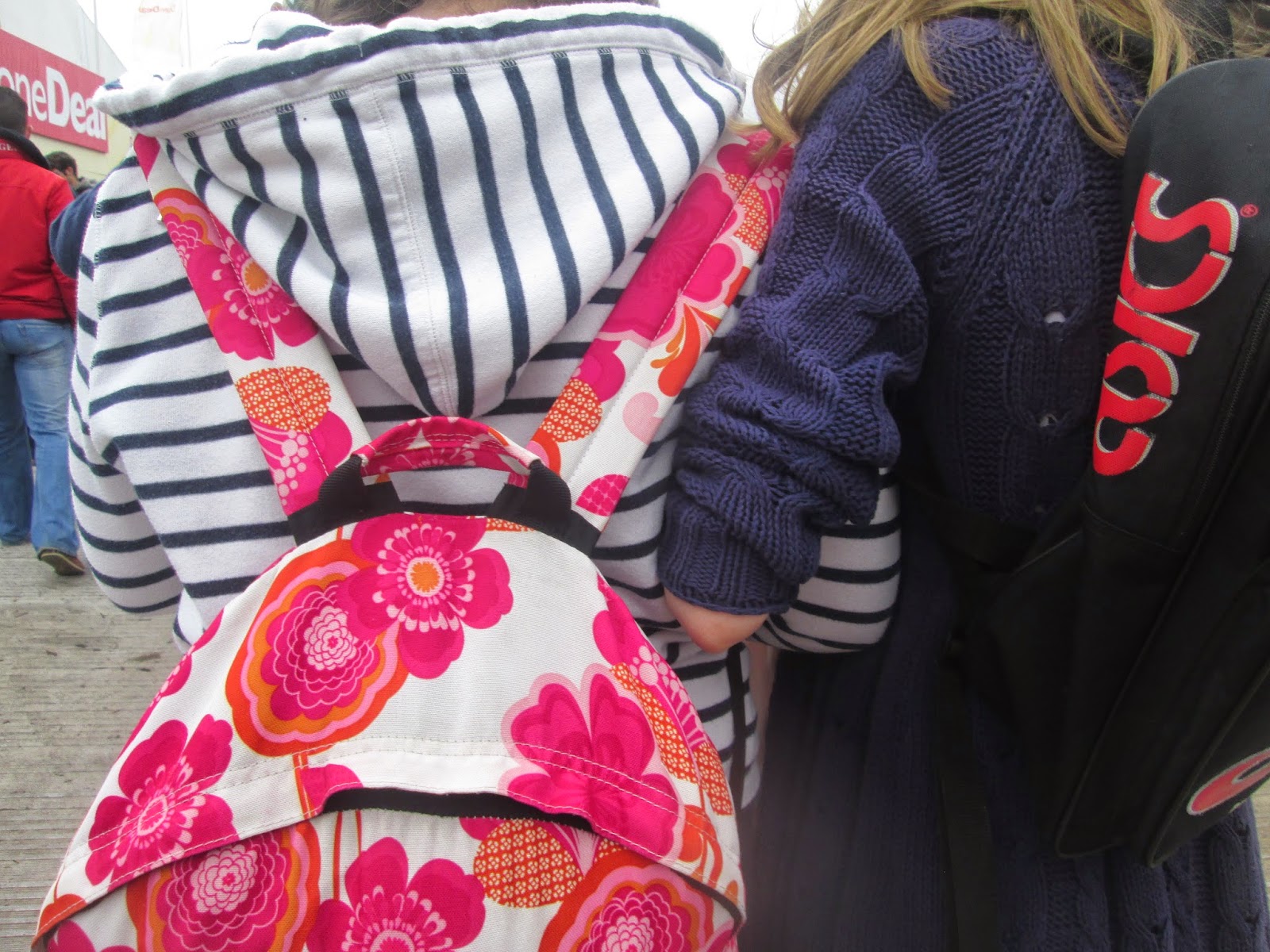 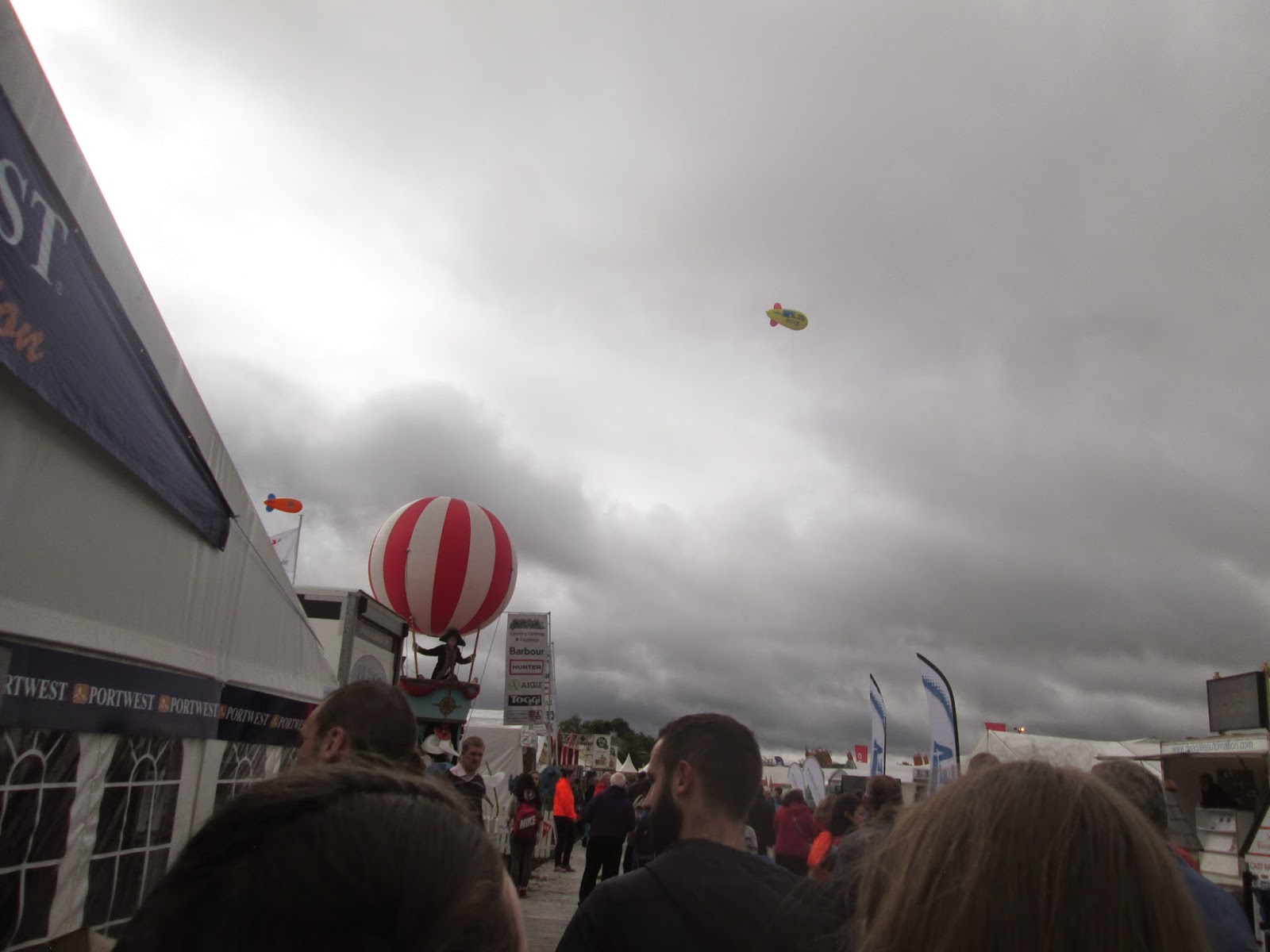 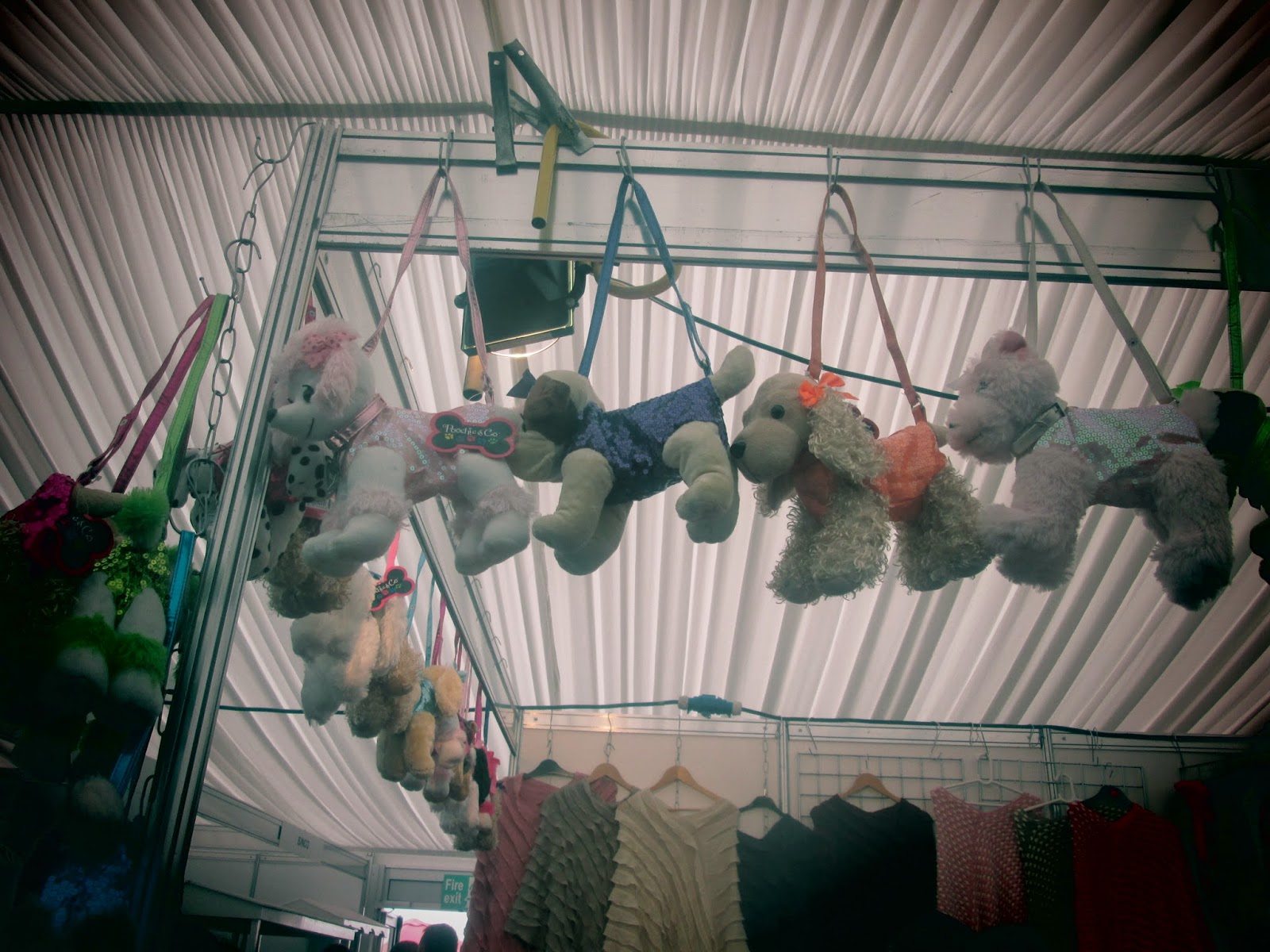 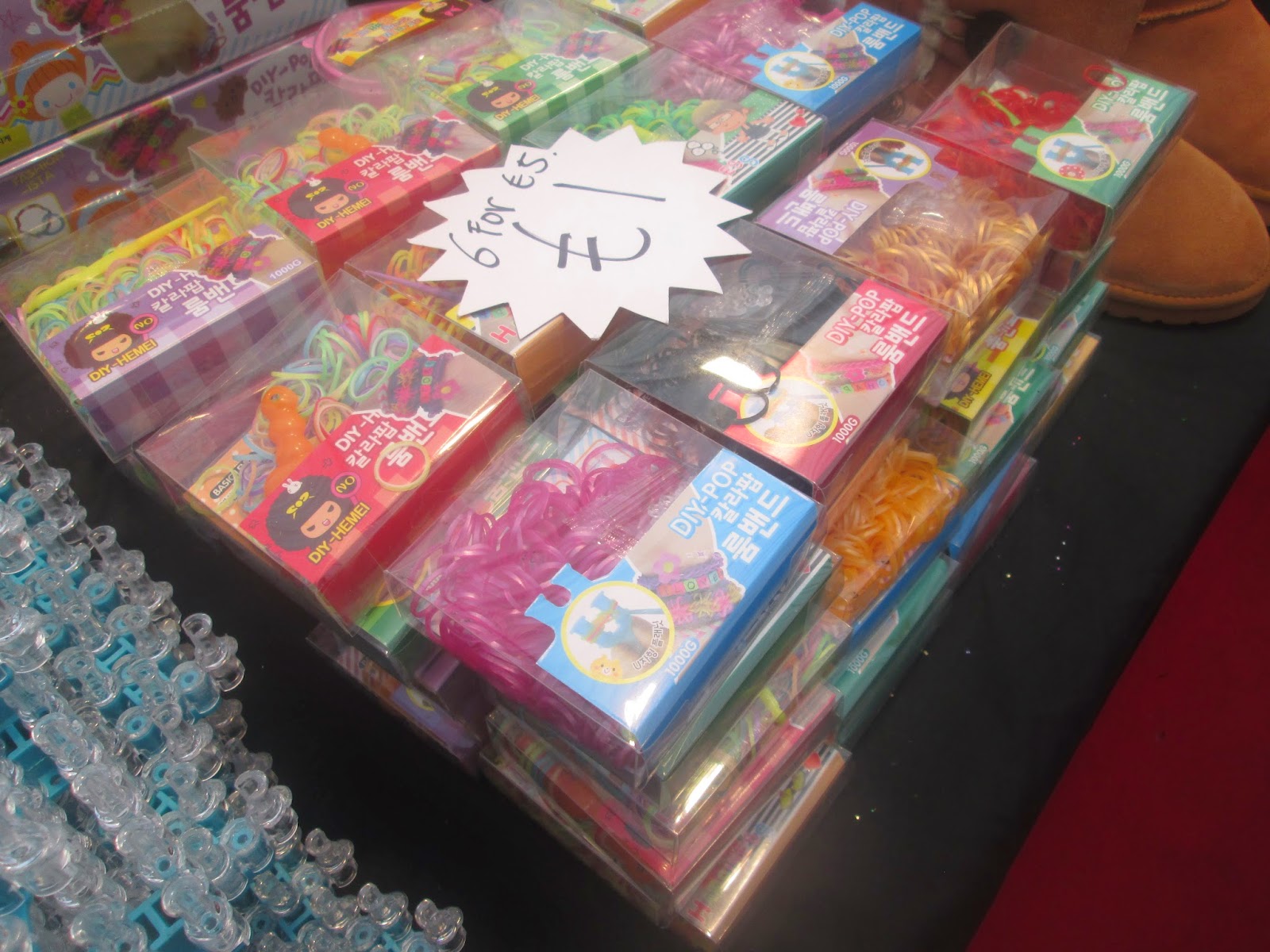 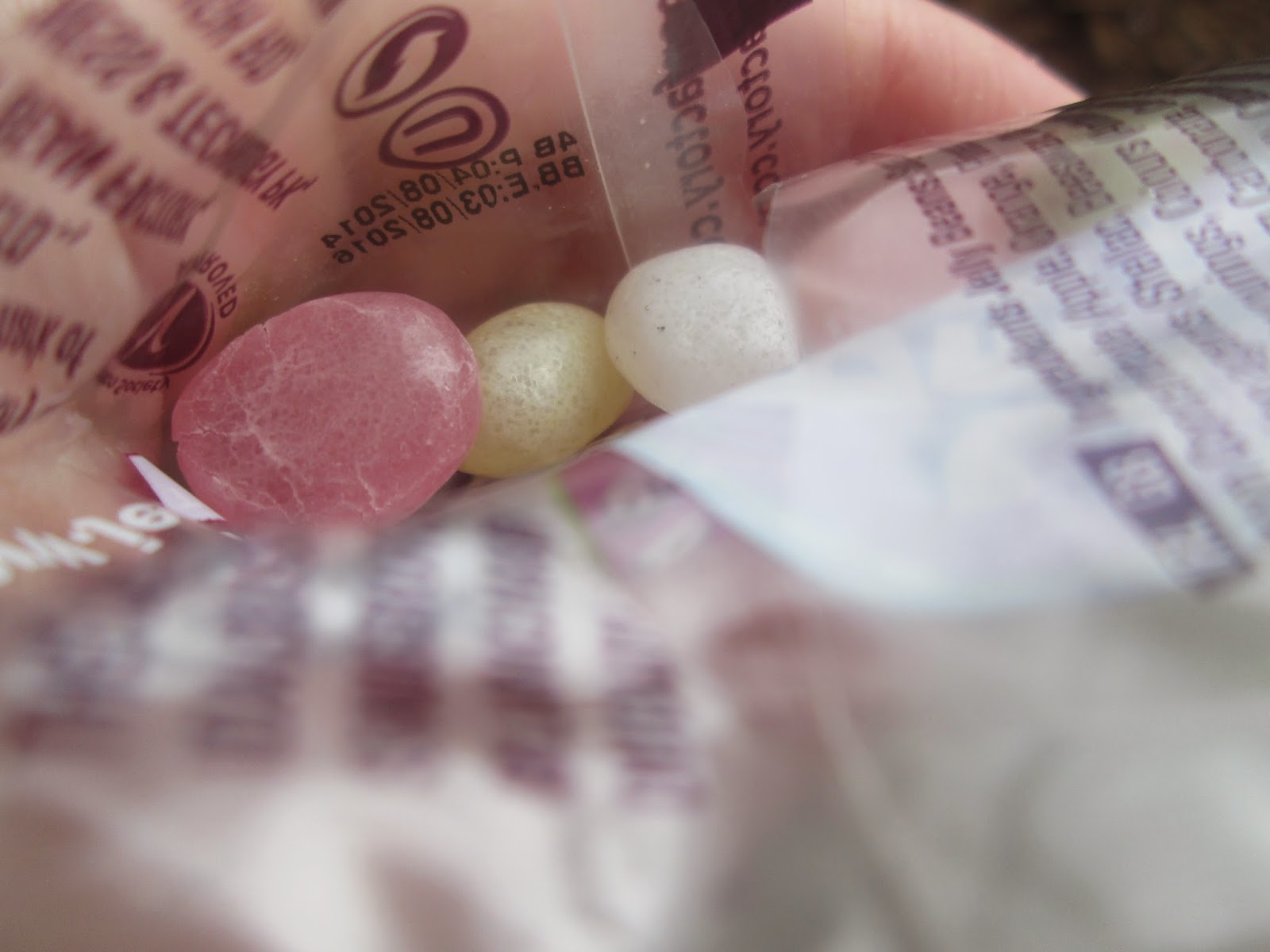 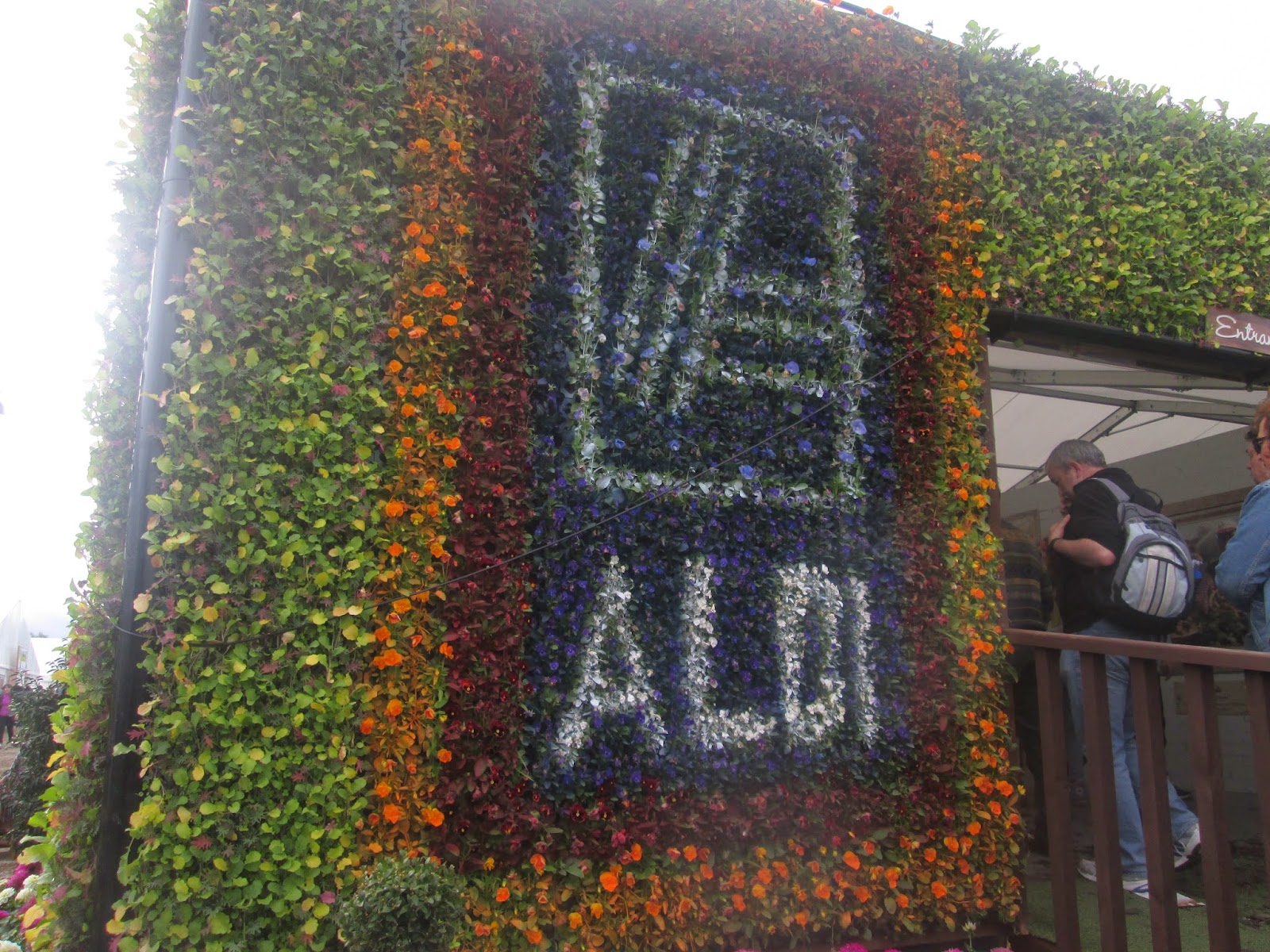 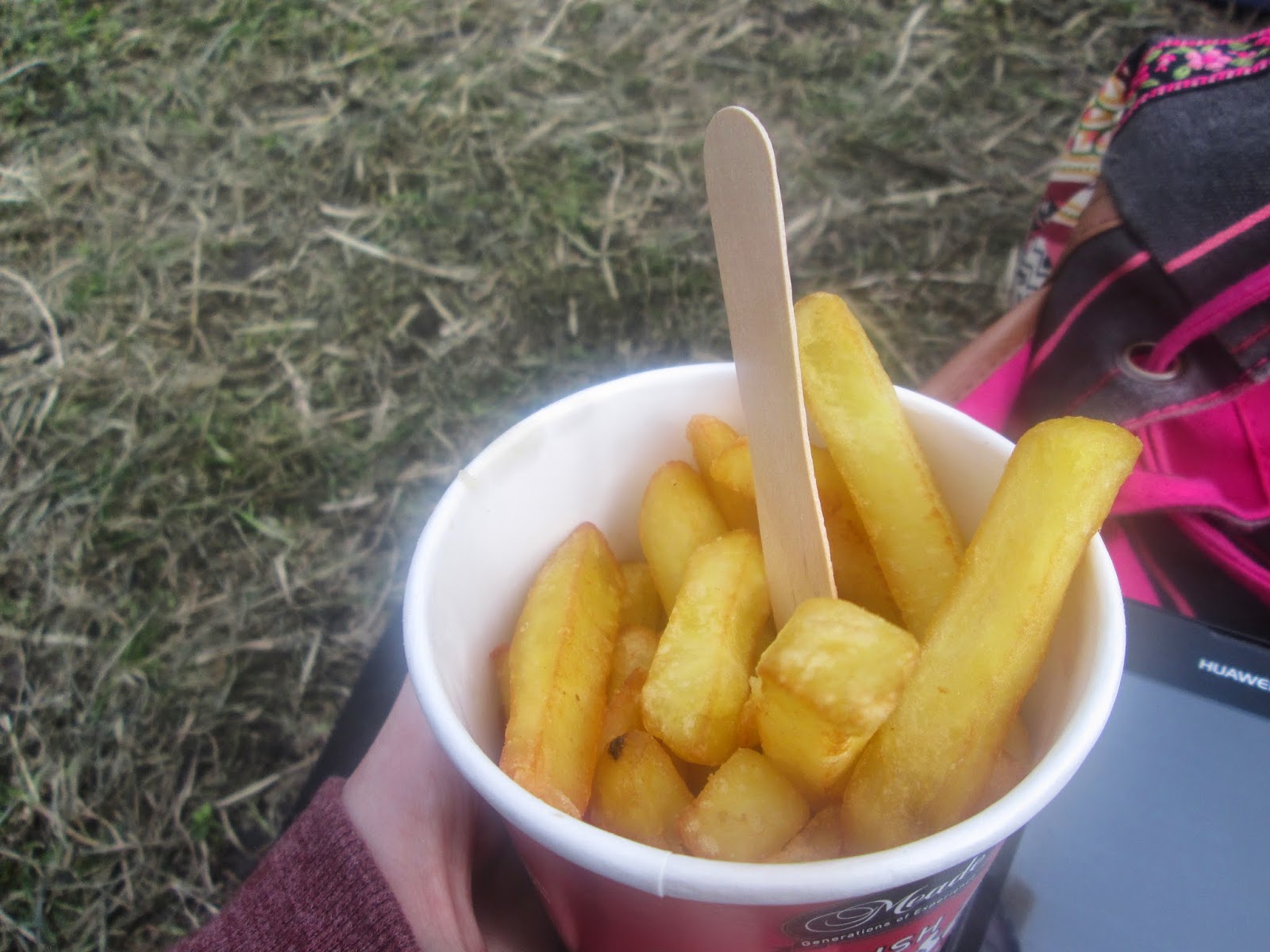 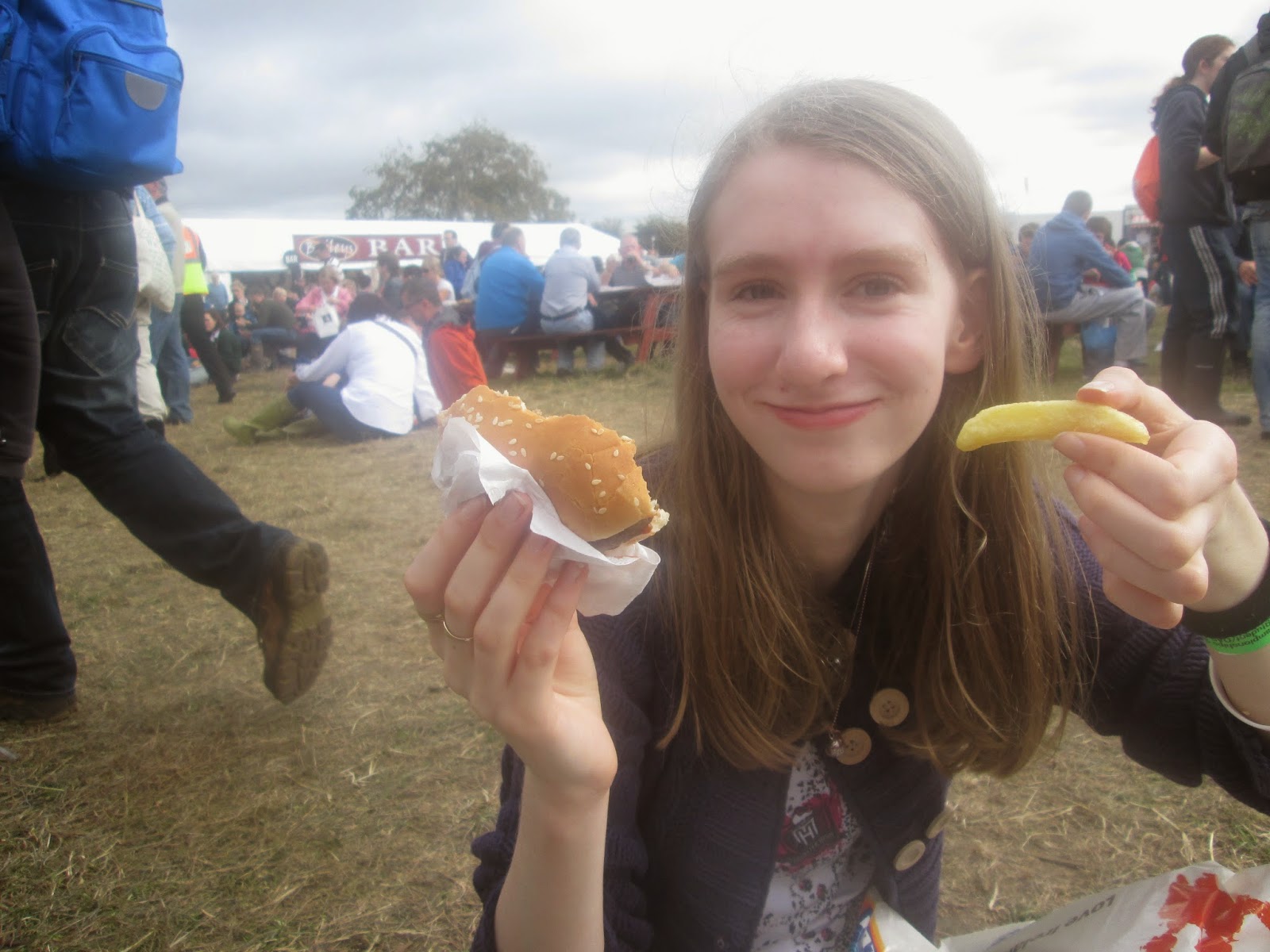 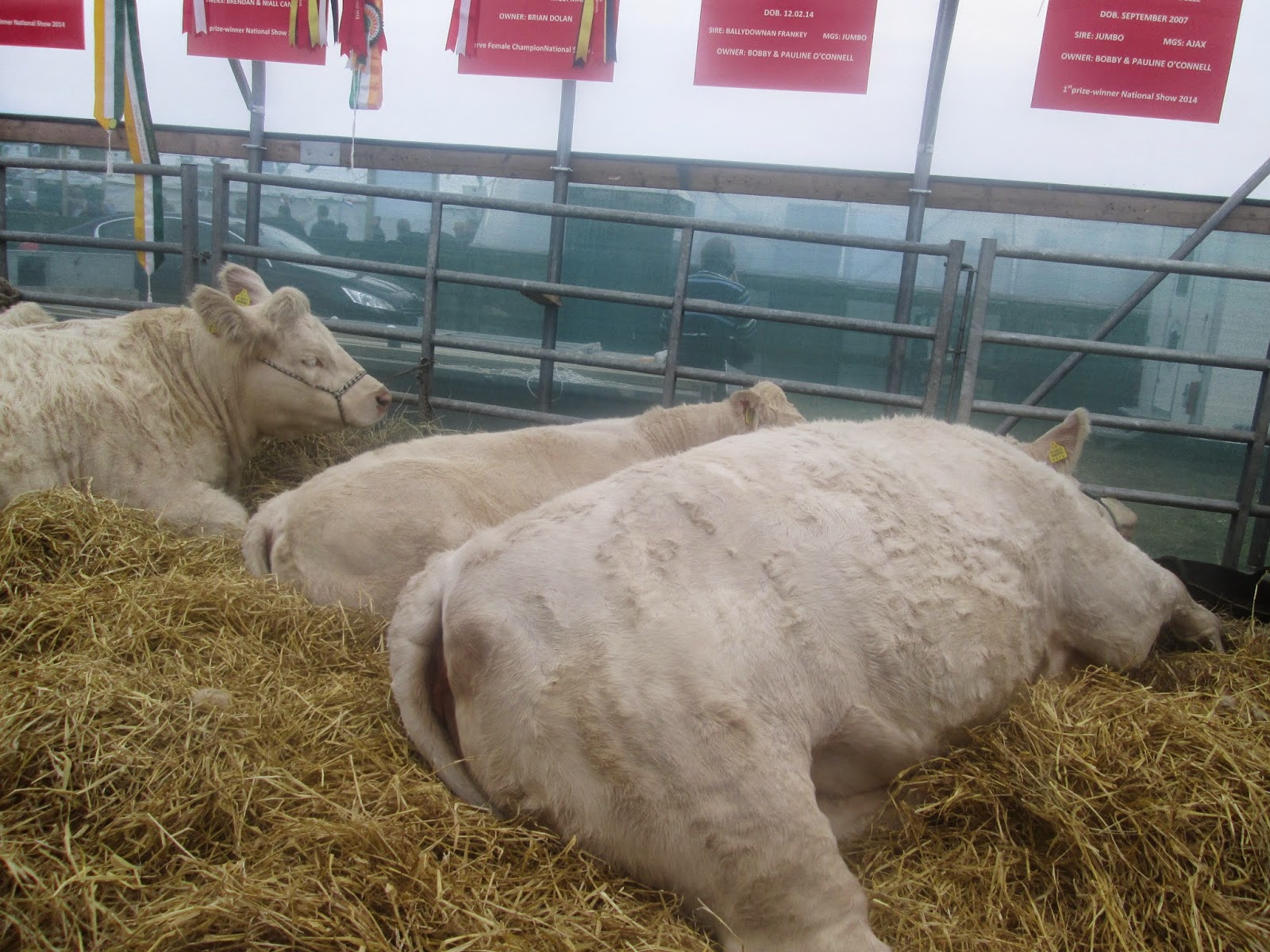 Today we went to the ploughing match and as expected, 8.45am sharp turned into 8.50am and that turned into 8.55am. I have mixed opinions on the entire day. Every time we'd turn around a corner I'd suggest that maybe we turned back because that was all farmer stuff to which my friend would tell me something along the lines of this being a farming event so there'd be farmer stuff everywhere. I eventually copped on and worked out that it wasn't really my thing. I couldn't find any of the free chips everyone gushes about so I reluctantly bought a portion which cost €3 - they were sort of worth it in the end besides the idiots (who were surprisingly not from school.) nearby throwing chips at us. Shout out to you lot, I hope a heifer chewed off her rope and knocked you over. Good things that happened included the free yummy jelly beans which looked and tasted like glitter and the pretty beads and craft supplies at stalls which were cute to photograph but not to buy.

Four of us walked back fairly early (after selfies and the likes.) and we missed the tractor and trailer which brings people to and from buses by seconds so by the time it came around next time, a lot of others from our year were also heading back. One of my friends decided that a whole load of us should get in a group photo (I would insert it here but I've no access to it.) and even more photos so when were told to get on the buses I was just like yes please I need to go for a nap. But I didn't because for the first few minutes it was the quietest bus I've ever been on and then before I could even finish saying "it's awful quiet" it became the rowdiest bus I've been on.

I personally think the response to "I say *can't understand your yelling*, you say *still can't understand your yelling*" being "I say *shut* you say *up*" was the funniest part of the day. Or at least the funniest part of the bus journey. The fact that half the bus were wrecked from the day and the other half were clearly on an adrenaline rush didn't exactly mix well but I found the journey quite an amusing end to the day anyway.

Back to classes, I really enjoyed modules this week - especially Drama and Public Speaking. Every group performed their elevator scene in drama and we had very diverse characters which made seriously chaotic and funny to do - a snobby guy who didn't really have much respect for anyone else (these photos are his.), a paranoid and claustrophobic girl who's worst nightmares basically came through, two screaming teenagers who only cared around getting their nails done (I played one.), a chain smoker who didn't give a monkey until she uttered the words "where's me fags" and two extremely laid back workers who turned their attention to football and teddy bears. If this is relevant at all, I should add that my character runs back in to the lift to get her phone after we're all let out. And then she dies.

Public speaking was interesting to say the least. Our assignment was to write a thirty second speech which turned out to be a thirty second introduction to our speeches and I decided I should do my speech about feminism and gender equality. Because that would not cause a stir in the class at all, god no. So somehow I came up with an introduction which I naively didn't think would cause everyone in the class to look at me as if I had two heads. And they did. So the people I presumed wouldn't like it because they didn't like feminism of course didn't like it and when people were asked to rate it I got pretty low scores compared to others to put it nicely but you're entitled to your opinion so it didn't exactly bother me. And then I was looked at by a few of my lovely classmates as if I was speaking about constipation and diarrhoea which prompted me to develop a skill in keeping a straight face. I did find the overall experience both hilarious and frustrating and if any of my classmates read this - do look forward to my ninety second speech next week. I, myself, do look forward to seeing the faces you make.

Tomorrow is European Day of Languages so all the Transition Years are going to the cinema to watch a film in the language they learn ! Besides being excited to miss Maths again (not so much Irish and Religion.) the French film sounds seriously good so I'm looking forward to that !