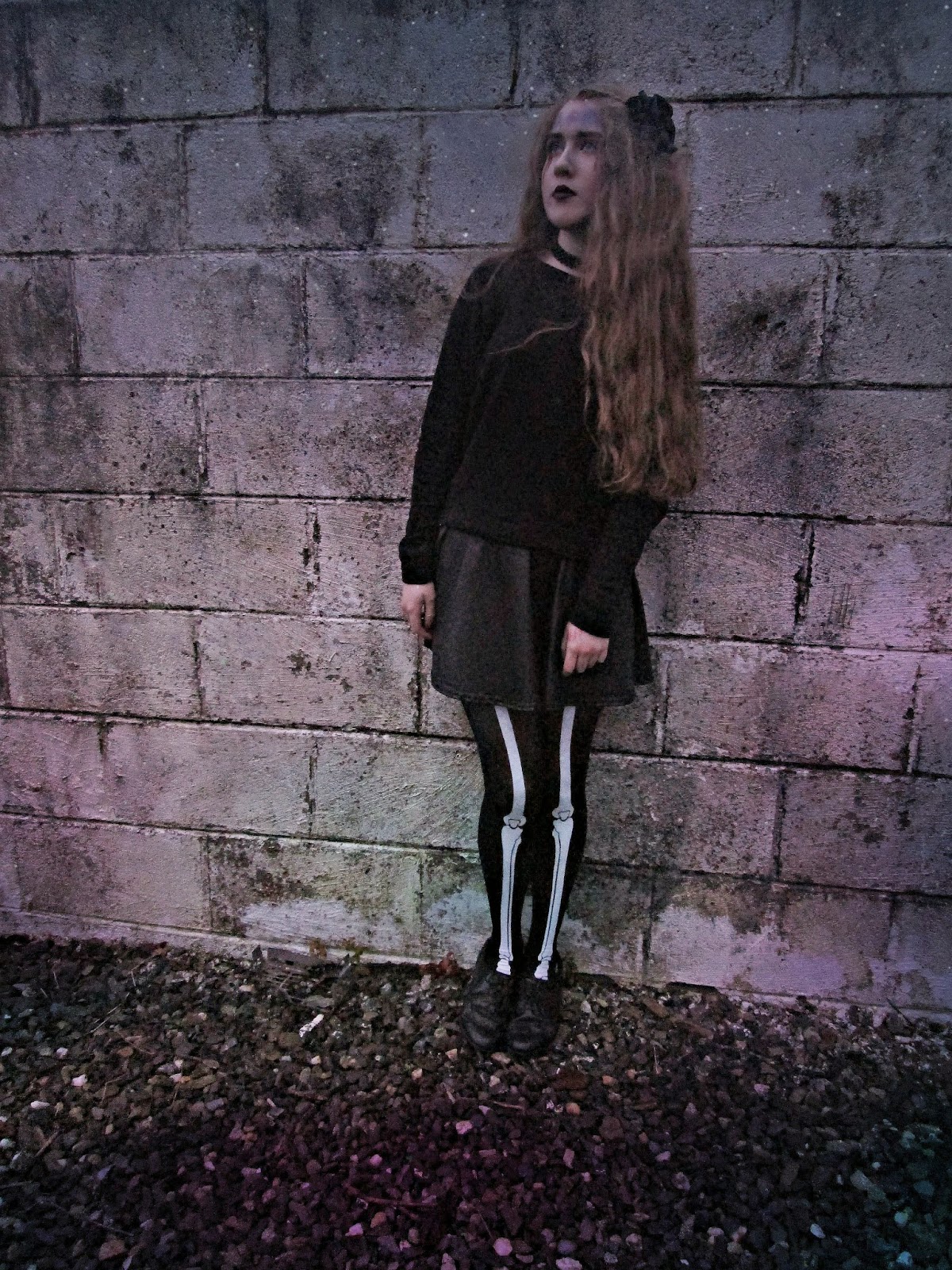 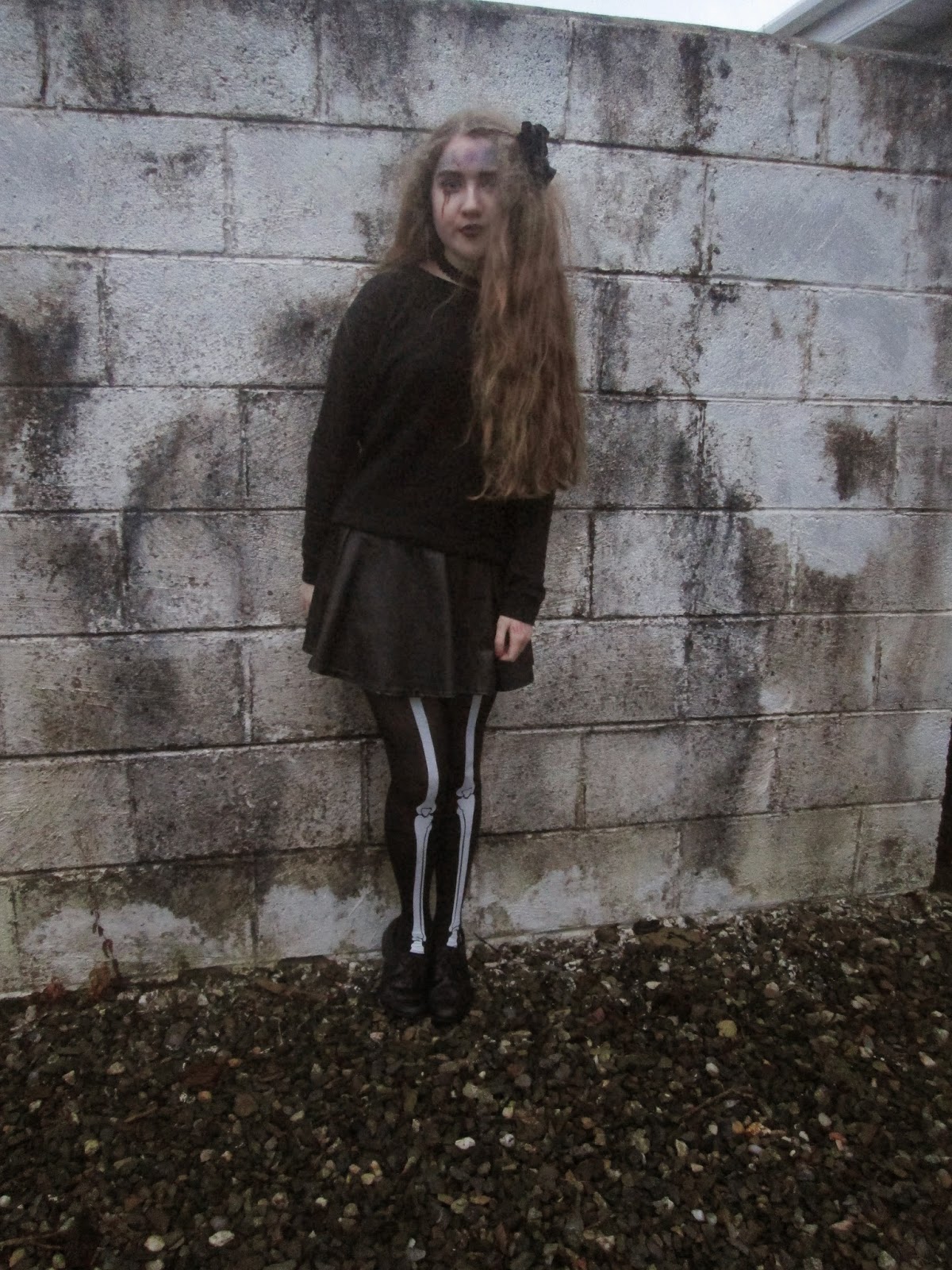 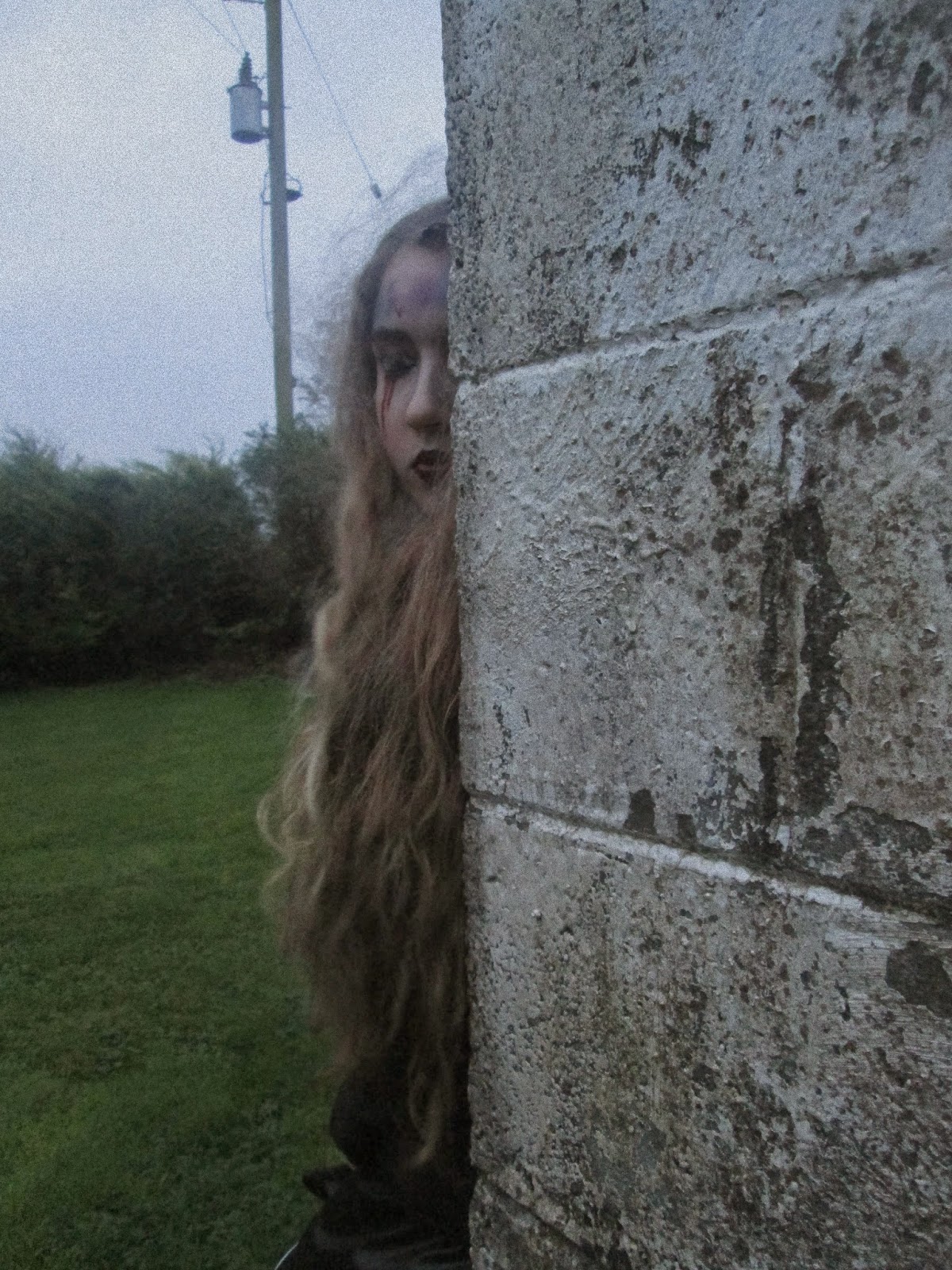 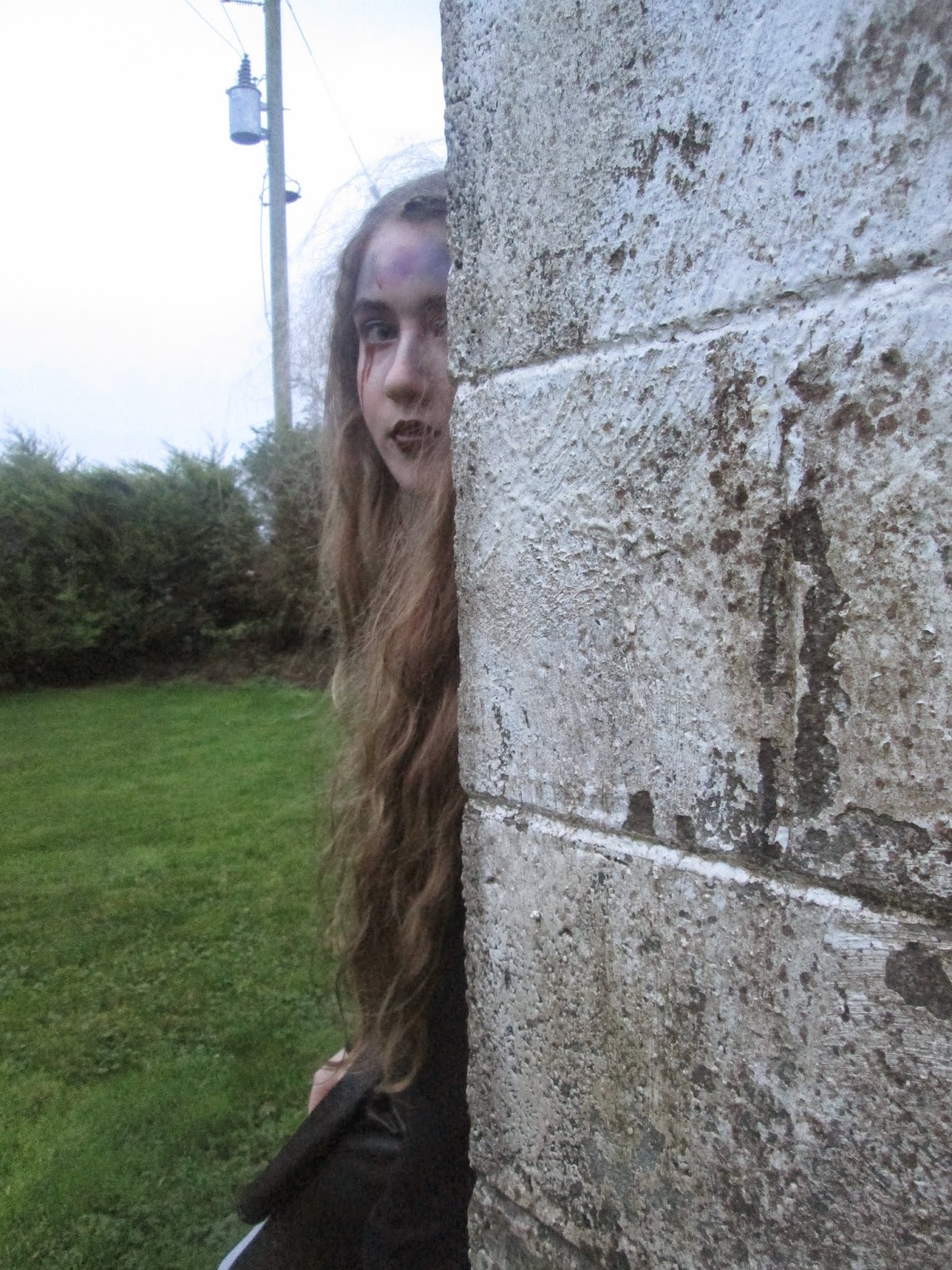 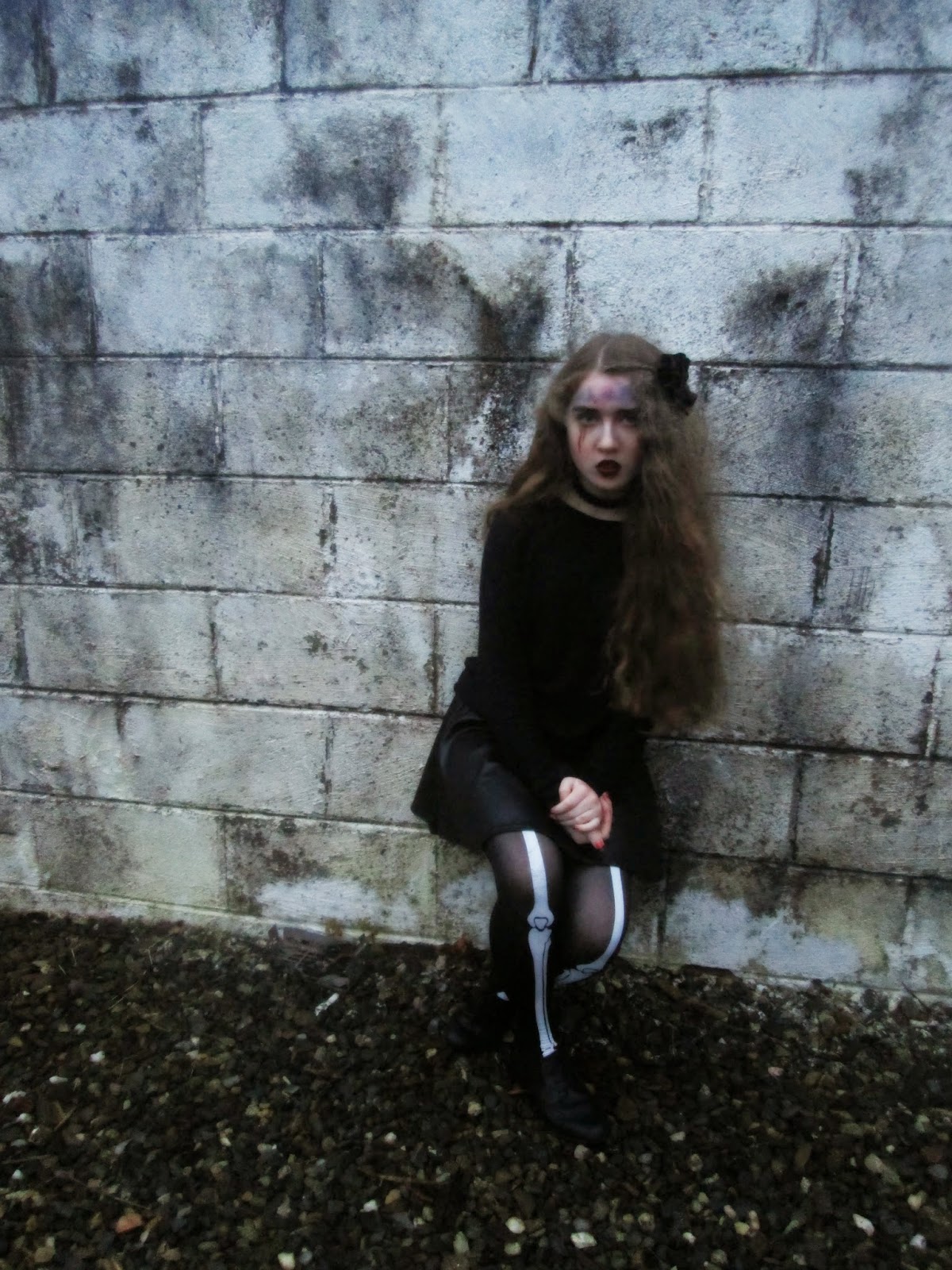 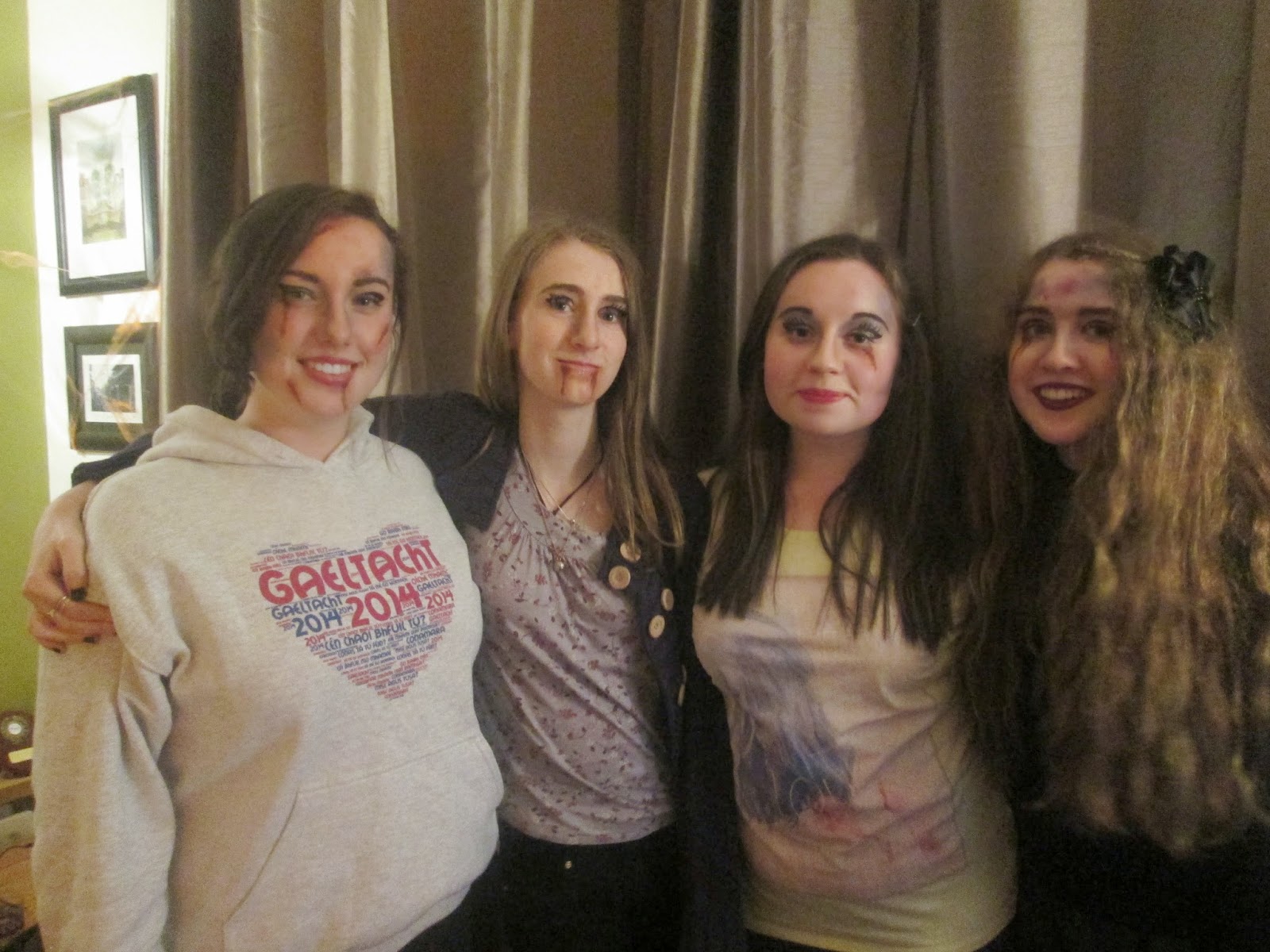 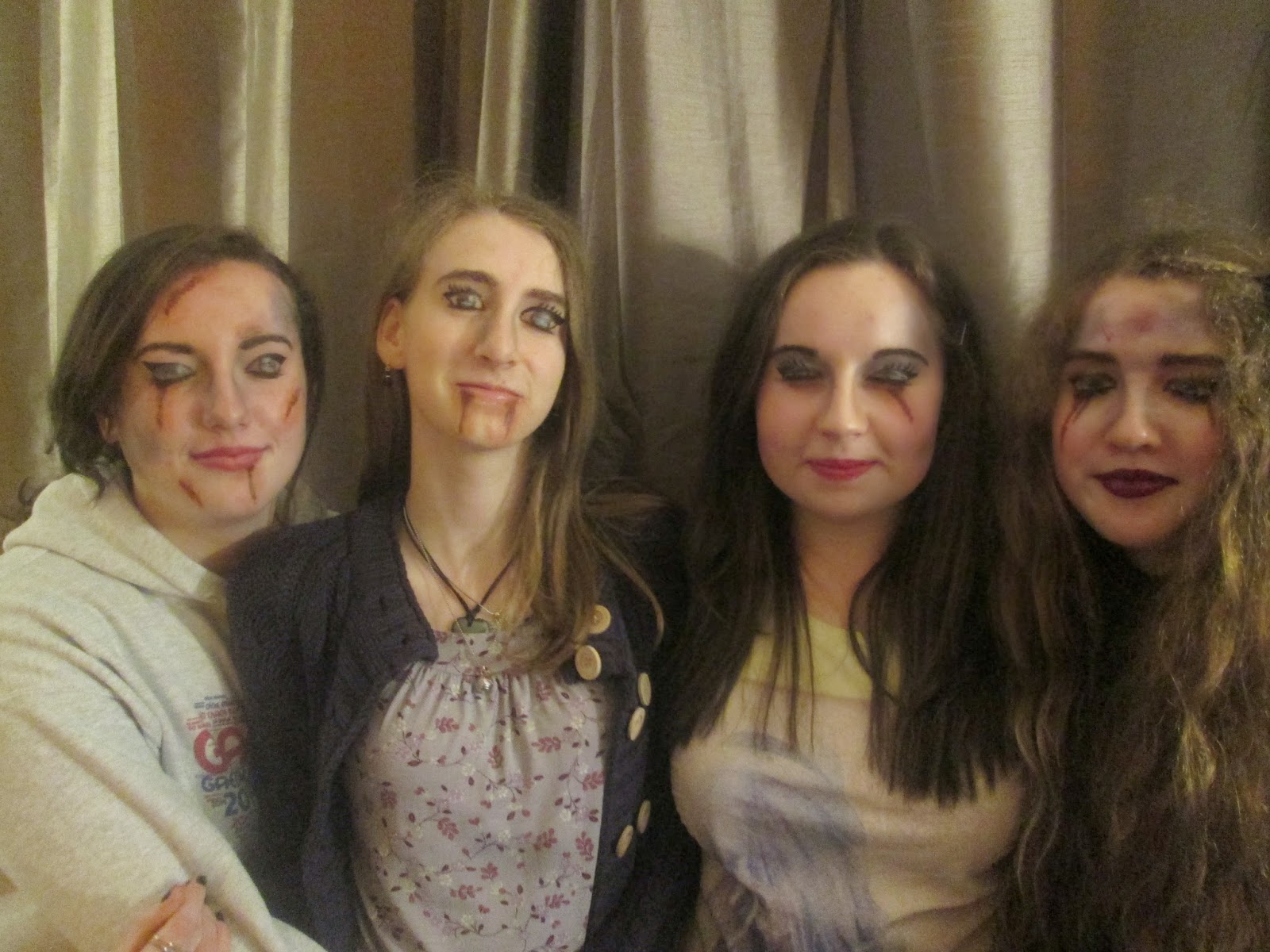 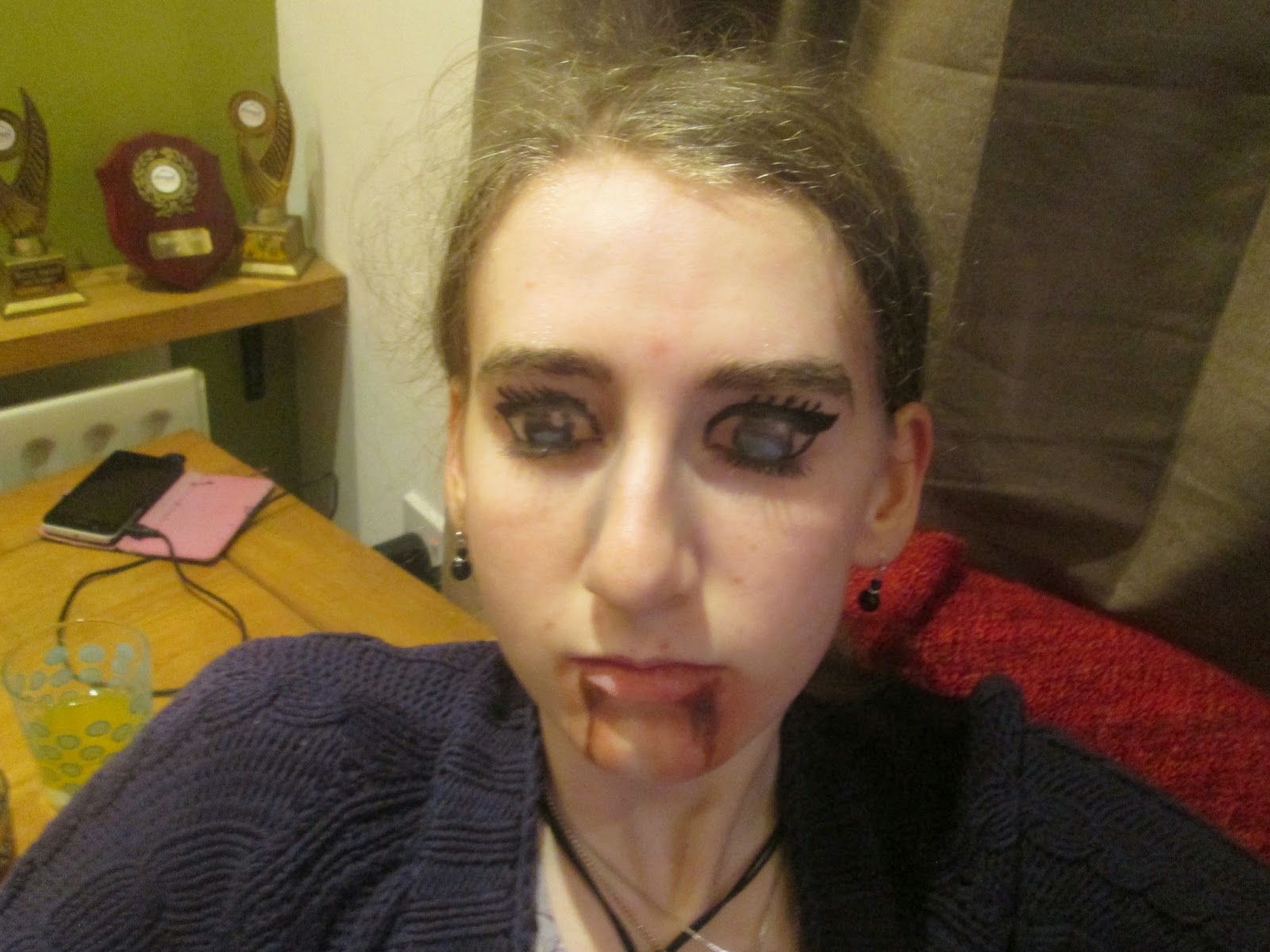 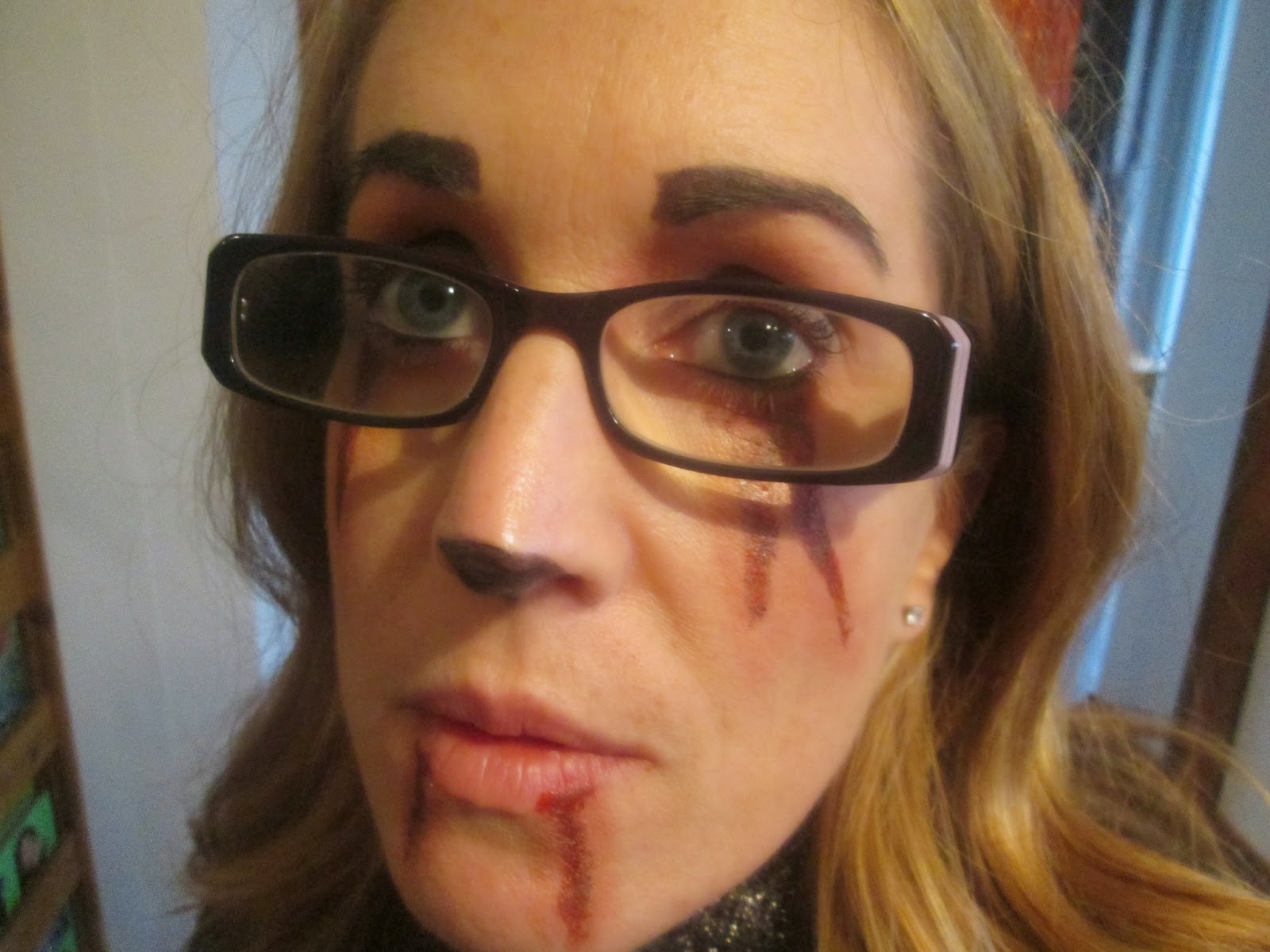 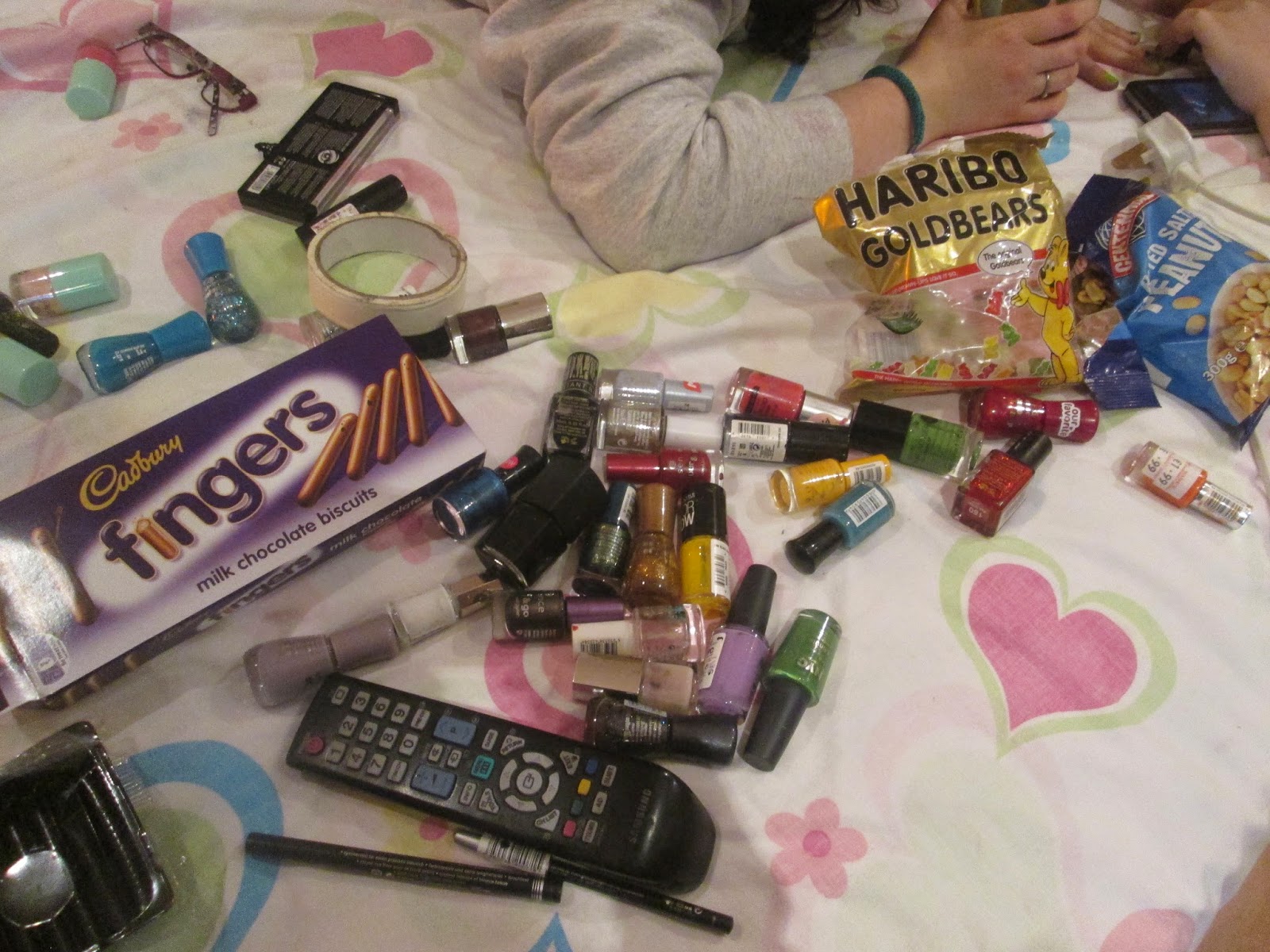 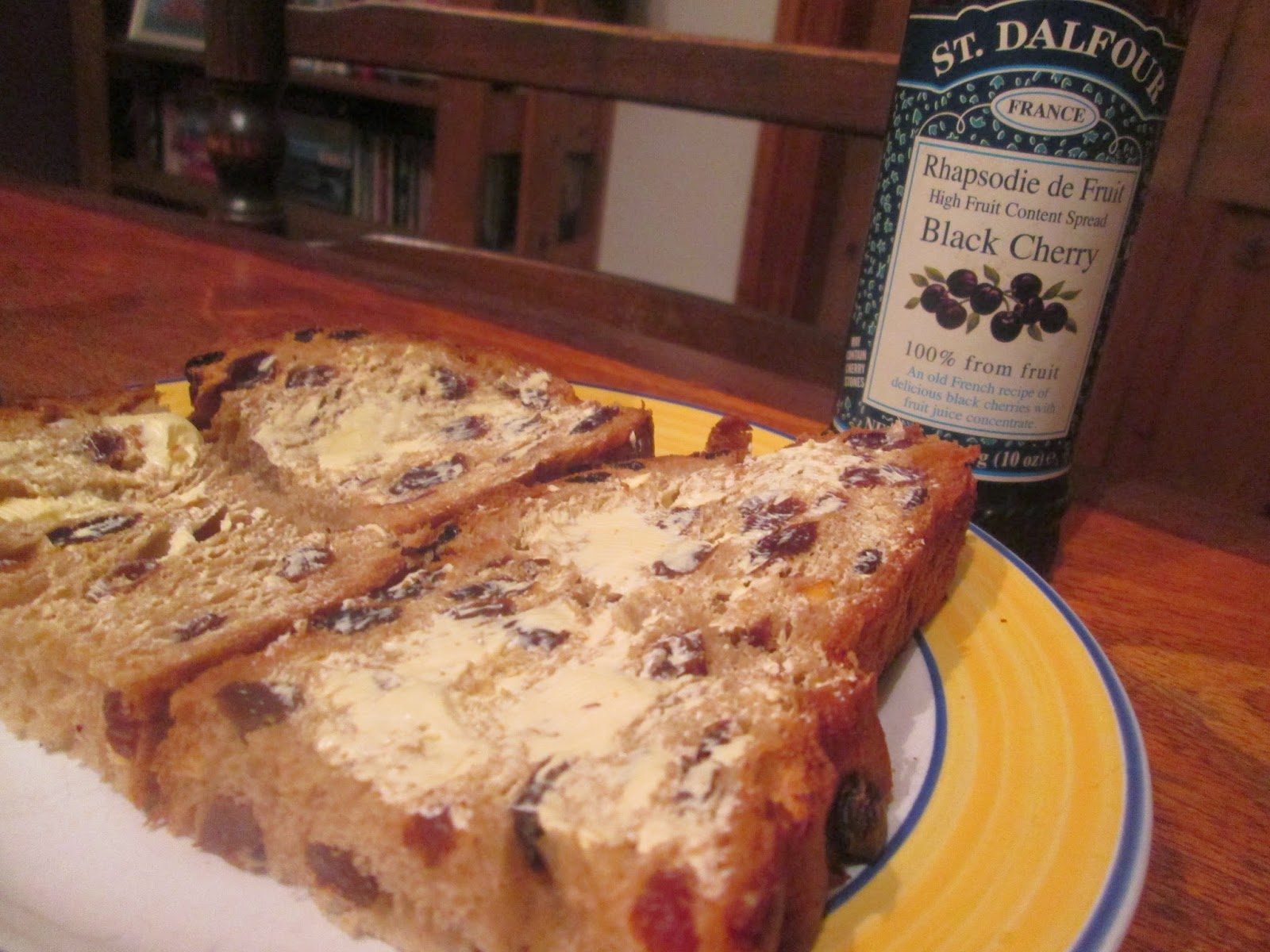 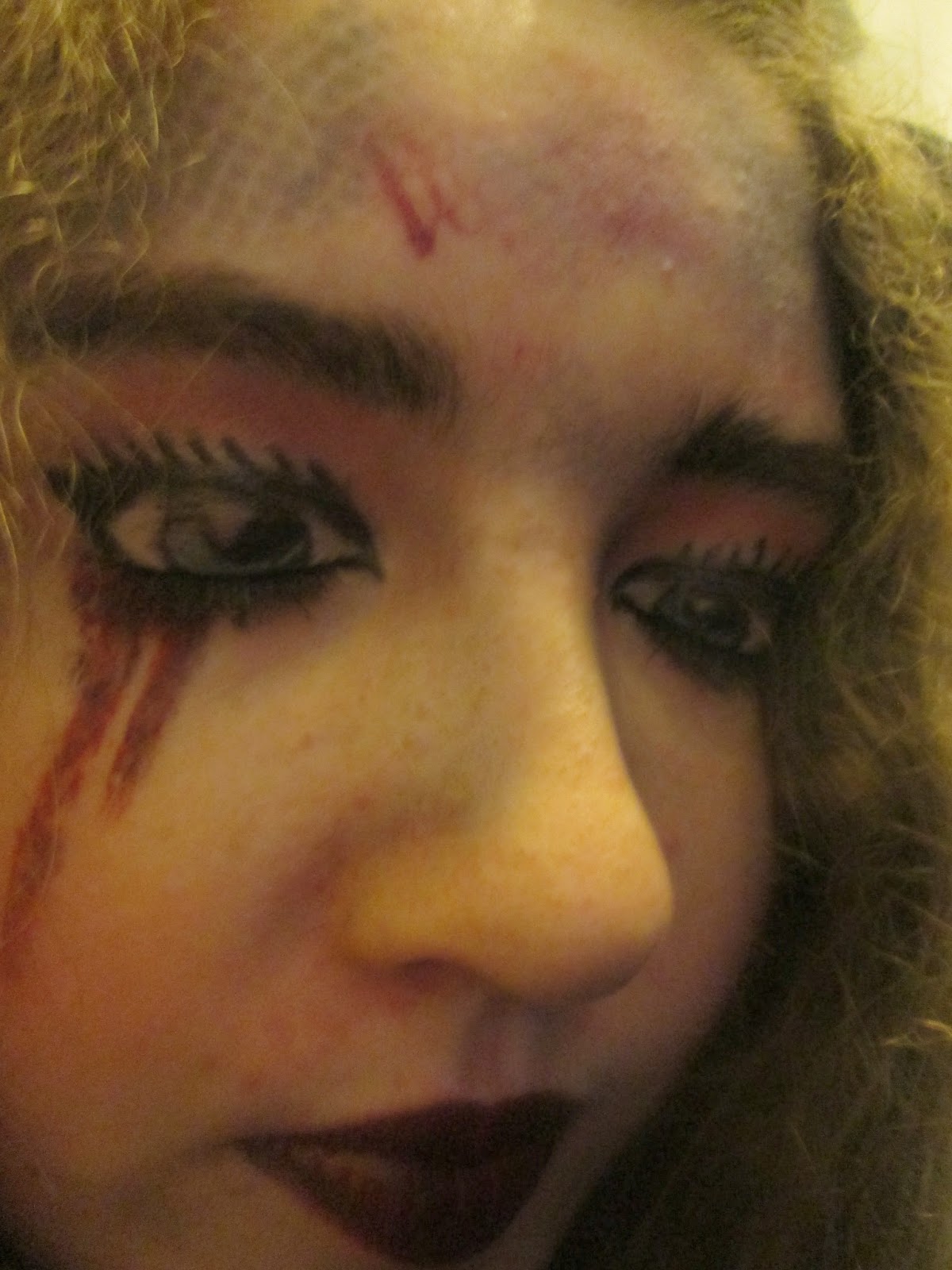 As per usual, this Halloween I had no idea what or who I would like to dress up as which is why I am, as usual, dressed in black with a heap of eyeliner, fake blood and dull eyeshadows planted on my face. My general theme was anime eyes after being told numerous times that my attempt at the look several weeks ago was creepy and frightening so naturally, I had to force my friends to let me do the same on their eyelids ! Whilst we ate a box of chocolate fingers together in less that five minutes and my friend painted our nails, I generally attacked their faces with the pencil and liner for the anime eyes, fake blood anywhere they wanted and black eye pencil on their brows- a bit of navy and grey eyeshadow too for creepy contouring ! After this, our evening consisted of eating all the food before it was actually needed, quoting along to Mean Girls and creating too many group chats on our phones and whirls. Halloween is the definition of Halloween for a reason !

My mam also allowed me to spook-ify her face earlier on in the day which resulted in lots of eye liner and fake blood again ! Besides the eyes, my makeup consisted of blood running from an eye, mermaid scales using fishnet tights and eyeshadow for contouring along with some mess ups that turned out like bruising and berry lipstick mixed with black eye pencil. Also, back to my outfit - Ignoring me dressing so colourful as always, I was in Penneys on Thursday looking for the fishnets when I saw the patterned panda face and skeleton tights which have been available online for yonks yet only now the shops are hopping onto the trend. I didn't plan on even buying a pair, except the skeleton pair were down to one euro as it was the day before Halloween (and apparently according to the world you can't dress like Halloween after October 31st.) so I kind of immediately grabbed the last pair because I am going to wear these until they are covered in holes !

That was my eventful Halloween that has caused me to be an actual zombie with exhaustion today and like a lot of my posts lately, I'm going to finish off with a quote - this one is a tweet of Lorde's (i.e the coolest seventeen year old on the planet.) from yesterday that sums me up perfectly