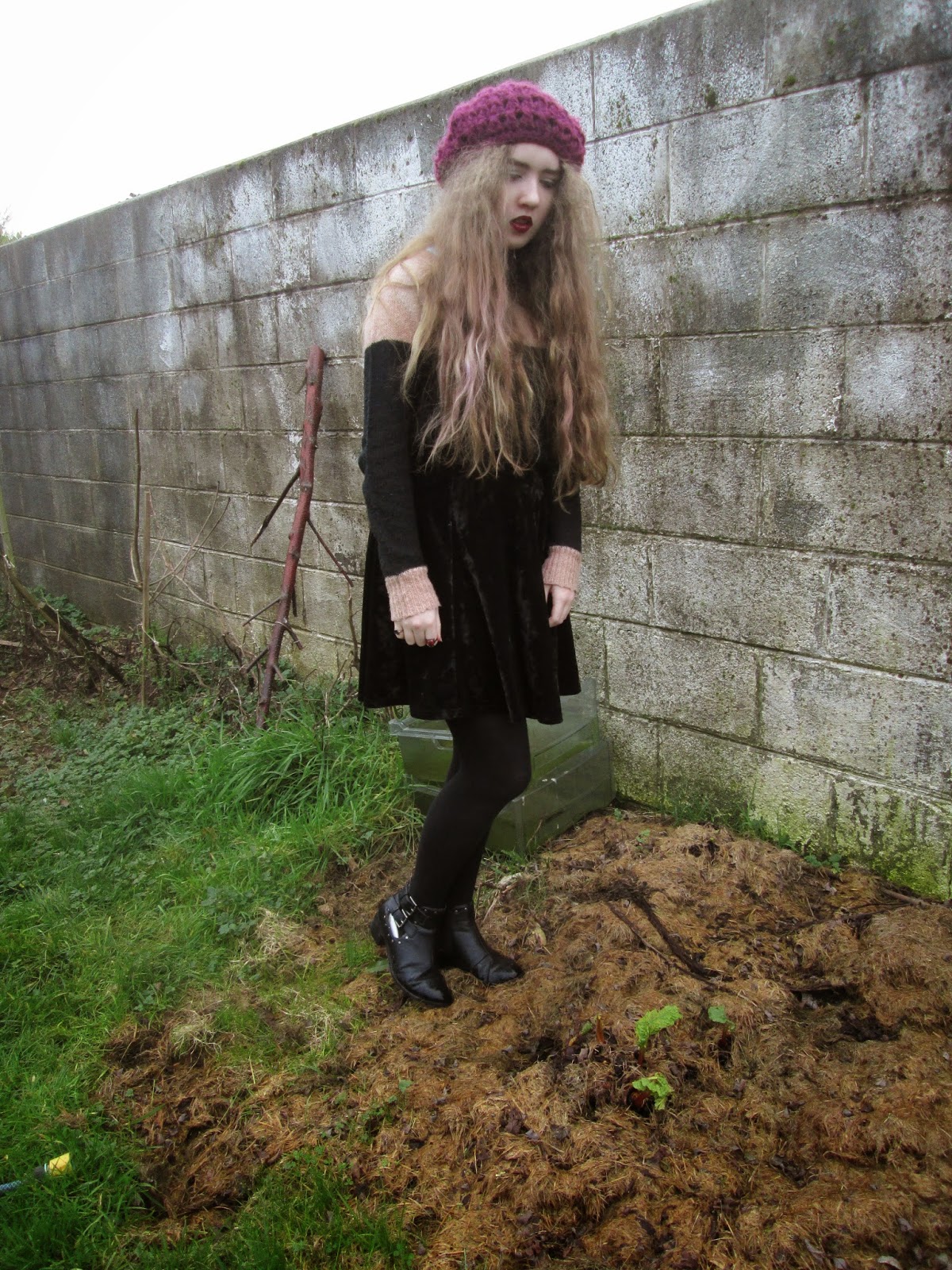 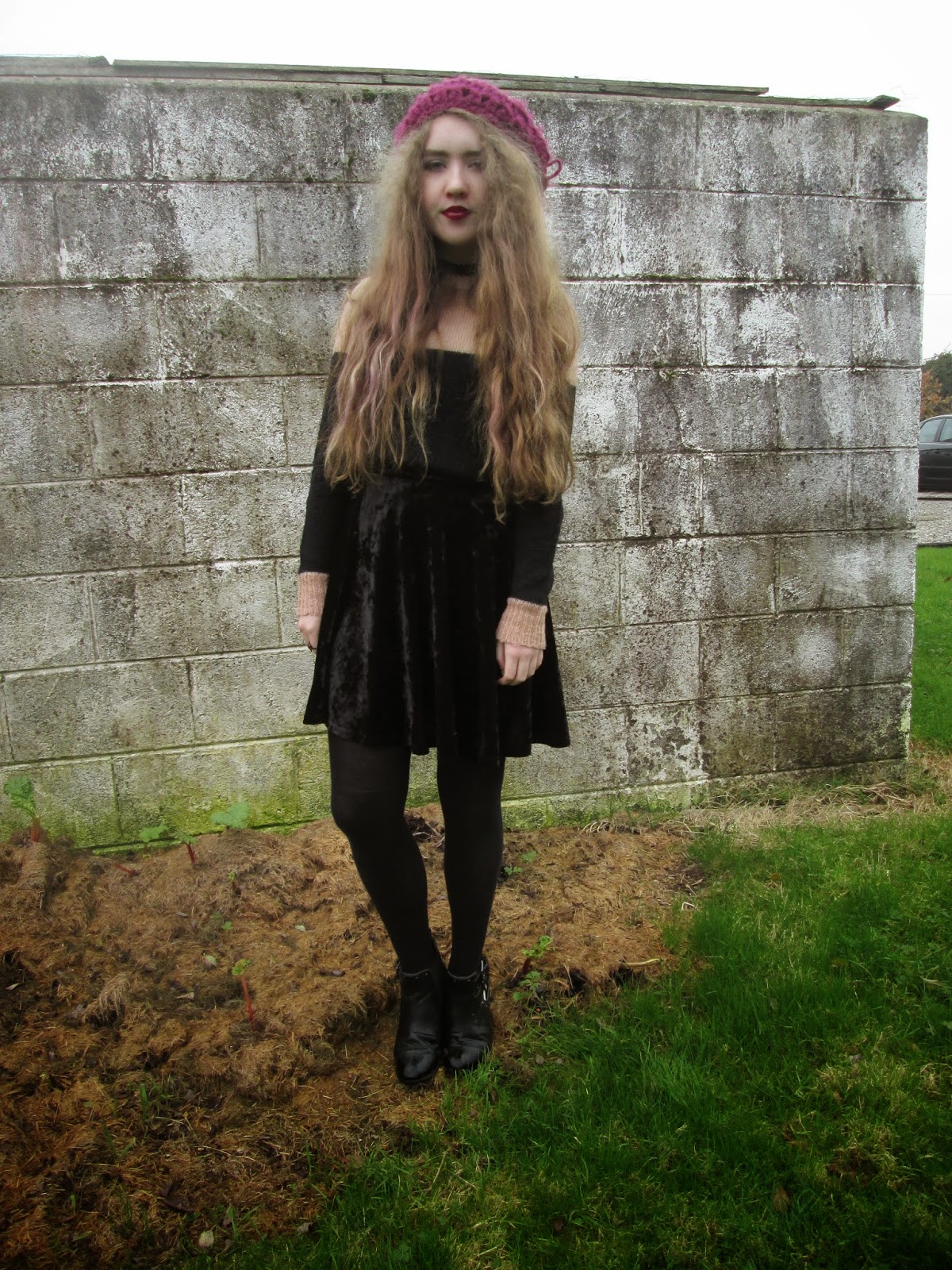 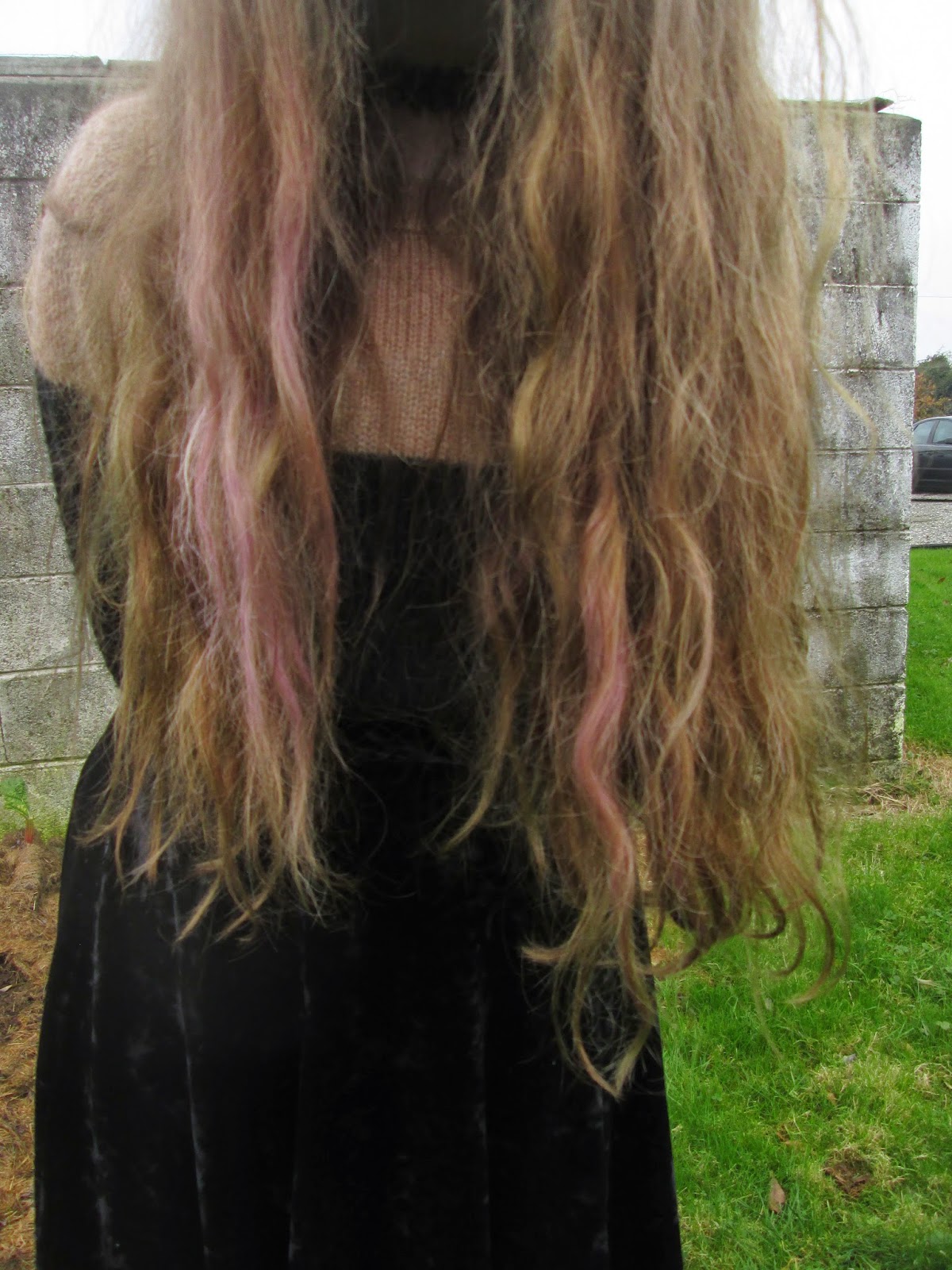 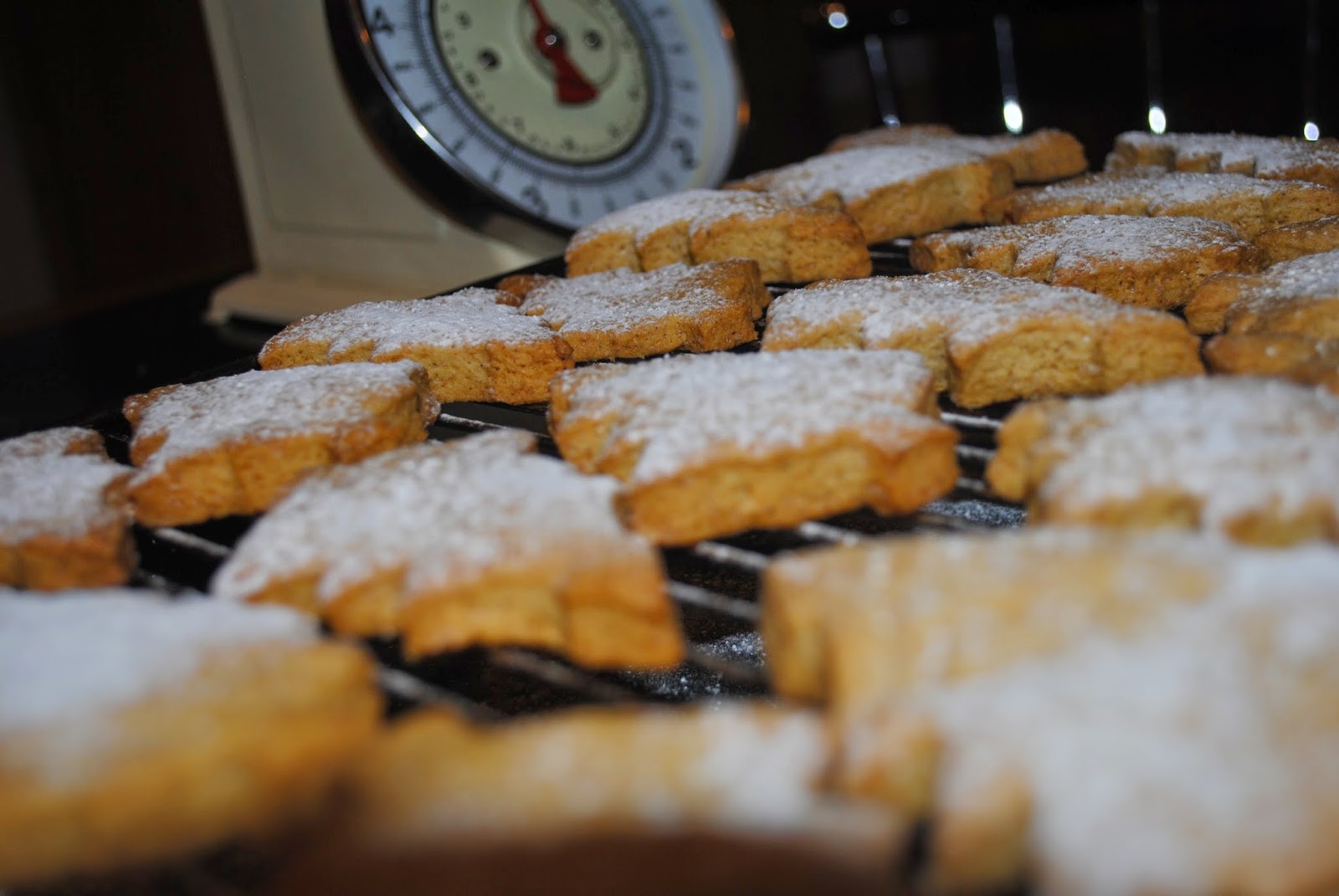 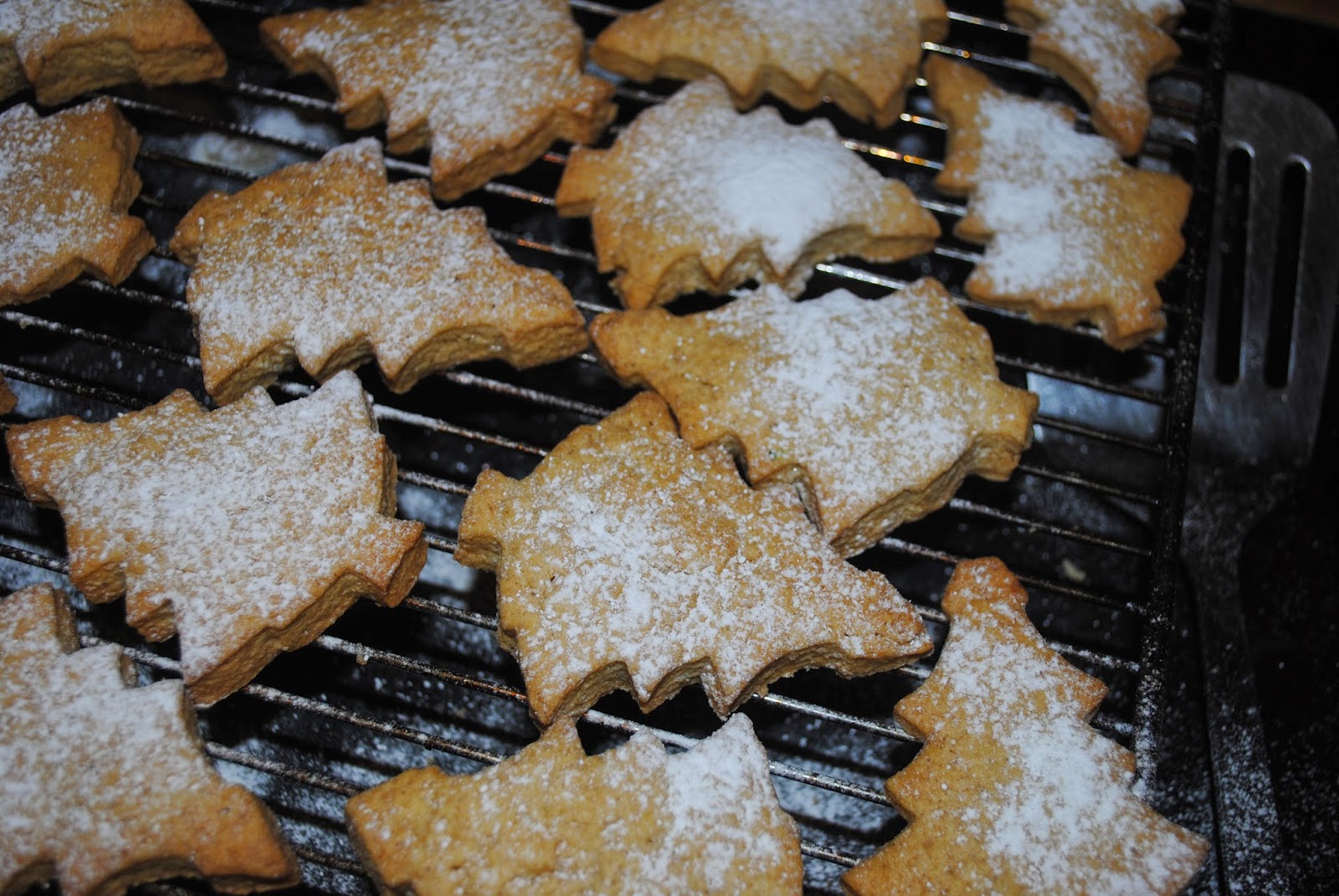 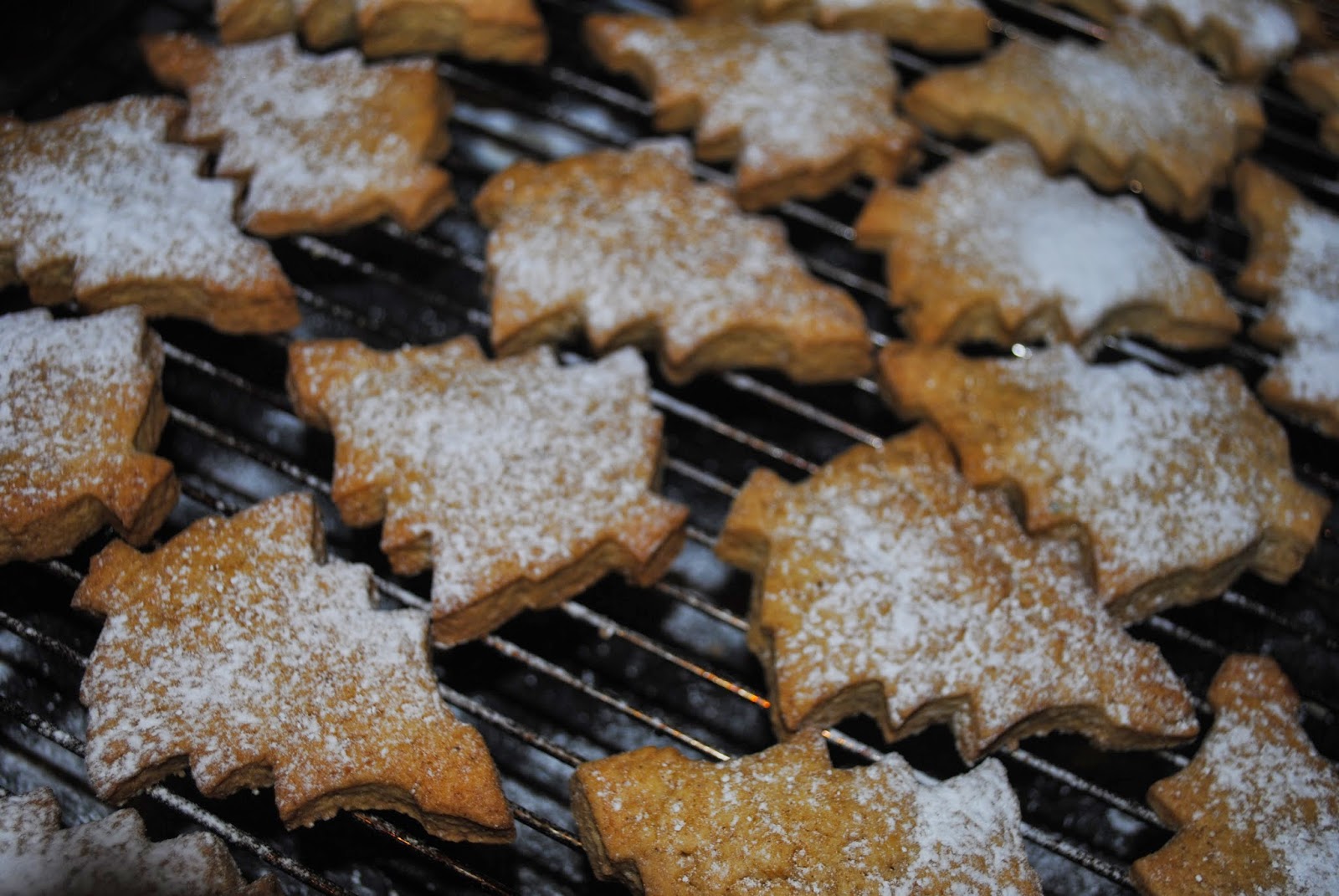 I didn't realise until like a day ago that portrait photos re-sized to X-Large actually stay within the borders on Blogspot so I'm trying a new thing here with outfit photos and would appreciate some feedback in the comments ! Anyway, I always mean to do a post on the outfit I'm wearing today yet never get around to it but luckily a light bulb lit up in my head this morning. In terms of details, as always I love love the two block colours in this jumper and since the brown is quite a soft biscuit colour, it looks really well with all the black and doesn't come across as looking too harsh or full on - not that it would matter, if it did. Also - back in August, Aveen gave me a purple hair chalk which had came free with a magazine she bought and since I don't have to worry about it not washing out (it will but just taking precautionary measures !) because of no school this week (yay for community service.) I put it in my bleached strands today and it actually half worked quite well so three cheers for that !

The latter photos were taken using my mam's fancy camera which has quality clearer than crystals so I'm attempting to get the hang of the settings, etc. again in time for the decorations going up, whenever they do, but for the moment, this is the first of the Christmas baking (my only contribution was tasting as we don't need a house burning down less than a month before Christmas.) ! Mam took amazing photos of them later so I'm just here like I am clearly not the expert.

I will have Christmas posts coming up except the DIY decorations may have to be put on hold for a while as I never seem to have the time or patience. Before I go, reminder that the #tbloggers chat is on tonight from 8pm. Tonight's host is the lovely Tolly so if you're a teenage blogger with a spare hour, do come along !

I sadly don't have a quote this week that I can post on the Internet. Boo hoo,

WE WILL FIND ONE NEXT WEEK,