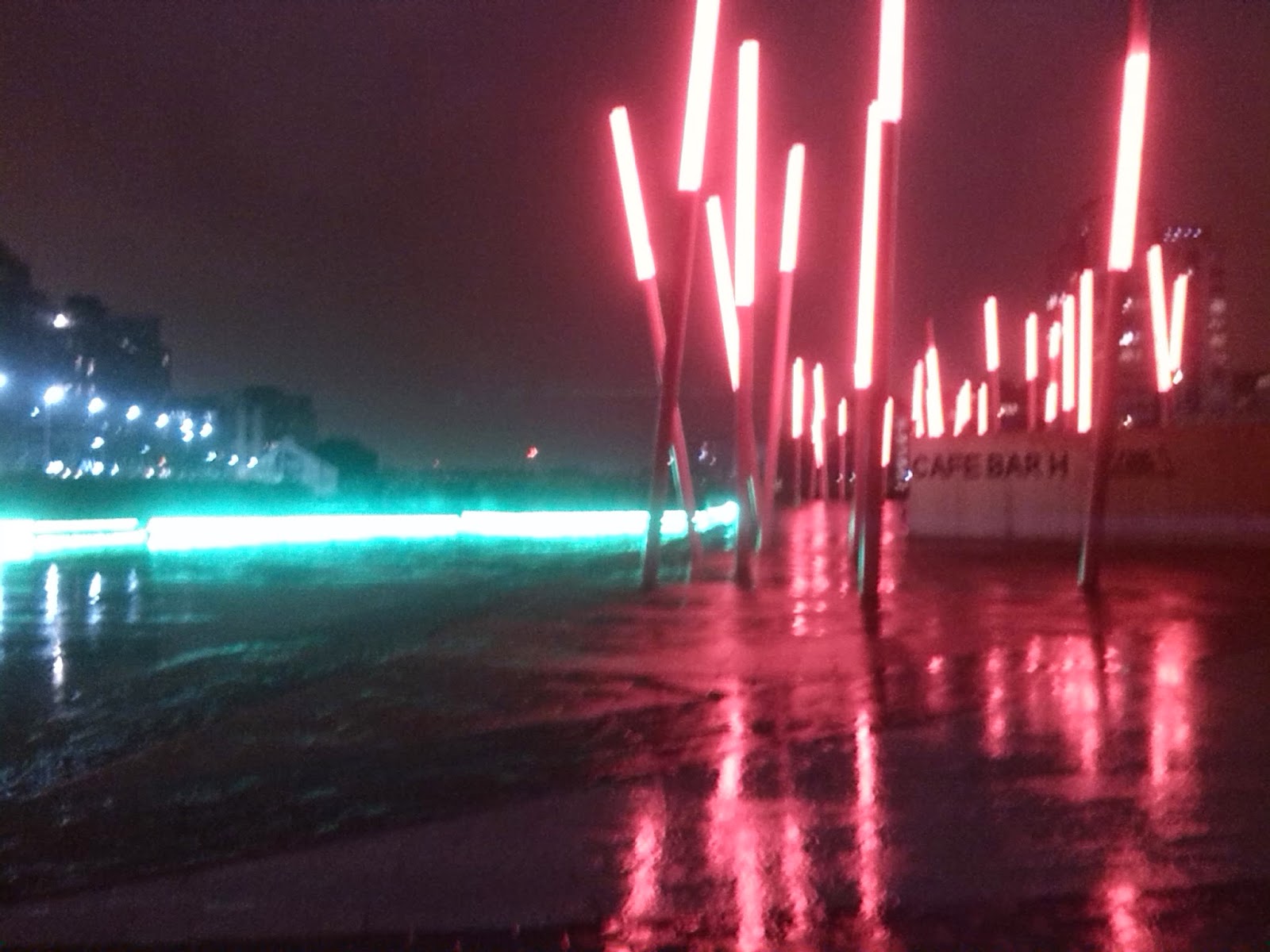 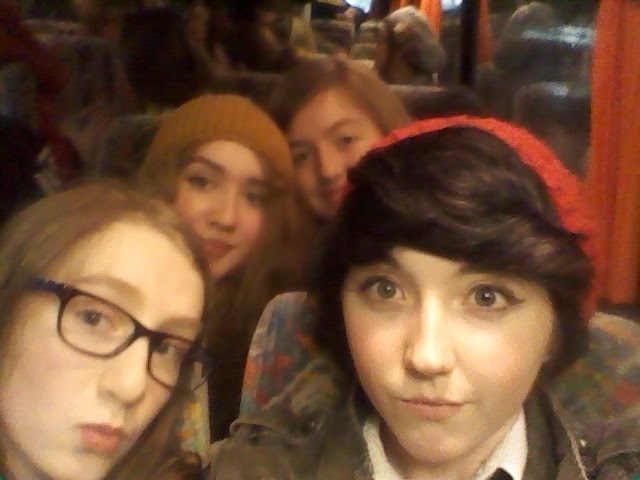 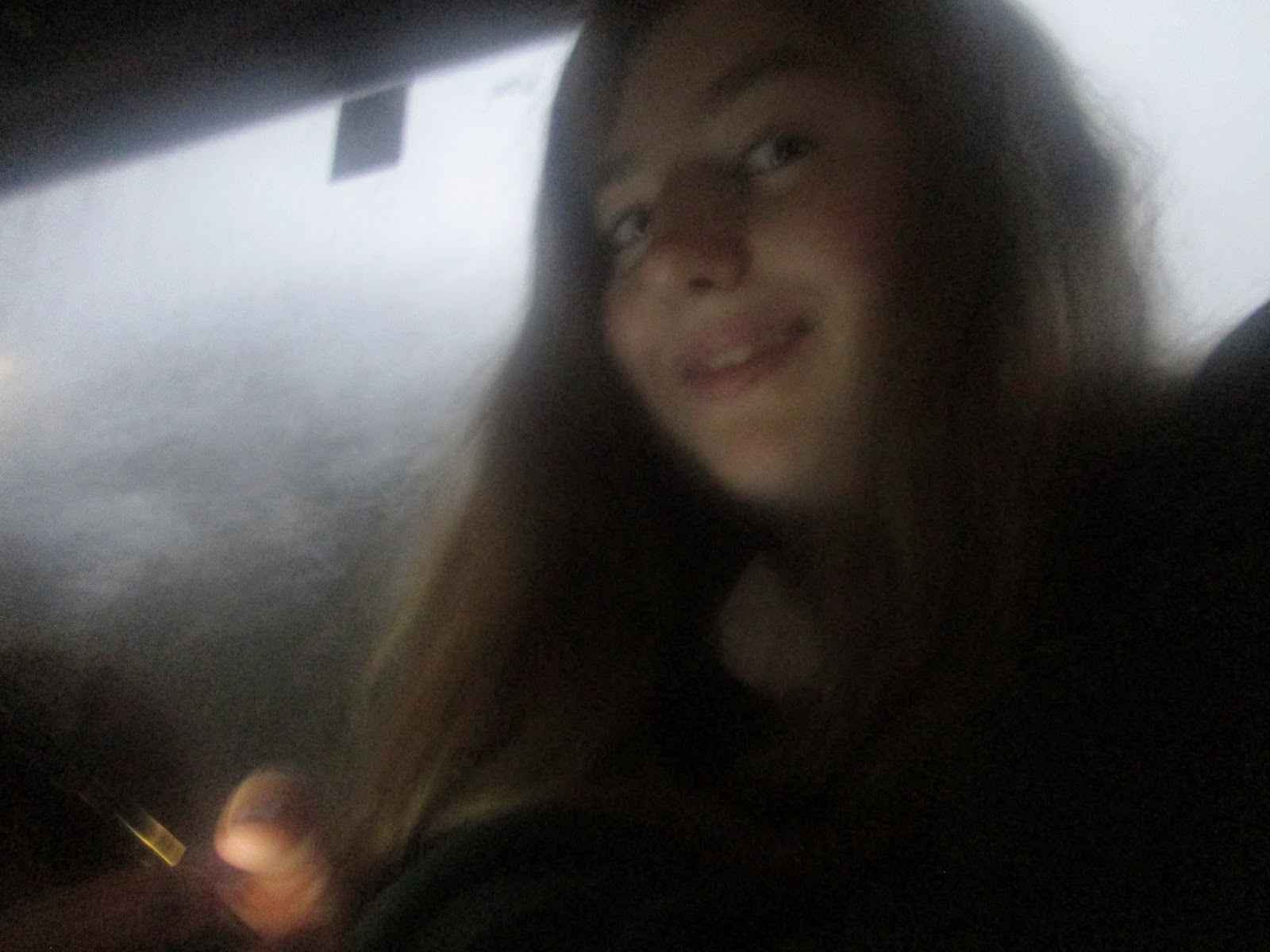 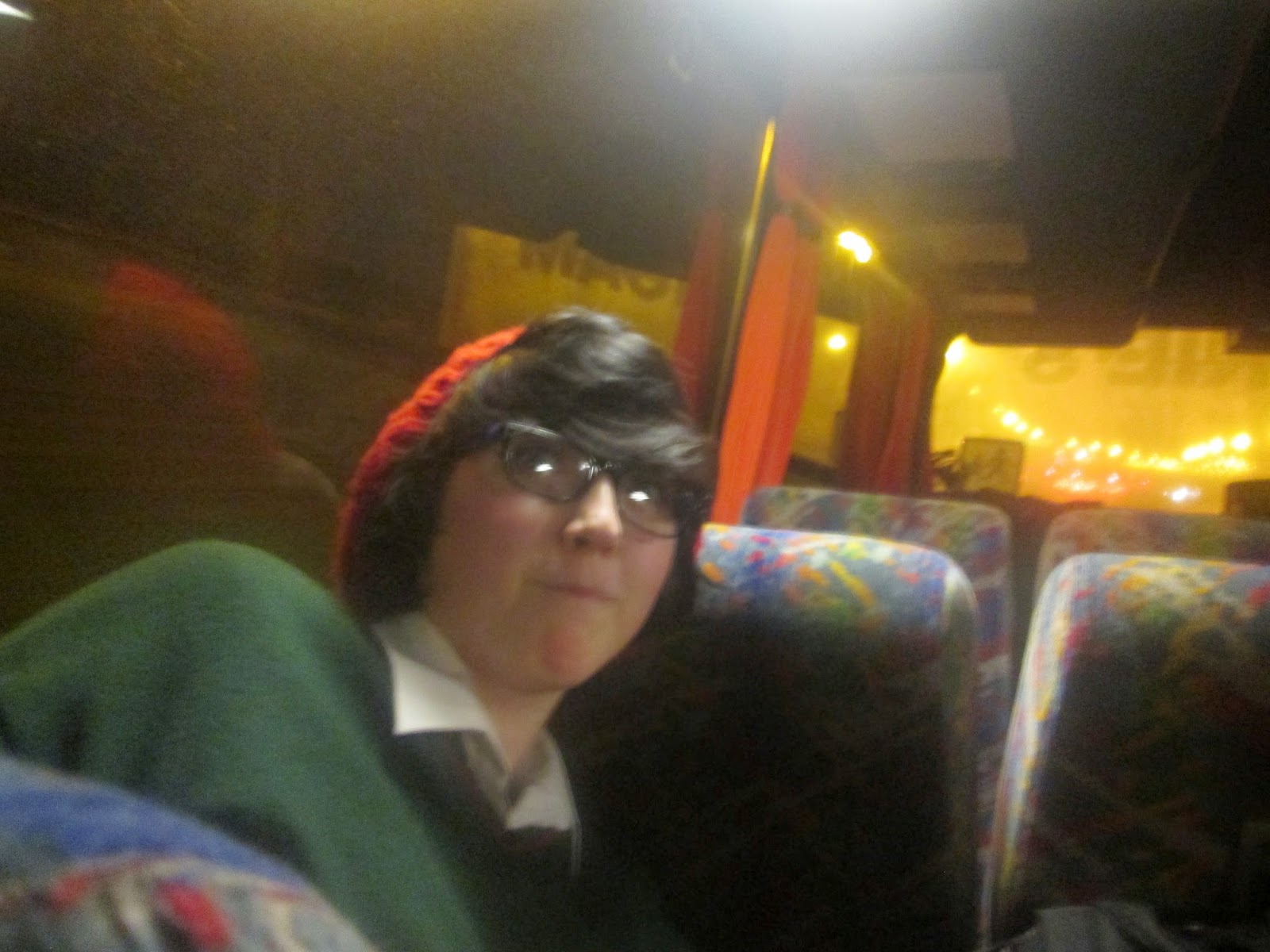 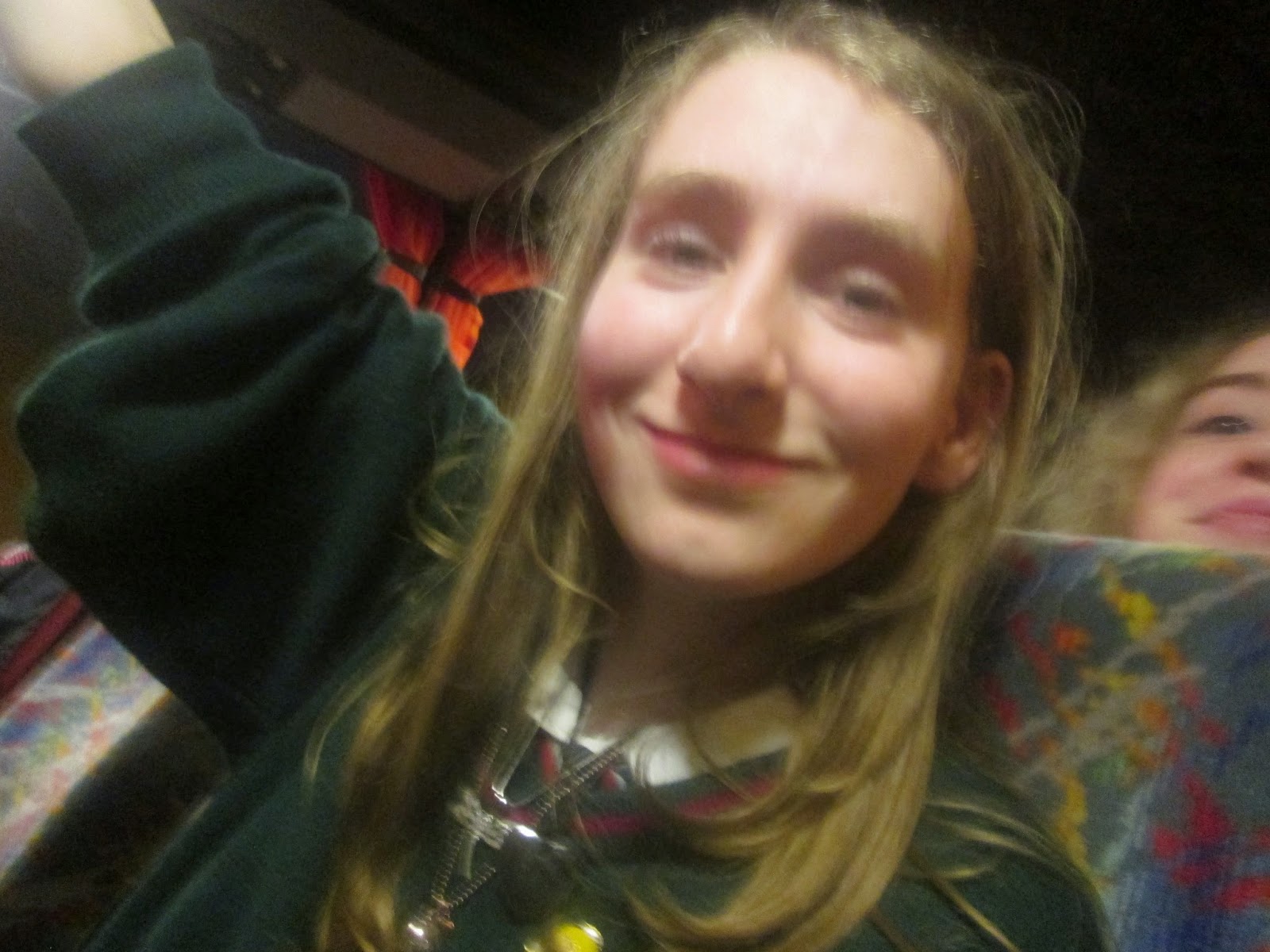 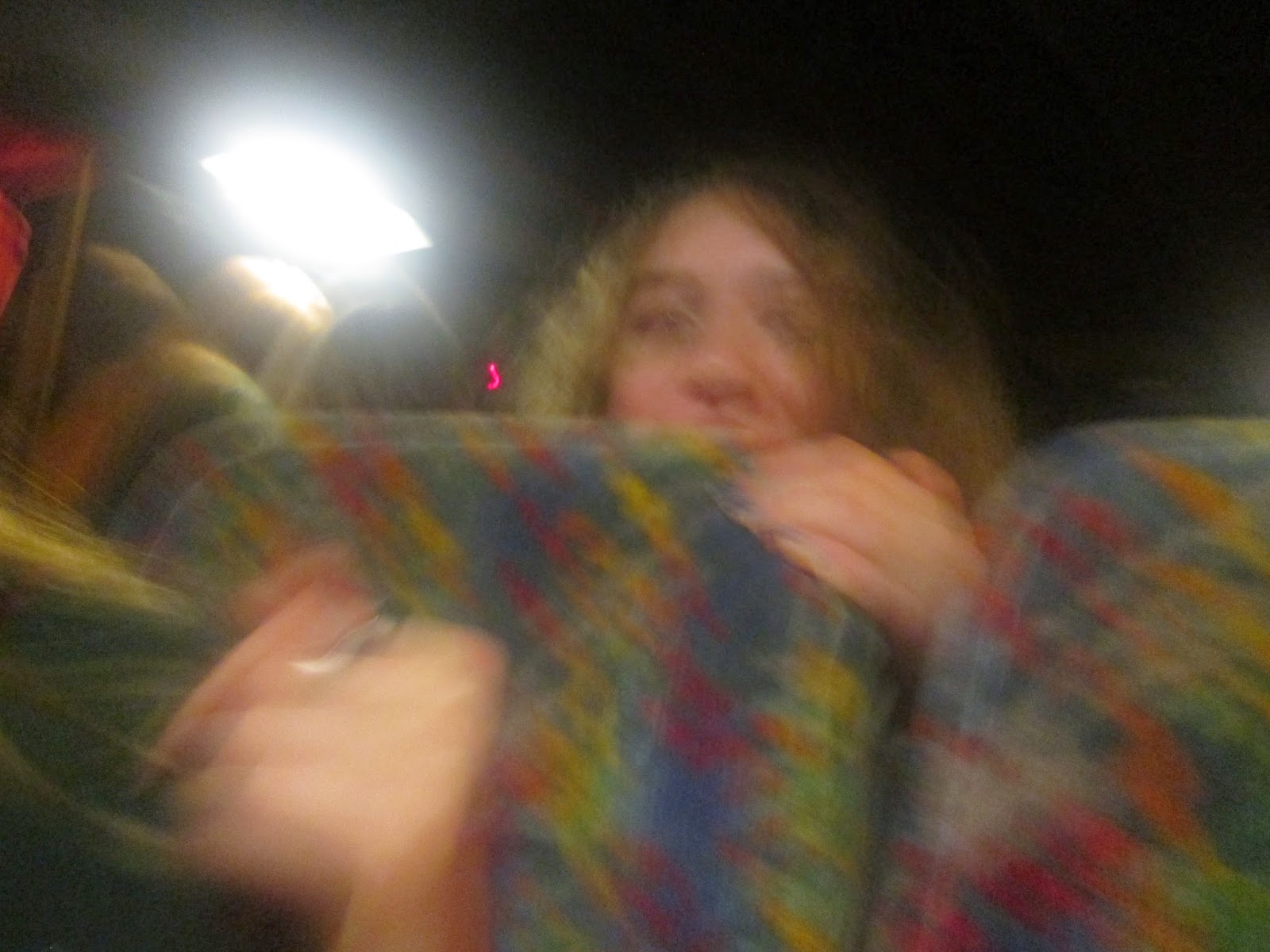 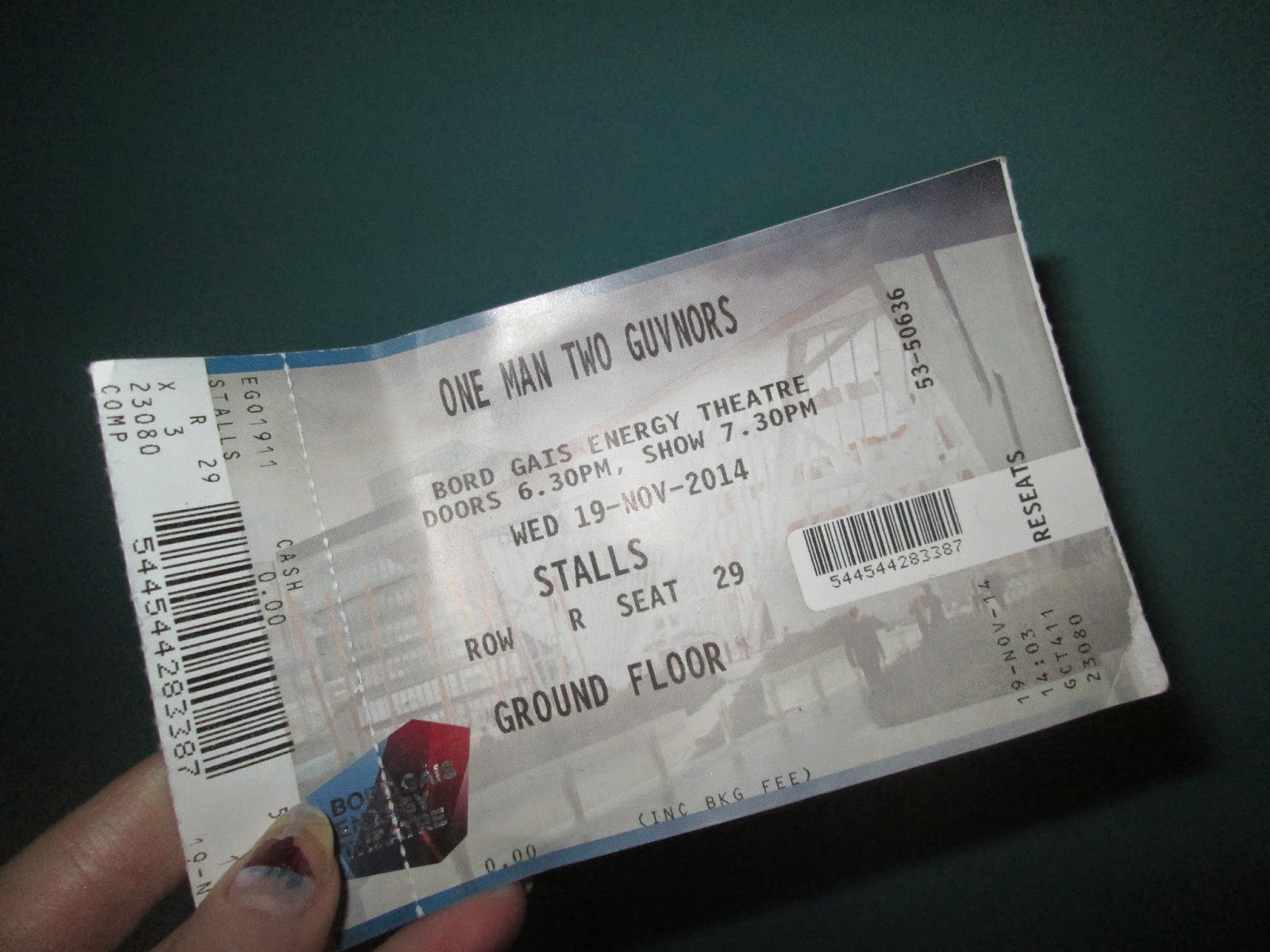 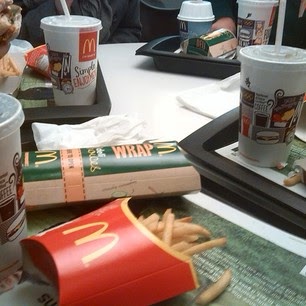 The highlight of last week was the trip to the Bord Gáis theatre to see 'One Man and Two Guvnors' on Wednesday as part of the Drama module ! We left after school during one of the darkest afternoons I'd seen in a while but I still enjoy bus journeys where it's gloom, gloom and more gloom outside the window. One pack of Tic Tacs and a dozen failed selfies later and we were in McDonalds where as per usual, I ordered too much which I couldn't finish and ended up just sitting there in the midst of photobombing food photos, like "why does this happen to me every time ?"

We arrived at the theatre with lots of time to settle into our seats before the skiffle band 'The Craze', who performed during every set change, came onstage. The show started at 7.30pm and although it took a while to get into, it ended up being hilarious and the plot twists and amazing improvisation made it ! My favourite part was the kitchen scene, right before the interval when the antics of elderly waiter with an unreliable back caused me to hiccup from laughing so much ! The icing on top was the terrified 'member of the audience' who was sprayed with water and foam and crashed into a door right before the break. There was a lot of conflicting theories over whether this was an actual member of the audience or not but after my friend did a bit of digging and sent me this link, I can tell you that she was in fact an actress who is obviously extremely talented if she can fool the audience into thinking that she is just there watching the show like the rest of us ! The show was brilliant anyway ,I'd really recommend it and the trip in general was amazing too ! 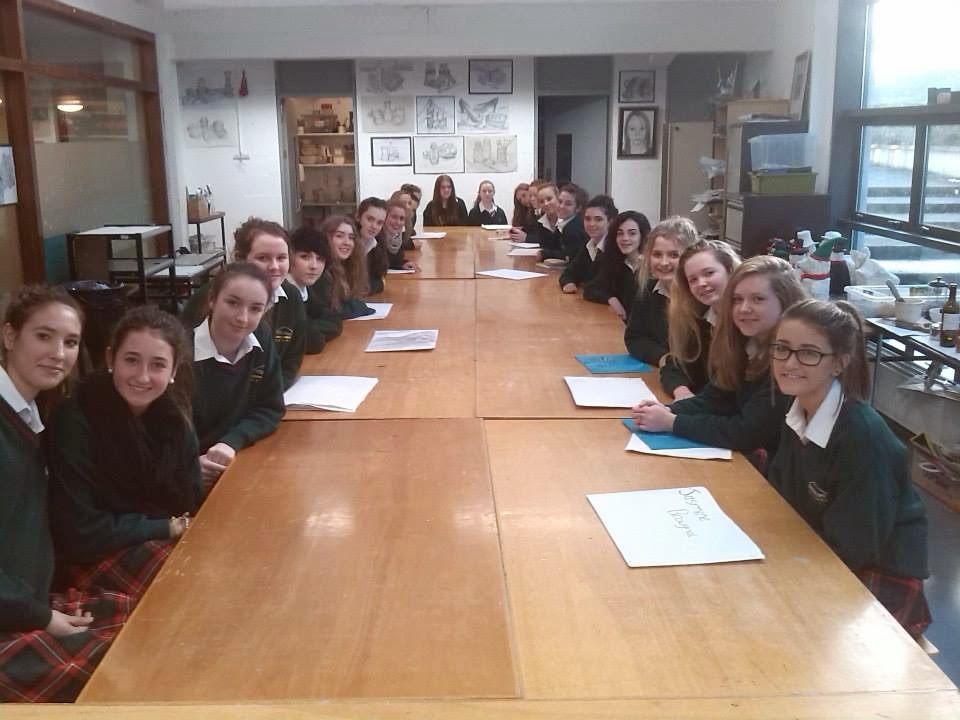 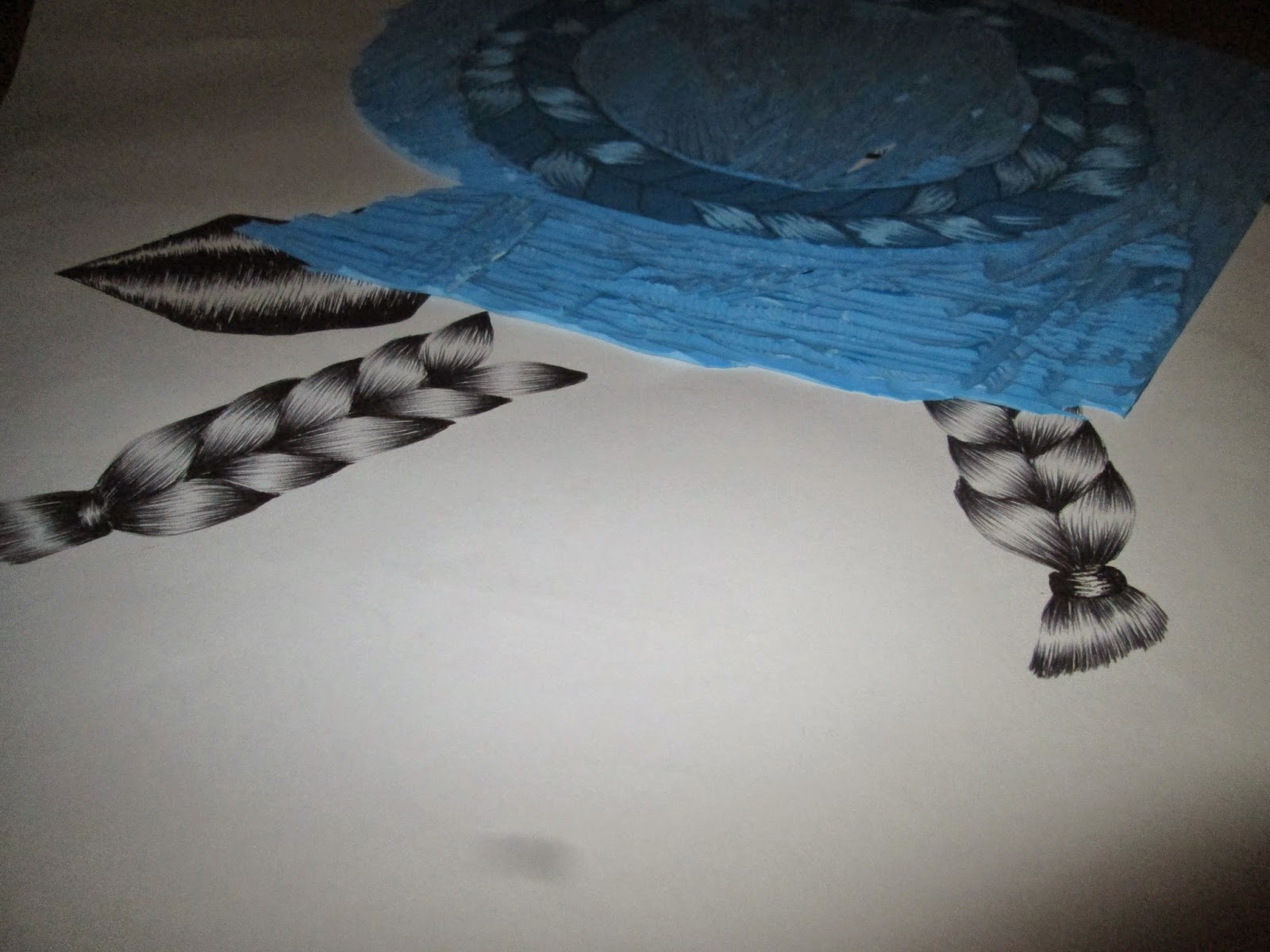 1. Disappointed about as I enjoyed all three

There were only eight people in our last Public Speaking module as the rest of the class were either on the GAA trip or playing matches so after spending the first class discussing CV's, our teacher very kindly took our class to a coffee shop where we had to pretend we were at a vital business meeting ! Here, we learned about the many things that can either make or break a business meeting - some obvious, such as basic table manners and eating neatly and others that we'd never thought of, including pacing your food out over the meeting and never finishing it ! I'm going to miss this module as I learned lots in it and the whole speaking in front of the class element has slightly boosted my confidence as daunting as it was !

Later on, we had our last Printmaking module in which I didn't finish cutting out my lino, let alone  get around to printing it on a t shirt but our teacher for the last few classes of the module who also took group photos for us on twenty three phones  (thank you !) told us that we could finish printing another time when there's a class available to do it in so fingers crossed I'll get my print finished then ! I enjoyed this module but I would have enjoyed it even more if we had had the opportunity to do what the current Printmaking are doing which is the mural !