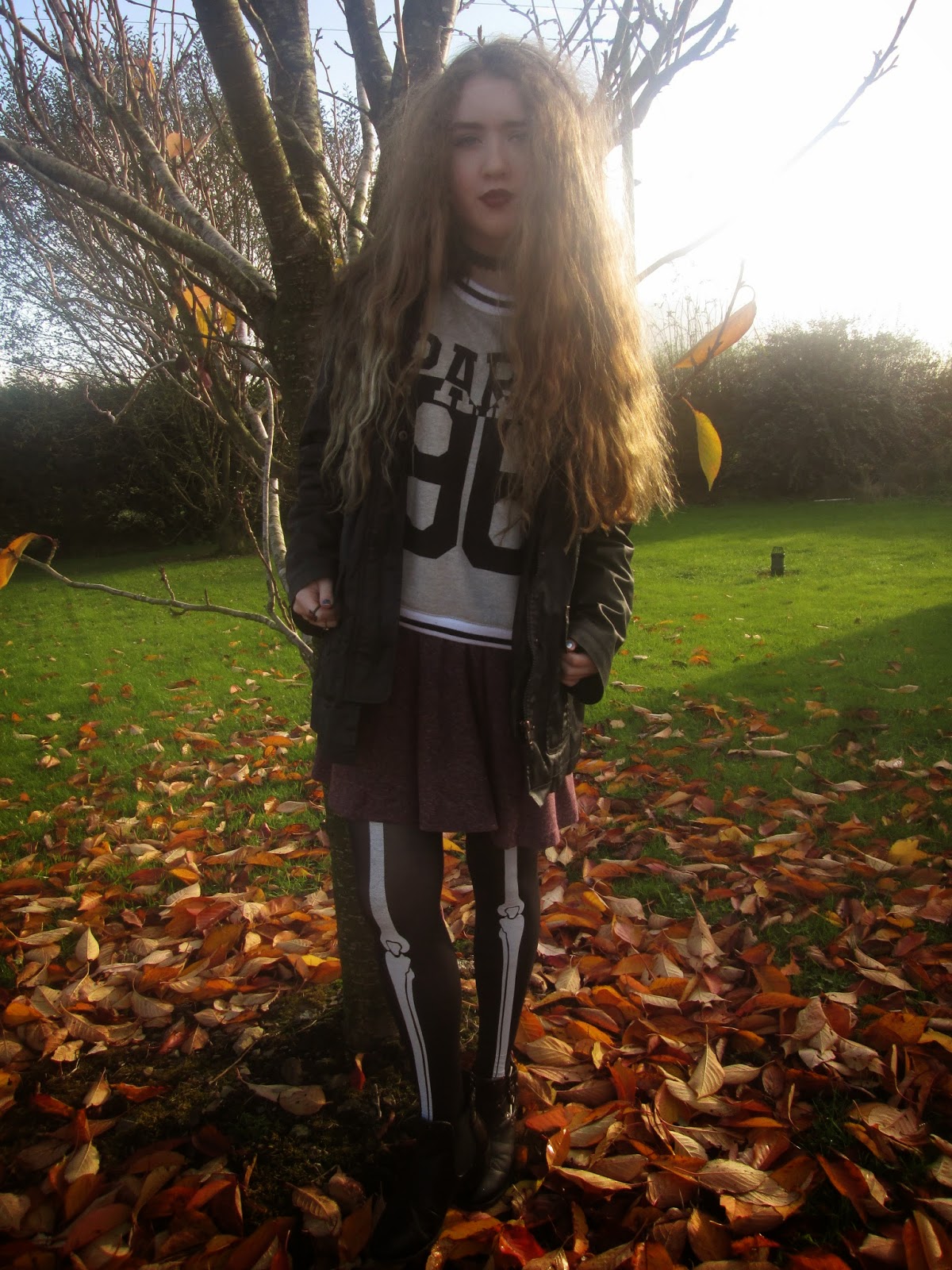 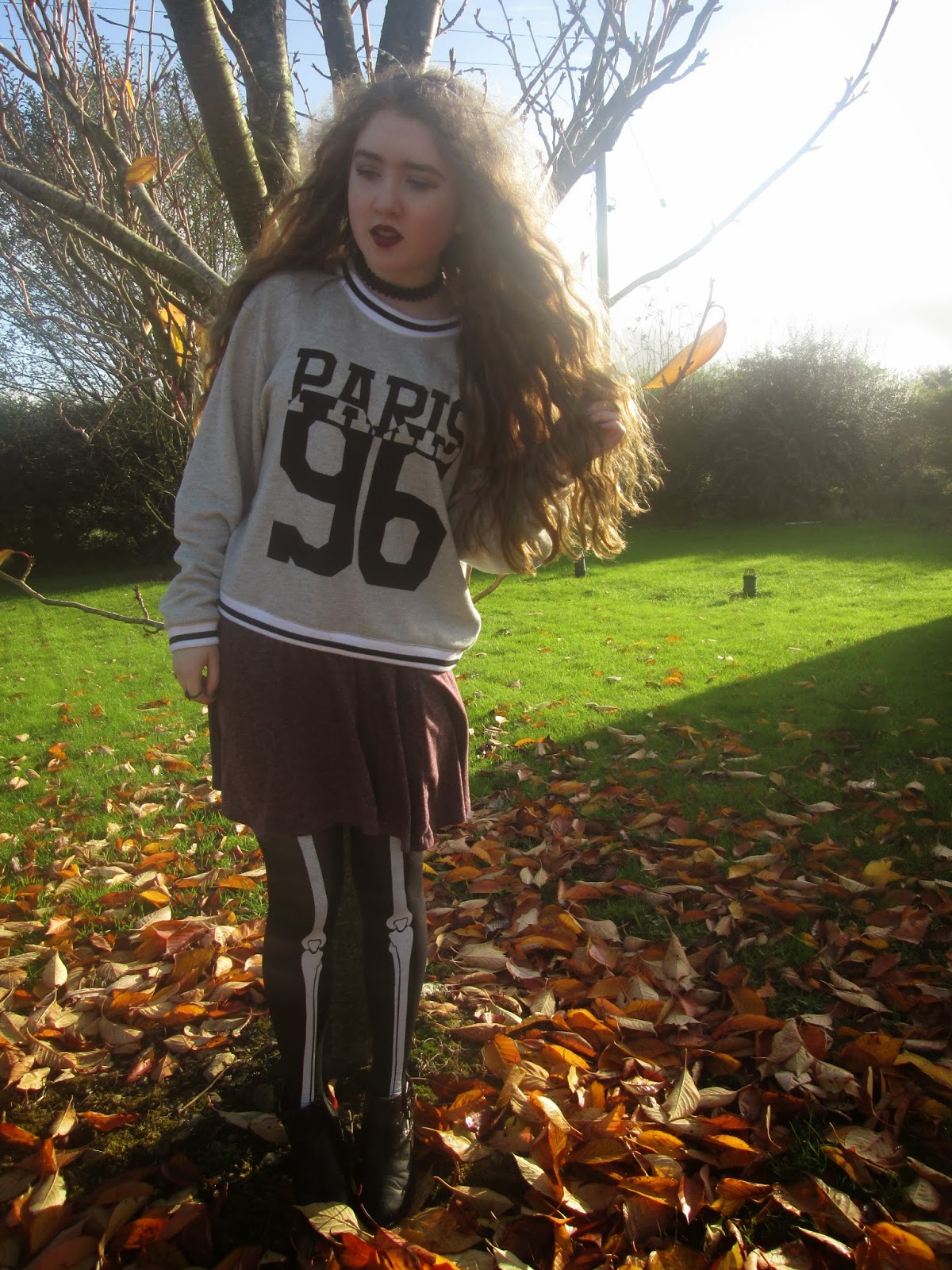 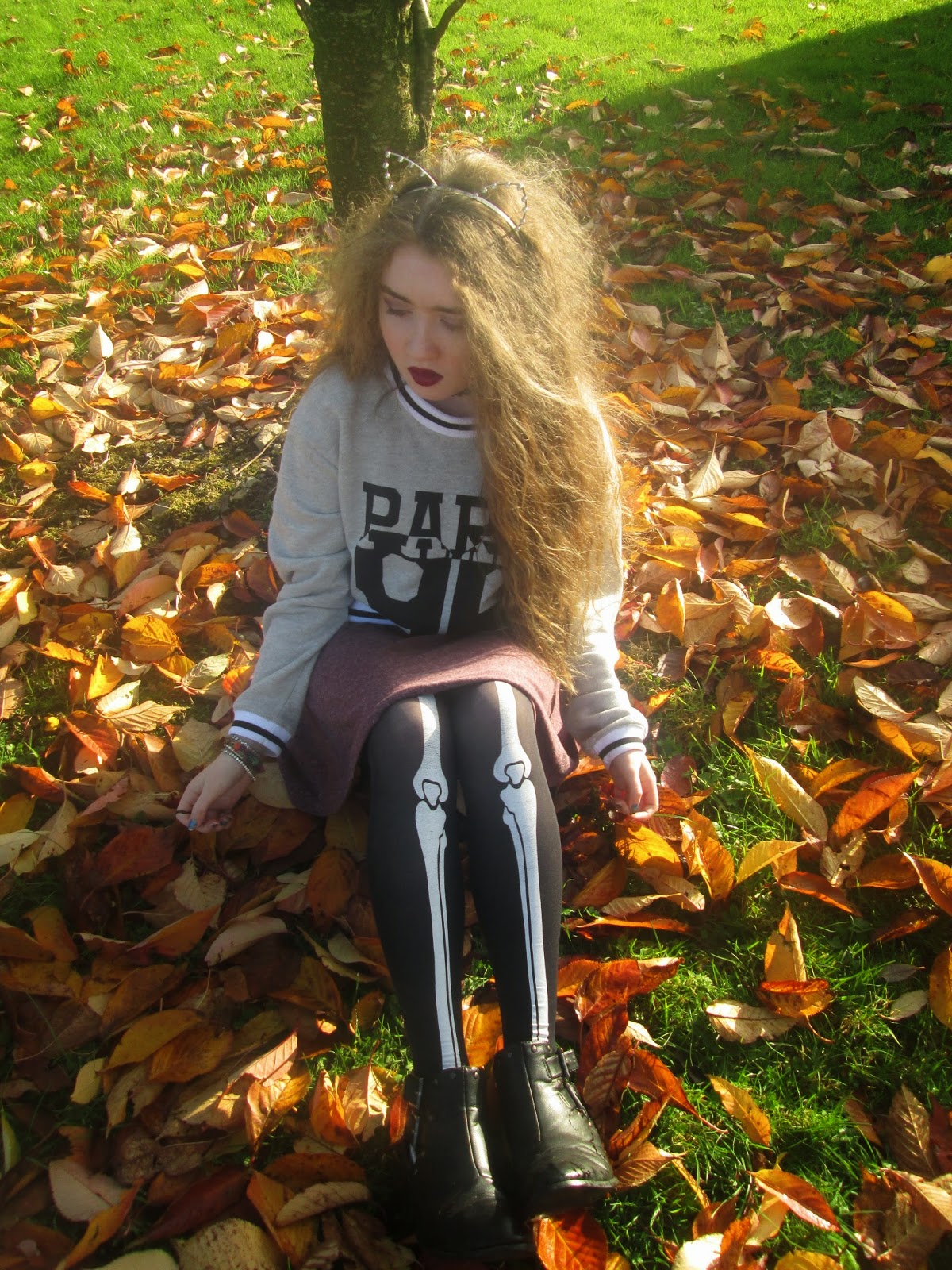 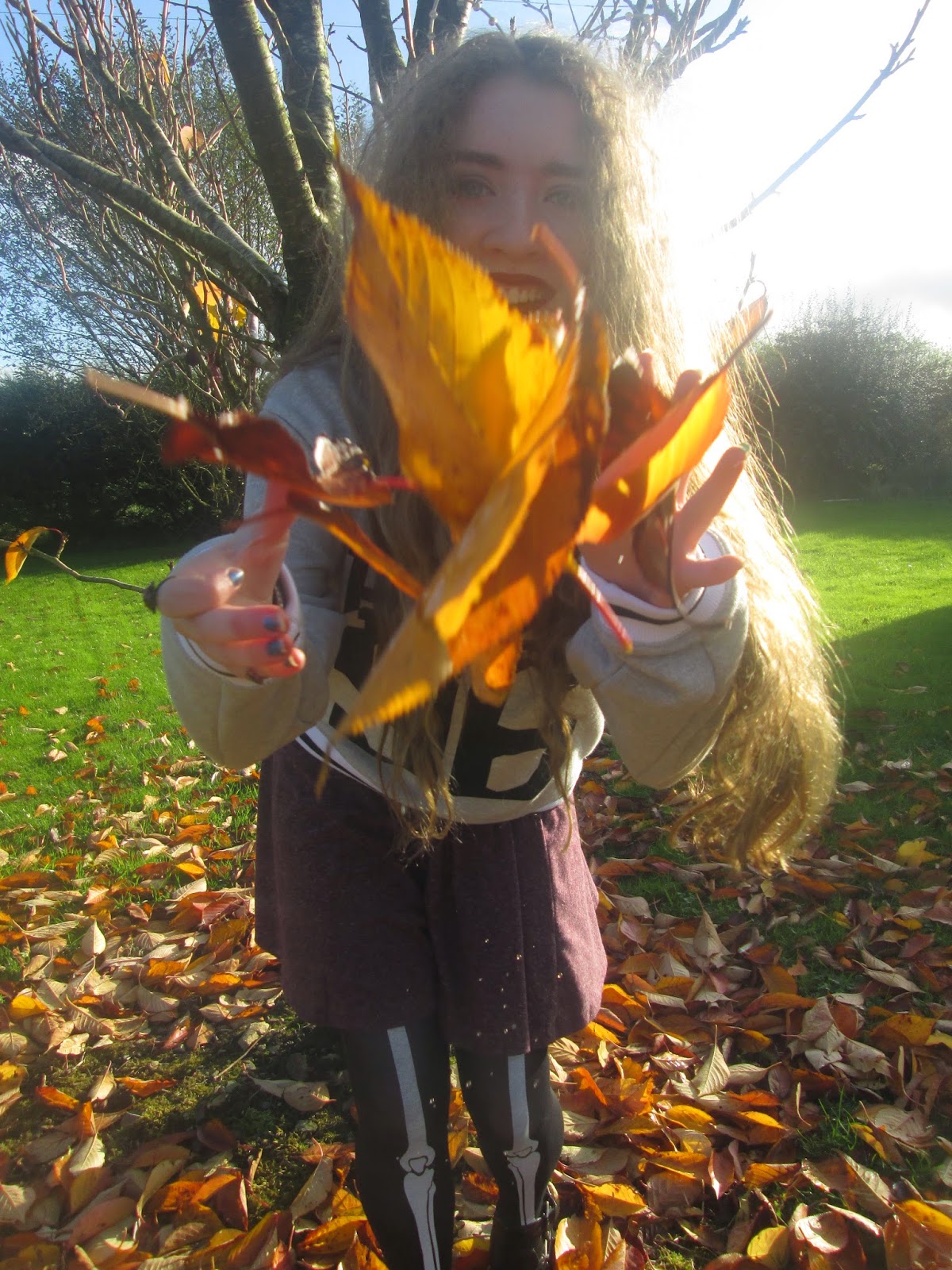 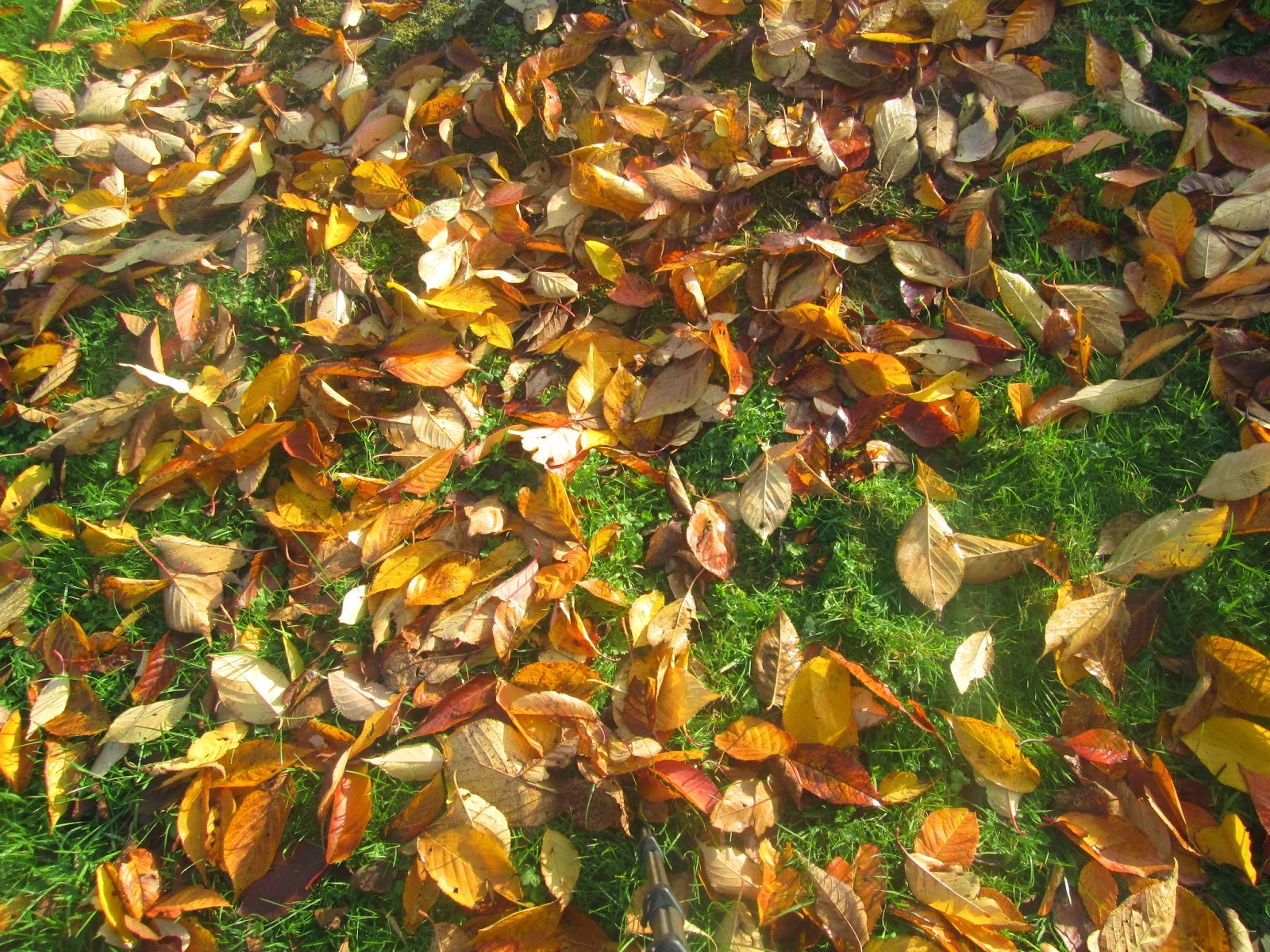 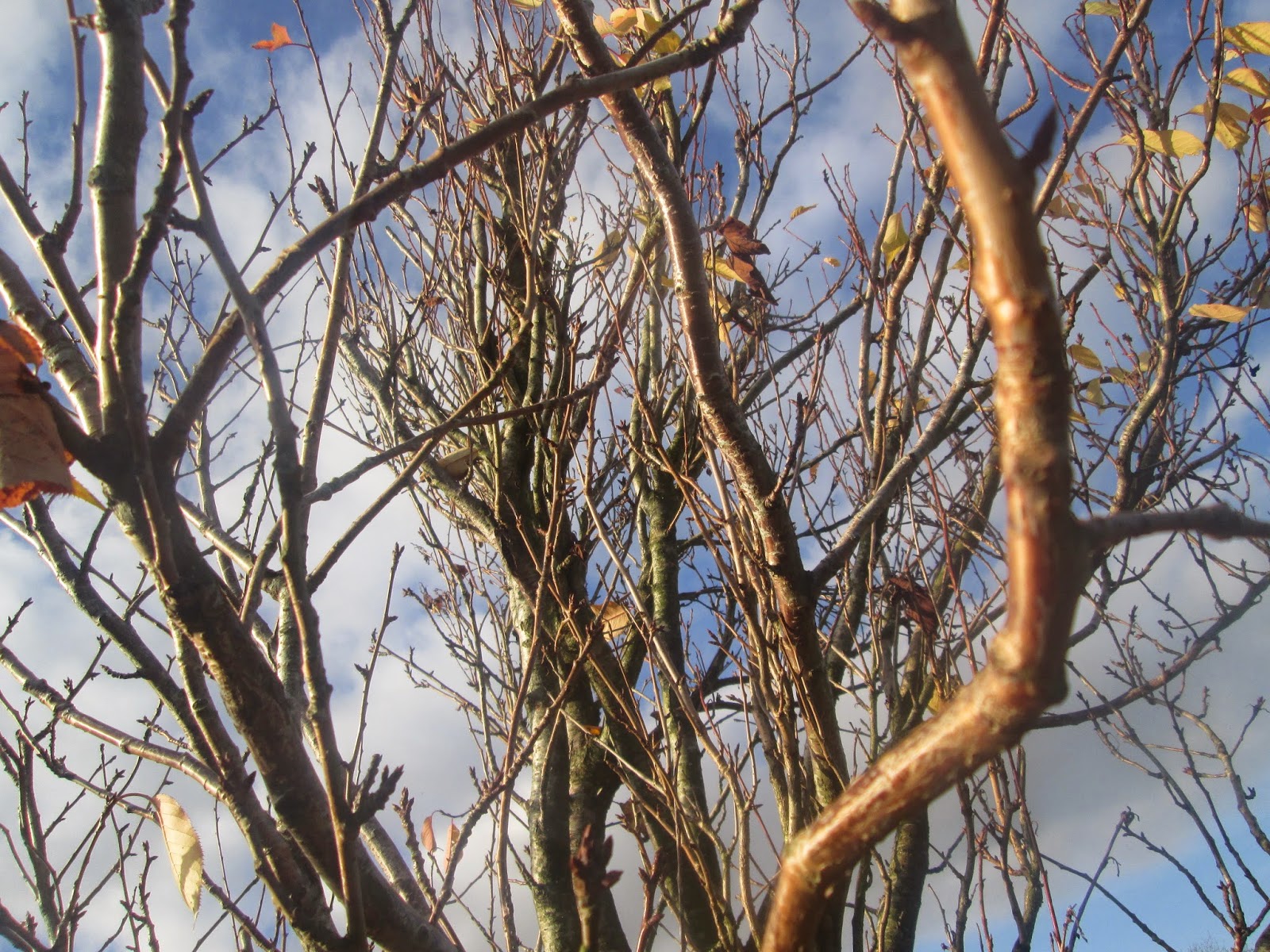 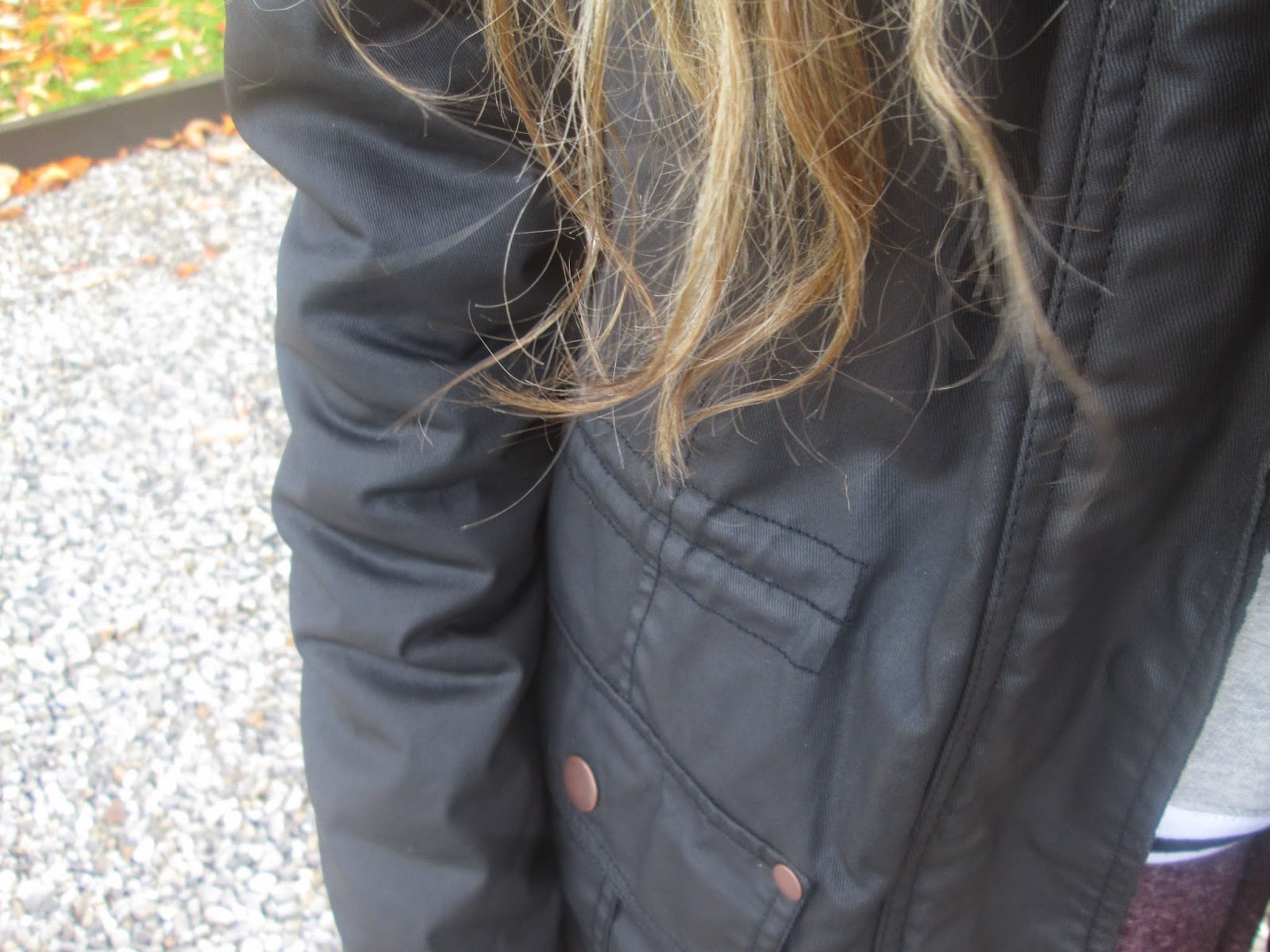 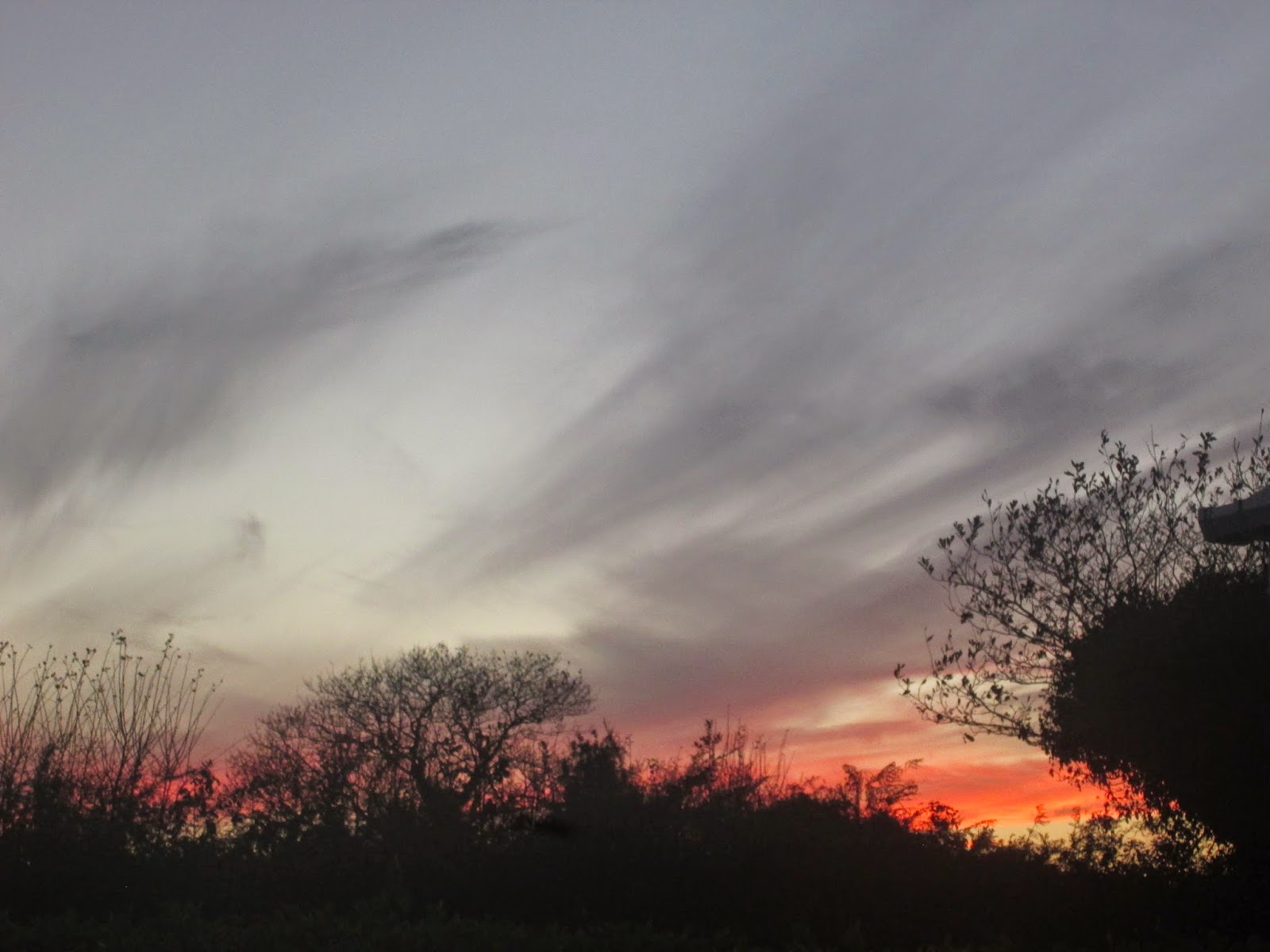 Any blogger - whether fashion, beauty or lifestyle, will agree when I tell you that wintertime is the best season for photography. Given, we do have the dark evenings which make weekday photo taking impossible, the wait is always worth it when the weekend arrives and the winter sun makes an appearance. We'll won't discuss what happens when the opposite occurs - cue mental image of tripods headbutting against a wall.

So, because of the beautiful winter sun today, I was so delighted with how these photos turned out with the sunlight and all the warm colours, practically screaming "my weekend is complete !" because it is. The traditionally dubbed Halloween accessories came out in full force and swing today i.e skeleton printed tights and cat ears ! They both add a vibe to the outfit in their own individual ways and I don't think they're only for Halloween at all - although you risk being deemed 'emo' when wearing these tights outside your garden, something I haven't attempted yet.

I've been so busy this week hence the lack of posts and TY Thursdays - it will be up next week, I promise ! Today was practically a recovery day from the last few chaotic ones and I spent most of it creating "starter kits" (the collages going around twitter that have the pictures describing someone.) for my friends which were the most hilarious things ever except I really don't want to see or re-see the ones they make for me in return (Aveen I am looking at you.) ! So now I am off to host the #tbloggers chat over on Twitter from 8pm so I'll see you on there.

Quote of the week goes to Aveen when she heard that I was making her very own starter kit,
"I'd have to move to another galaxy wouldn't I ?"