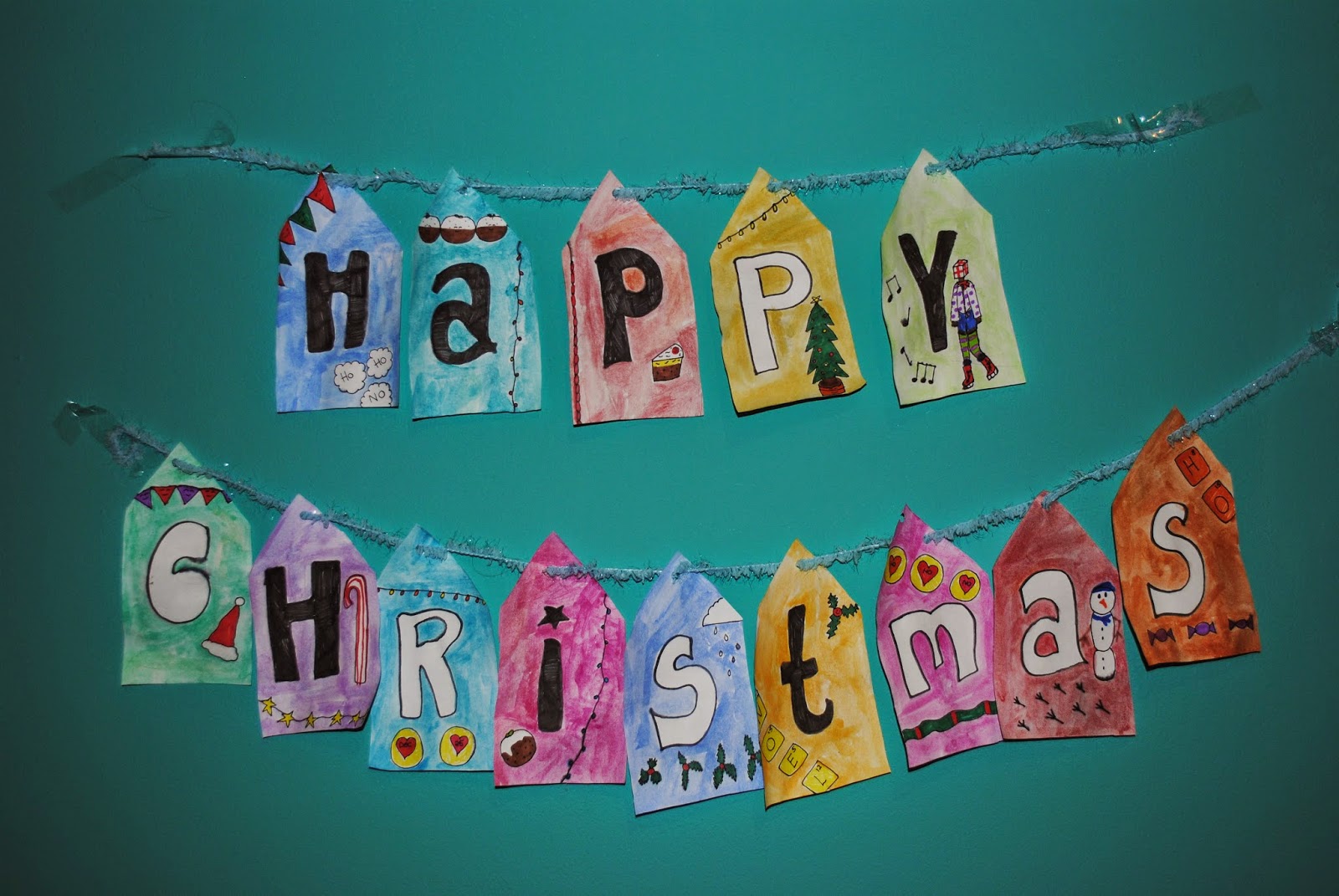 A very merry December to you !

Considering today was only the first, this month has been fairing out well so far if we ignore the fact I'm run down times ten (I never ever get sick.) and my back feels like it's been stabbed

❄ My favourite radio station played my one of my favourite Christmas songs 'Shake Up' (I love Traaain !) at quarter past seven this morning after I texted in about it

❄ I heard three Christmas songs on the radio this morning

Back to the concept of this post, DIY is not my 'forte' or speciality or talent yet I somehow found fun in spending yesterday afternoon making this Christmas banner ! I always enjoy making these kind of banners (namely my name or Halloween ones in the past.) so this year I thought I'd film myself attempting to put together a Christmas one which didn't turn out to be a complete pig's tail ! 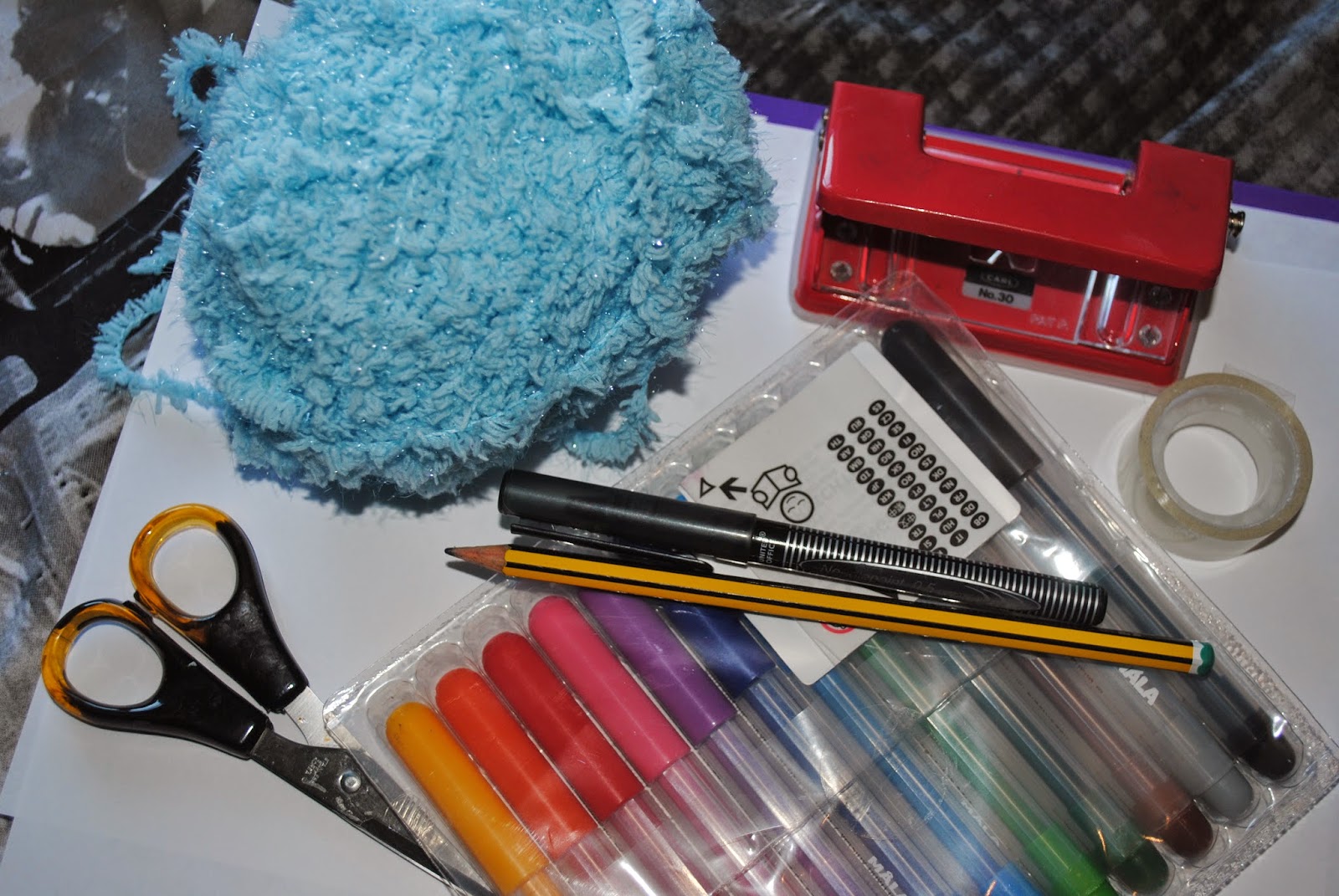 YOU WILL NEED (Clockwise from bottom left.)

☆  A pair of scissors
☆ Twine, String or an alternative such as wool
☆ A puncher
☆ Sellotape
☆ Felt tip pens or watercolours
☆ A pencil
☆ A pen 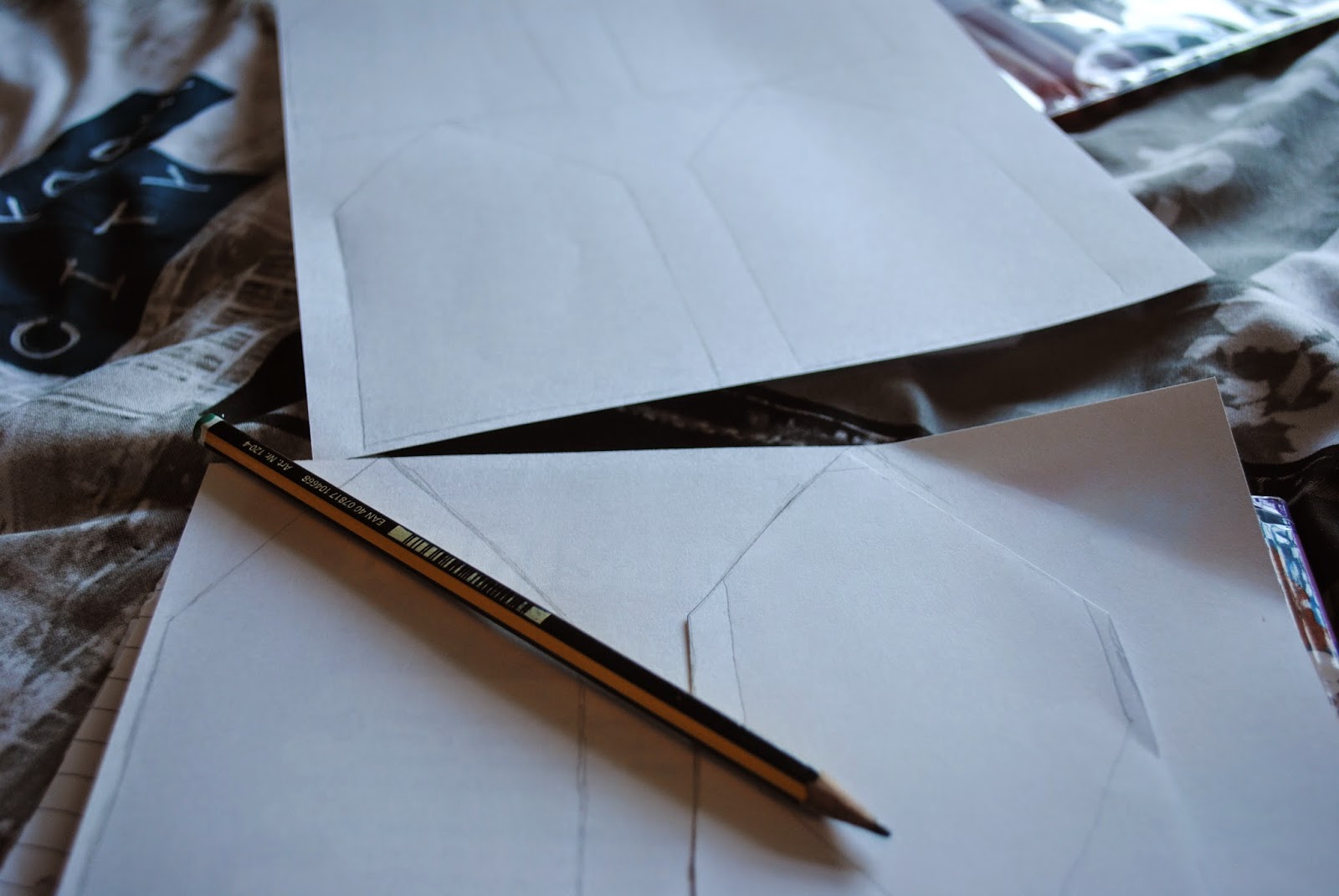 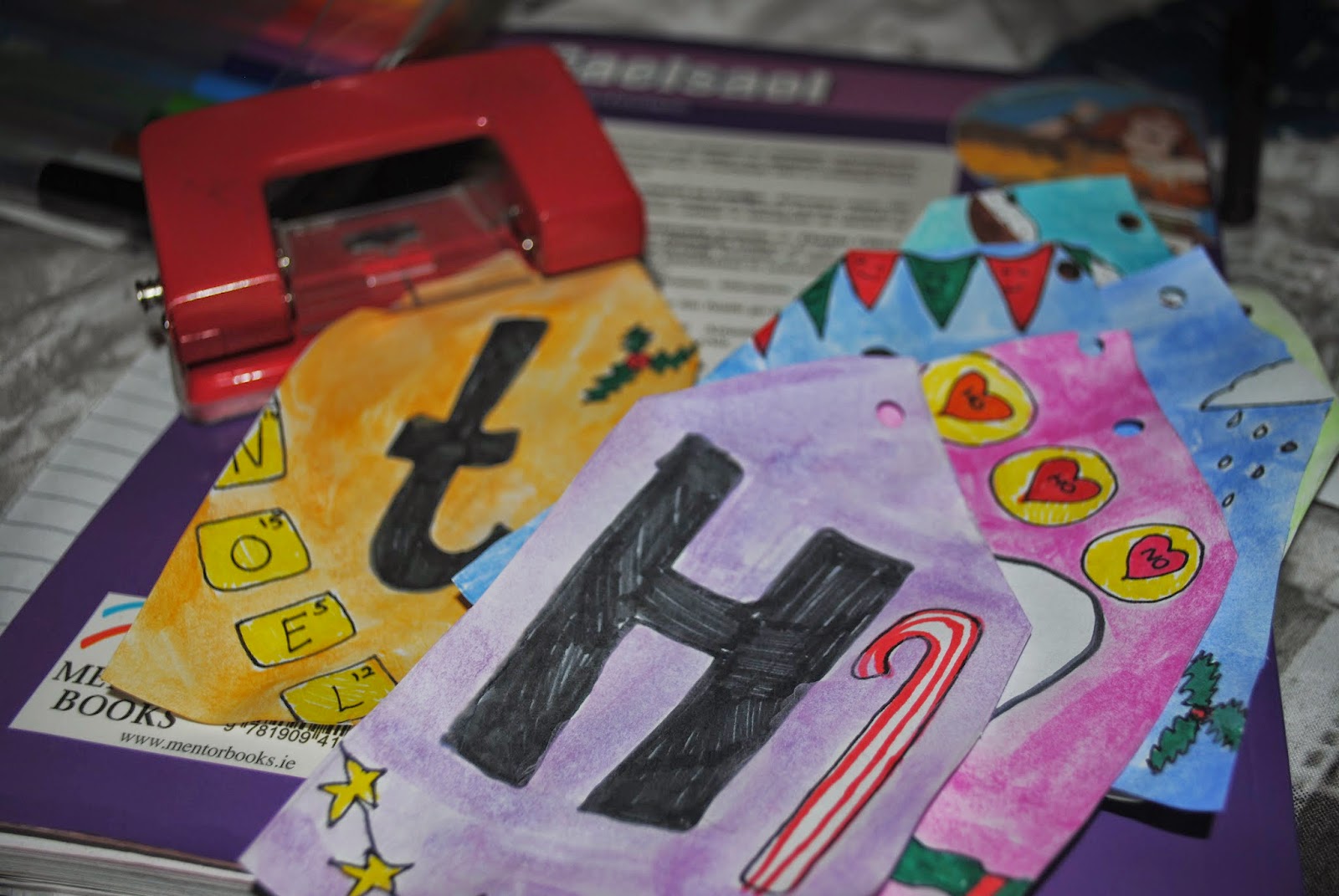 1. First, I looked up the outline of a gift tag and drew the shape largely on a sheet of paper - You could also draw the shape of a pudding, Christmas tree or anything that appeals to you !

2. I then cut this shape out and used it as a template for the thirteen other 'gift tags' that I would be cutting out. I repeated the previous steps for all thirteen until I ended up with fourteen gift tags which would make up the words 'Happy Christmas'.

3. I wrote out a letter on each tag in bubble writing using a black felt tip pen - I filled in every second letter with the black too.

4. Next, it's time for decorating ! You could leave the background in block colour, but I decided to draw a few little cartoon drawings which I outlined in pen and filled in with coloured felt tip pen. I wanted the banner to stand out so I painted the background with watercolours which resulted in cute pastel shades.

5. Then I punched a hole out at the top of each tag - like traditional ones and lined them all up beside one another with wool underneath to measure the amount I'd need for each word.

6. Finally, I strung the wool through each punch hole and stuck sellotape on each end, to secure them to the wall. 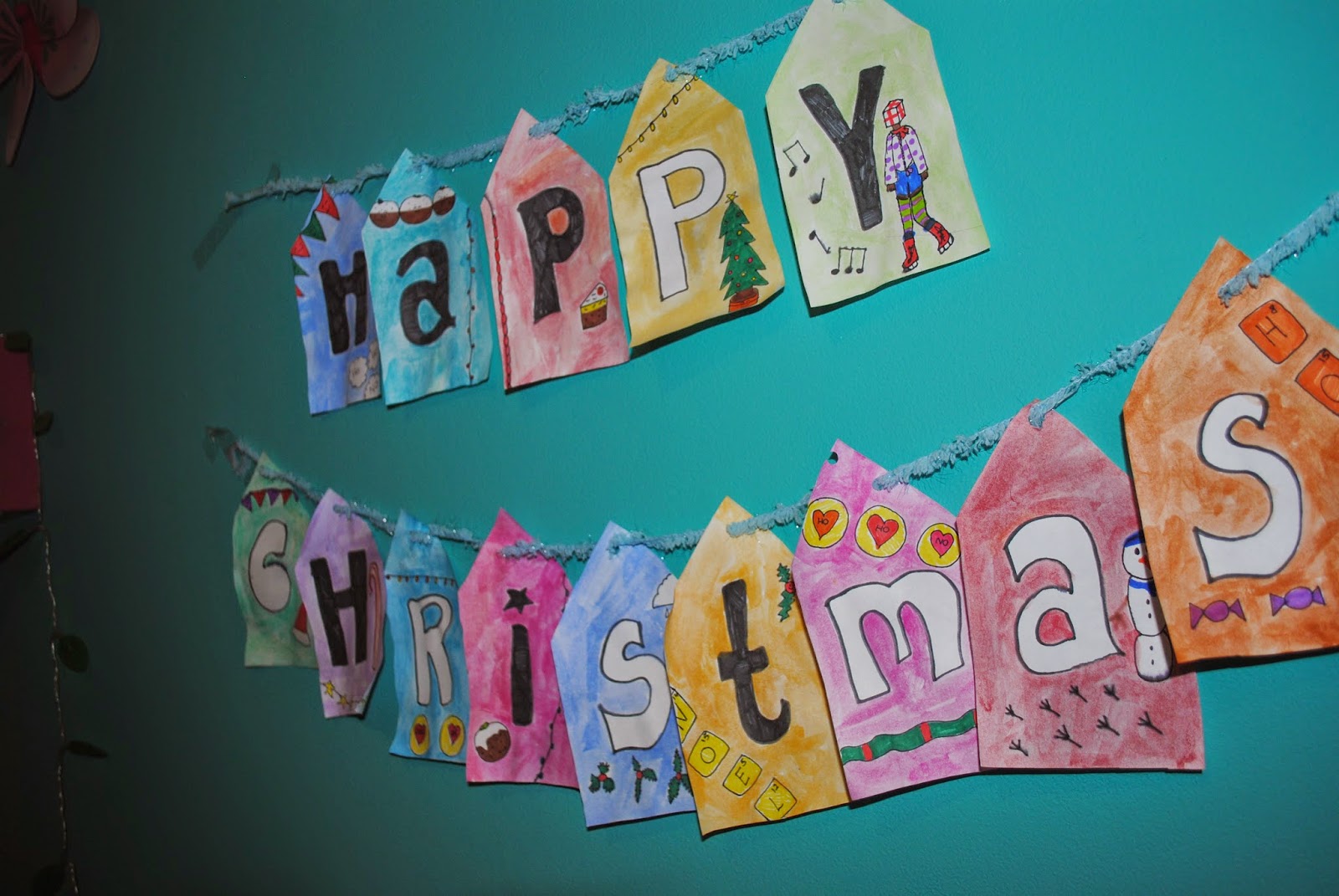 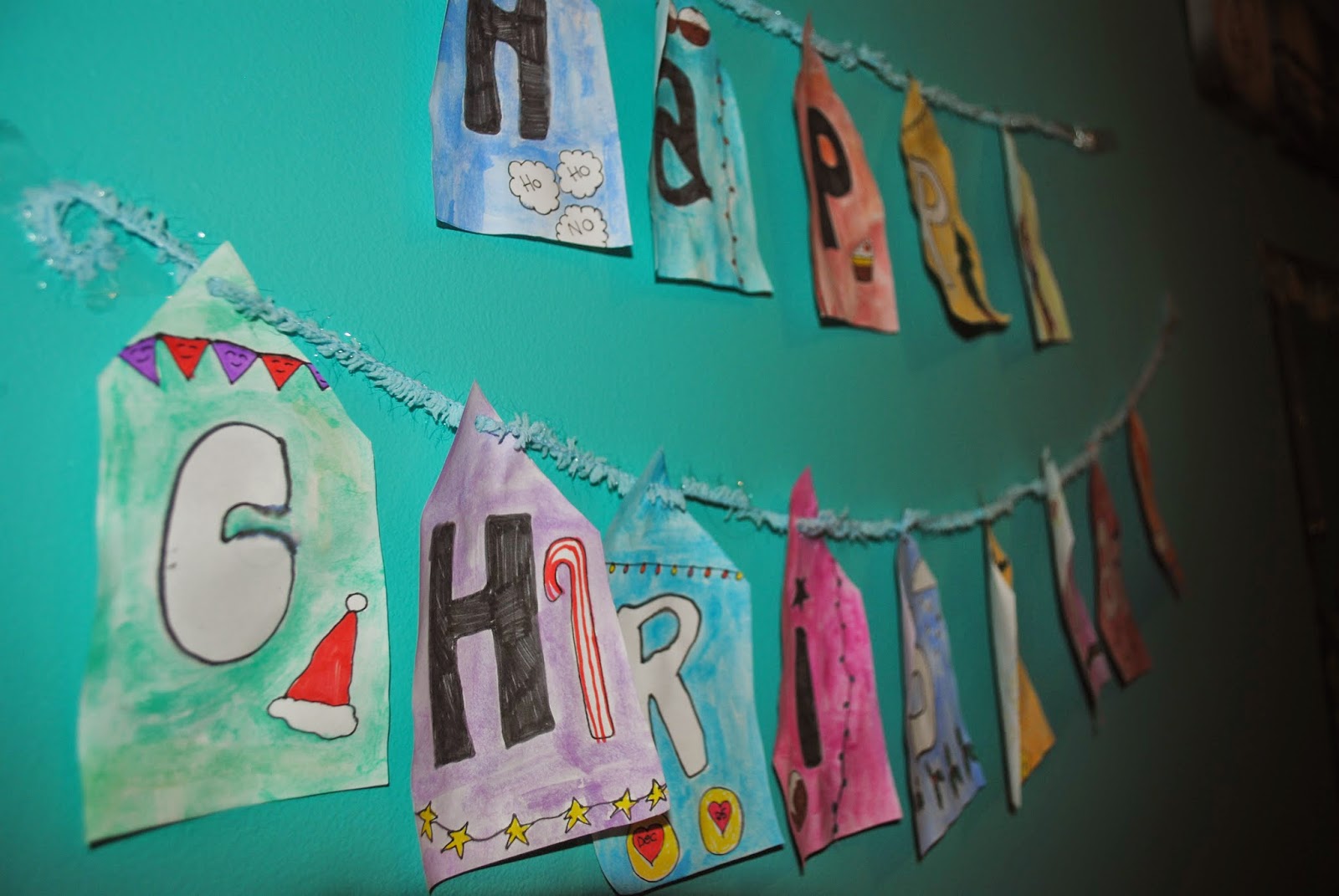 And this is the finished result which is better than I'd anticipated !

Thank you so much as always for reading this post - please tell me in the comments//twitter//instagram//you get the drill - if more diy's are something you would like to see on Dainty Sprinkles in the future.