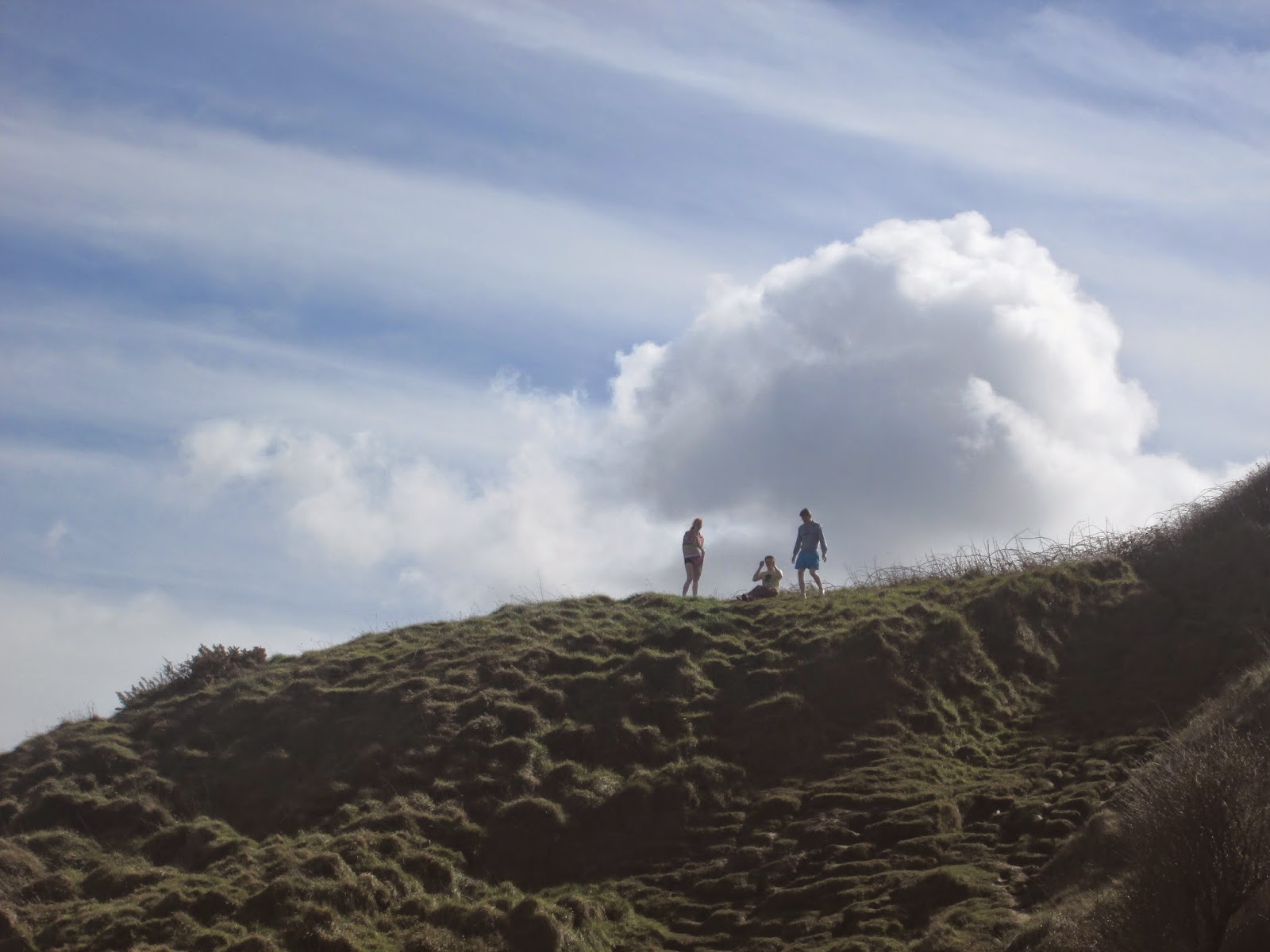 This past month has been a bit nonstop. Between subject choice, birthdays, a sudden social life and an ongoing crisis surrounding social anxiety, I don't know where my head is at so I would like to thank March for being March. Of course, I had a load of songs accompanying me through the four weeks so here goes yet another monthly post consisting of me obsessing over the songs I have listened to over the past month.

Hozier - Work Song : For some reason I have always dismissed this song, that was until a Facebook friend shared a music trailer, in which the song is featured and it just made the trailer so beautiful that I had to find the full version to listen to. As usual, Hozier's voice and the instruments sound like angels and you question how this level of amazingness - not even a word - is even possible. The music video was realised eight days ago and that is even more beautiful so I've ran out of adjectives.

French Films - This Dead Town : French Films are just amazing, all their songs make me feel so energetic and free so this one is no exception ! I just want to stupidly dance with my friends to this song forever and it is full of lyrical genius so ten out of ten recommend for feeling carefree and relaxed but energetic and giddy at the same time !

French Films - 99 : Goddamn French Films ! I bought this on iTunes on the morning of St. Patrick's Day just like "ooh I'd like a song for today" and unfortunately, I'm the type of person who likes to keep songs attached to memories of certain days so it infuriated me when the song became stuck in my head the following night and just the way it will if I think about it in depth right now so basically, I'm trying my best not to remember to not remember how it sounds so that it doesn't glue to my head but all I can say is that it has a - ewh at this word - nostalgic vibe off it which almost makes your heart sink and you just want to go back to the first time you heard it ! Again, such a gorgeous carefree and energetic song although I must worn you, the outro is quite long but it's worth it !

Micky Ekko - Smile : I first heard this song in the Paper Towns trailer and from the moment I heard it in Cara Delevigne's teaser trailer on Instagram I love love loved the song ! If you don't know already, I am mad about the book - and the film will be likewise - and I just feel the song fits the whole book-now-film so well and it also reminds me of a few weeks back when I was with my friends and feeling very outgoing and Q-like. Very fitting.

The 1975 - Antichrist : So after YouTube consistently insisted on planting this band's music in my suggestion box for god knows how long, I finally began to leave the songs playing in the background while I was just doing general stuff on my laptop and a week ago, I realised that I had spent all month listening. I always would have occasionally listened to The 1975 (cried at the music video for Robbers.) but I always felt some of their music videos kind of glamorise smoking and the likes, which I didn't and still don't like it all but god, their music is so beautiful. I kind of fell in love with this and Head.Cars.Bending by the end of this month and Matty Healy's voice has more dimensions than I don't even know what ! Try listen to one of these songs without feeling fifty emotions all at once - I dare you !

Foo Fighters - No Way Back : Can this band do any wrong, no, because the album this song is from is practically 99.9% brilliant ! When I listen to this, I feel as if I'm about to burst with energy and that I can do a Beyoncé and take over the world so this song has been on repeat over the entire last week ! It makes you feel so many good emotions at once and the guitar-y bit before the last chorus is amazing, need I say more ?

Daughter - Youth : I generally felt this song was overrated before now but after this cover won me over, I have not been able to stop listening and humming to this song all week ! I find it so beautifully sad yet happy and uplifting which sounds awfully twisted and messed up, but it is really something so simple but a masterpiece ! If the lyrics don't rip out half your feelings, I will question your honesty and whether you have any at all !

So those songs create my March Playlist and this paragraph concludes this hyper-ramble over a blog post ! I hope you enjoyed and please let me know in the comments what you have been listening to !