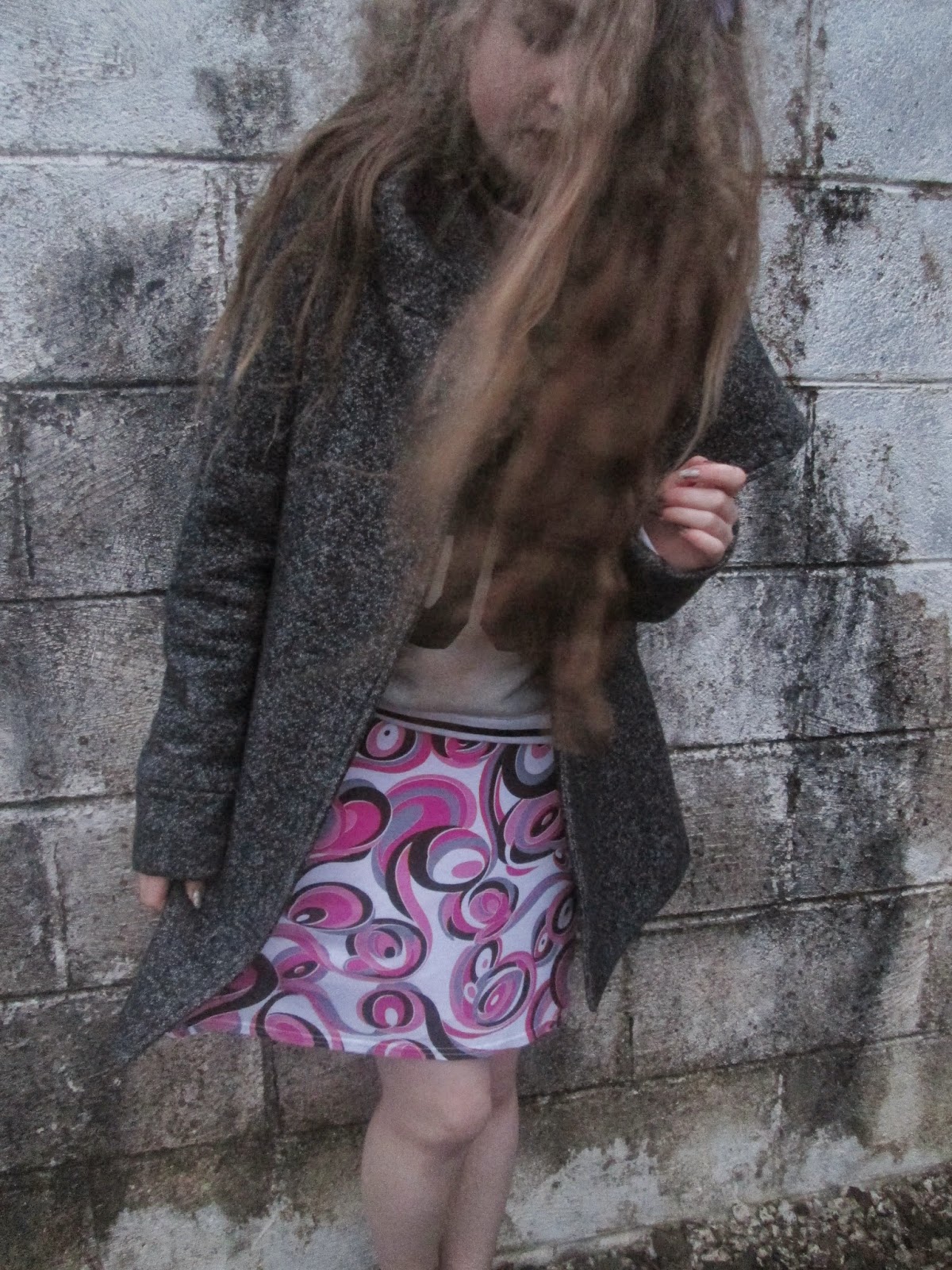 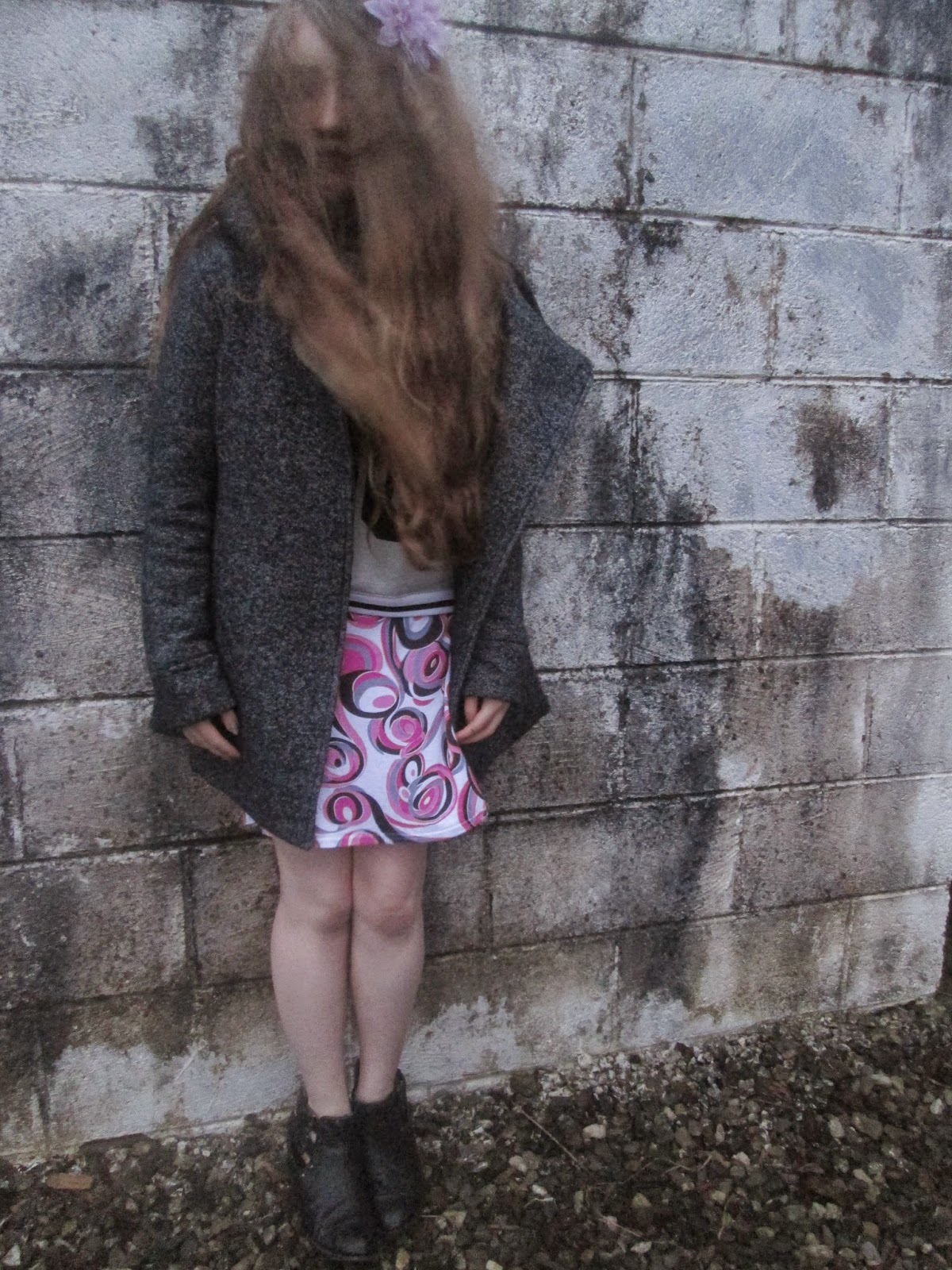 Blogposts have been lacking lately since I have been so busy which is really no excuse but I really have no time at all and my creativity stream is focused on a project I'm working on with friends right now which I will tell you about when it has been carried out ! Anyway, that is also the reason for the above photos again being of not so great quality but ignoring that, I have got into the habit of wearing slouchy jumpers over summer dresses and it actually works as a put together outfit that manages to get by as 'casual' sometimes like in this case and then there's other times when I just look seriously overdressed. Actually, that happens quite a lot anyway so scrap that. I somehow accidentally teamed up a whole group of colours in this outfit which I think look so pretty and matching - even the wall's getting into it -  they're almost very melancholy and mundane in a way and then you have the splash of bold pink in the middle which really brings the whole thing together.

Like I said earlier I've been so busy this week, blogging has unfortunately fallen down the list of priorities and I'm just like socialising and my hair aren't my biggest life problems anymore, what is wrong with me - I am doing something productive that involves organising ! Ninety percent of my time spent or *cough* wasted *cough* on the Internet has also been taken up by all six or more of the group chats I was added to and removed from over the weekend because my friends are bonkers and also get annoyed when I send forty cats in space memes and make edits of alpacas on marshmallows so it got to a stage where when your phone stopped buzzing, it meant your phone was broken. Cue 'add a randomer to group chat day' which is where it all got too much and half the group, including myself, left. I assure you that this is a good thing, I can be productive on the Internet once again !

I swear I have a life off the Internet.