Last week, whilst the majority of Transition Years were out on work experience or community service, a group of us were doing workshops and this is how the week went !

On the first day, I felt quite disappointed as I was looking forward to doing the film making workshop but the five of us from drama club, doing workshops, were told that we couldn't do it since we would not be present for day two of the workshop because of the drama competition. We were quite annoyed that this happened as it was the one workshop we all were really interested in and instead, we were put in a workshop - which we would have had to go to at some stage before the end of the year anyway - with others who had already done film making, where we learned about relationships, behaviour and rape. Those of us going to the competition the next day, only attended the first day of the workshop and although it was quite interesting, I didn't feel that I learned anything new and I also didn't agree with all the points made about rape. It was a pity that film making couldn't have been organised for two days when everyone had the opportunity to take part. 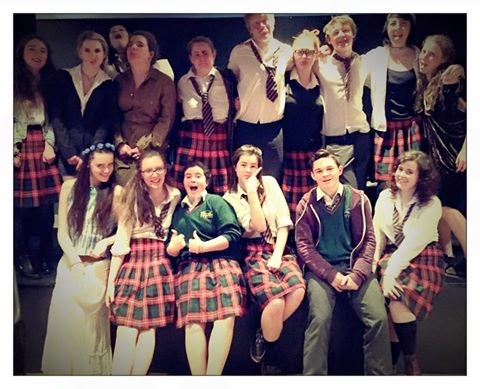 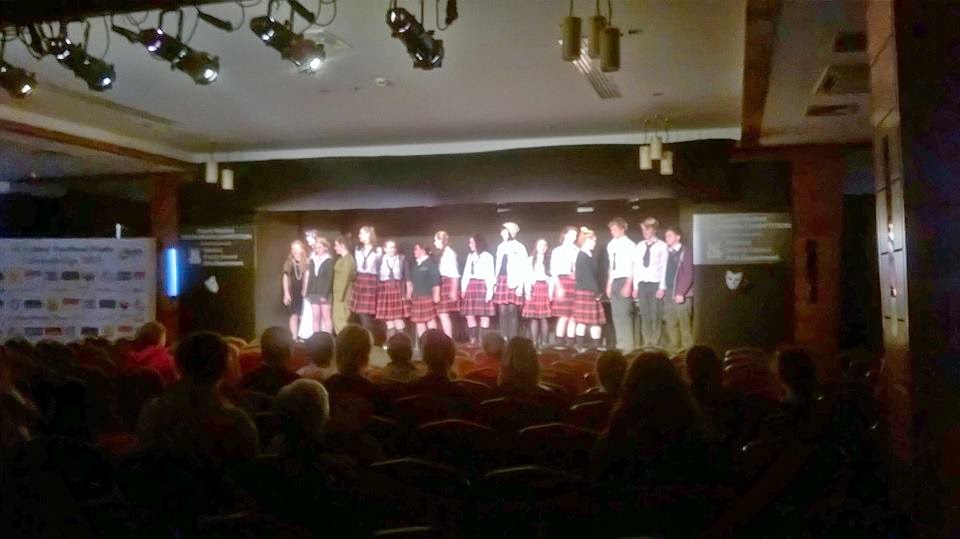 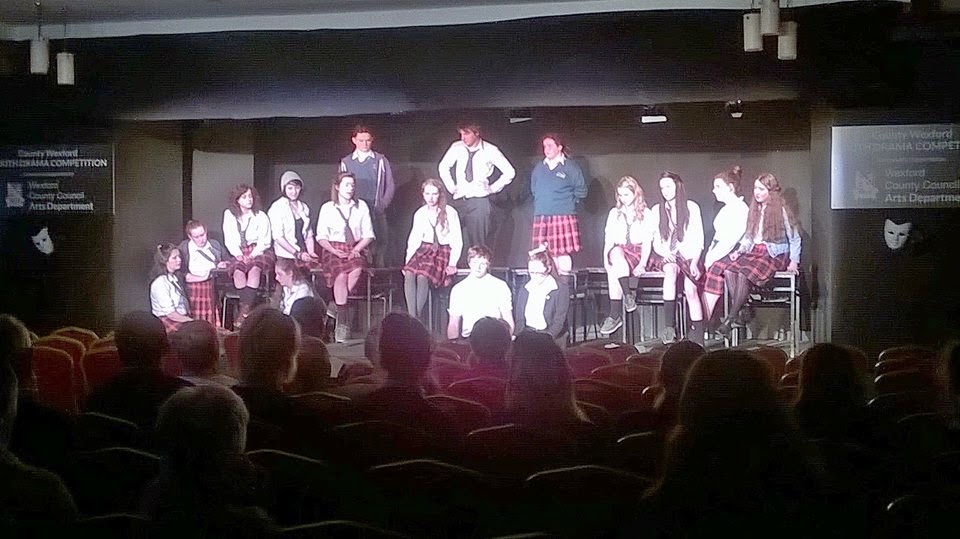 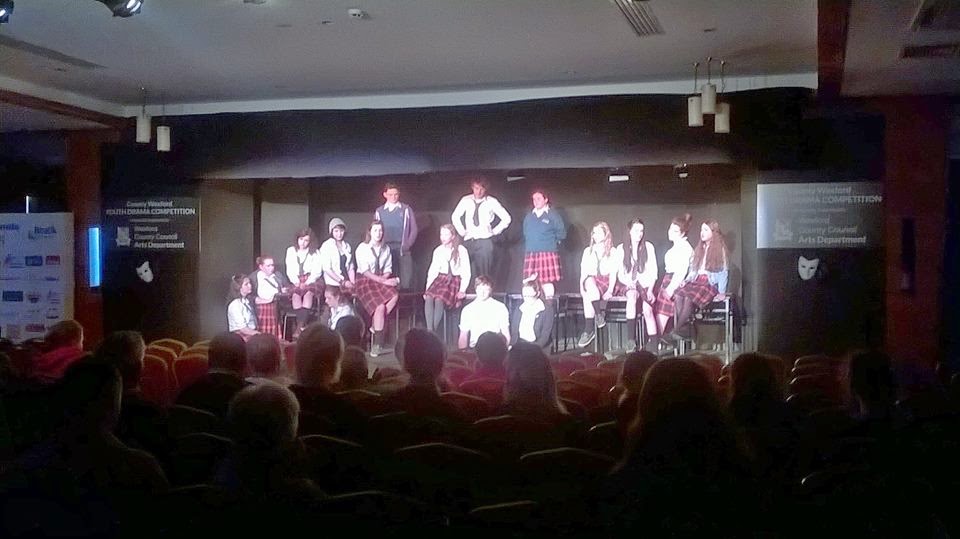 The following day, of course, was the drama competition ! We had been preparing for this since the New Year and a lot of time - between after school, during classes and over the holidays - had been spent rehearsing so it was very exciting to finally get to perform our piece ! The bus left at 10am and we spent most of that journey going over lines we were unsure of and once we reached the venue and were briefed on how the next few hours would go, we had an entire run through of the play. Considering that most of us had no clue of our lines a week or two beforehand and the stage was slightly smaller than we thought so our whole seating arrangements were changed around, I felt that we did pretty great and our efforts to cover for each other forgetting lines were quite subtle - ignoring when I accidentally skipped two and a half pages. On Friday, we found out that our performance of the play 'Just Like That' had won the adjudicator's award for 'Most Ambitious Play' and two cast members were nominated for awards so everyone was delighted, of course ! 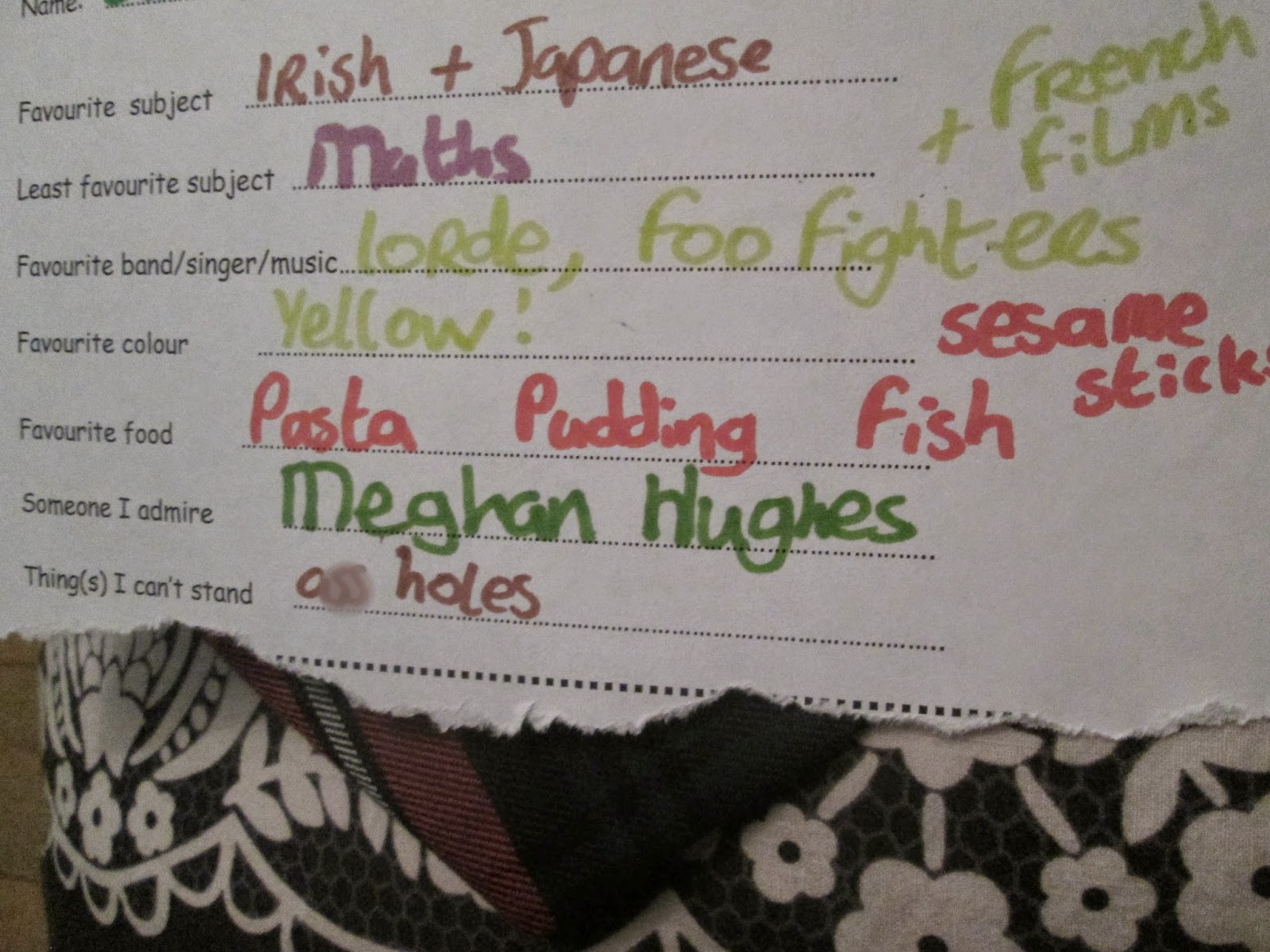 I had heard mixed reviews surrounding the Matrix workshop but I honestly thought it wasn't the worst of them ! Sure, it wasn't exceptionally interesting or new but it was taught in a very non-formal yet still controlled manner which created a very relaxed environment and resulted in the day being quite fun. The workshop is all about 'you' so as well as learning a lot of tips to do with studying next year, I also learned a lot about my friends and classmates, as well as myself. The funniest exercise was the buzzwords one when we five random words were called out and we had to write down the five words that came into our head once we heard the initial five and then do the same, using those words, with the person sitting next to us. Then we were given the opportunity to run wild with our imaginations by creating a story using these ten words ! I got a bit carried away, except I thought that everyone else was too until I discovered afterwards that the rest of my classmates had written ten sentences for a story and I might as well have written ten paragraphs. So when it came around to my turn to read mine aloud, I couldn't take it seriously - it was a seriously long essay about a unicorn who's collar is like the Tardis for Doctor Who or the magic box thing in Adventure Time - and I spent most of it laughing through my words and everyone else in the class ended up laughing too which I took as a compliment for my wackiness. We also did riddle solving and everyone on the team I was placed in, had a talent for problem solving and I'm just sitting here like 'okay my only talents lie with the anagrams'. We came second place in the class which was brilliant, except we were all gutted that we had came so close to the answer to the one riddle where we fell !

On Thursday, the same group of us went to the Pop Politics workshop, which ended up being the funniest one so far ! For someone who finds politics in general interesting, the workshop was never going to overly boring for me but most of the class were going to - and did at times - almost fall asleep if there wasn't some kind of group work added to it, so we ended up with this whole imaginary situation where we're back in the stone age or something and we've just started this new village and there's the crop farmers, barley, herdsmen, woodworkers and we were the weavers ! We also had to pick and King and Queen and from then on, everyone was having problems because someone suggested the Queen should have a crown and the metalsmiths would make it in return for clothes because they had none, except us weavers refused to give anything away for free unless we received something in return and then the crop farmers had no income for several months and these guys making wine came on the scene and it was honestly the funniest thing ever, watching everyone in the class go completely ape over an imaginary village and imaginary problems ! We also had a mock election, where things got even funnier and at the end of the day, we learned a bit more about politics. It was by far the best workshop and I'd recommend it to anyone !

Finally, on Friday, I went to a portfolio workshop where I got last week's blogpost finished and worked on the cover of my photo album ! I really enjoyed this workshop as even though we weren't put under any pressure and were even allowed to listen to music as we worked, I got tons of work done and didn't procrastinate one bit !

All in all, I enjoyed the week of workshops but was glad to return to classes on Monday !