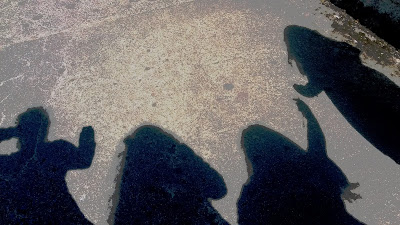 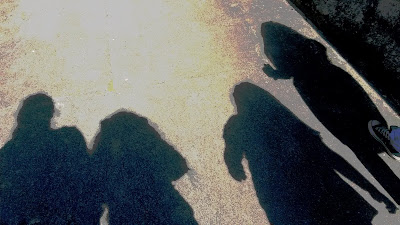 Another month, another playlist ! The first half of the month up until around the time when I finished Transition Year went by so fast that I genuinely cannot distinguish between the end of April and the beginning of May, yet from there onwards, the rest of the month slowed up and it has dragged on, since I wake up every morning thinking that it's June only to realise that we are still in May ! I seem to think that I listened to a lot more music during the month of May than I actually did, but again that was probably me getting mixed up with April so here we go for May 2015 !

Led Zeppelin - Stairway to Heaven : A classmate mentioned Led Zeppelin one day and if anyone talks about music around me, depending on how they describe it, I will generally look it up when I get home and there's fifty percent chance that I will like it and that happened this time ! The intro to this song is so beautiful, I would play it over and over, except then the novelty would wear off. The whole song makes me feel so peaceful, the lyrics are genius and then you get to the end where it goes all mad and I'm just here like wow what happened this is brilliant because when do you find a song which makes you feel both calm and rapid at the same time ? Another song I've been loving is 'All of My Love' - mainly since the music in the verse sounds kind of eery to me in a strange way.

Warpaint - Love Is To Die : Hold your horses, people ! Deep breaths ! I have finally found a girl band that I like - not one like Girls Aloud (they're great but not a band bad.), I mean one that actually play instruments. I realise that that whole sentence sounds stupid as there are tons of girl bands out there but I feel like they're nowhere near as well known or popular as the male rock or alternative bands - nothing against them ! Anyway, another way that I find out about a lot of music is through Facebook and Warpaint popped up on my suggested pages tab thing so I felt compelled to look up their music, which turns out to be amazing ! This song is my favourite, mainly since it sounds so whimsical and relaxing ! I've also been loving listening to is 'Keep It Healthy' which makes me feel like I'm floating away from all my worries, as weird as that sounds !

Kodaline - The One : This is such a beautiful song, I can't describe the amount of emotions I feel listening to it ! Like a lot of people, I didn't really like Kodaline's new album, just from listening to bits of it online and hearing 'Honest' on the radio, but since listening to this song, it's all starting to grow on me ! I think this song is very like their music from In A Perfect World, it sounds more simple and almost stripped back in a way yet it's quite dramatic at times and I feel like thing's ending everything I listen to it, if that makes sense. Anyway, a gorgeous song with gorgeous lyrics, gorgeous melody and gorgeous everything - Yes, I am deliberately using the word 'gorgeous' over and over, you are welcome.

Arctic Monkeys - Stop the World I Wanna Get Off With You : This song reminds me a lot of around this time two weeks ago and it's just another brilliant song, just this time with a mouthful of a title ! I only remembered this evening that this isn't even on the AM album so I sound like a right twat describing this in the video below but still, Aveen wasn't happy with me last month for saying that I wasn't 100% sold on Arctic Monkeys so I'm saying this time that I am getting there - 98% ! I honestly don't know why this isn't on that album because the lyrics, especially are amazing and everything just gels so well together ! I've also been loving 'I Wanna Be Yours' which is so slow and mysterious, it sounds like it's from some old film ! Only thing is that I gave into the YouTube comments which suggested to speed up the song by 2x - don't do it people, the sped-up version is still stuck in my head and I'm just like no please leave my brain, thanks. 'Knee Socks' is also a brilliant song which is still growing on me, yet at the same time I love it !

Robin Schulz ft. Ilsey - Headlights : This song has been playing quite a lot on the radio for the past ten days now and I only learned that it was Robin Schulz today ! They always tend to play these kind of songs at this time of year and they're honestly some of my favourites to listen to again and again, they just kind of scream every description of 'summer holidays' for me, it just makes me feel ready to go ! The music video for this is also quite cool - it is slightly weird at times, but the whole location of it and the way that it's all dried up and how nothing in it is what you would normally expect is what I really love.

Of Monsters and Men - Crystals : I can't believe that I forgot to mention this one in the video, but this song just gives me such a sense of hope and the belief that everything will work out the way it should in the end because nothing can stay awful forever - hence why I love the lyrics, especially the line "Because nothing grows when it is dark". It's such a bright song and the music video makes me feel even more cheerful, basically the entire album that it's from, is just majestic !

Satellite Stores - A Great Escape : This band is up in my top five and I listened to their stuff for most of Transition Year with the only exception that it can get slightly repetitive and I also don't really like the new album yet but putting all this aside, I somehow discovered this song from their album Pine Trails the other day and I am still wondering how I haven't listened to it properly before now ! From my perspective just listening to it, it sounds so different from a lot of their other songs so it's kind of refreshing in away and it's very free flowing and relaxing anyway !

Twenty One Pilots - Tear In My Heart : This song makes me feel so so unbelievably happy, I haven't really came across one like it since March ! Someone told me about Twenty One Pilots last week - I can't remember who so I'll just thank the screen instead - but then the latest album was being raved about in an AyyDubs vlog that I was watching last night or this morning so I looked them up again and I fell in love with this song ! The beginning of it really reminds me of New Politics' music but the rest could be compared to the enthusiasm you feel from American Authors' songs ! It's just such an uplifting and perky song - I feel better already from just listening to it !

So that was my May Playlist and I hope you enjoyed reading my never ending rambles ! I love finding new music to listen to so leave your favourite songs of the month down in the comments !