An Assortment of Sunsets 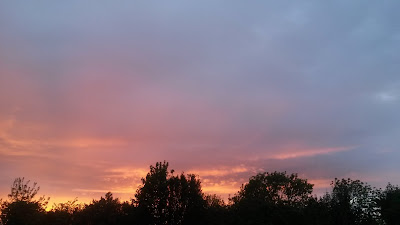 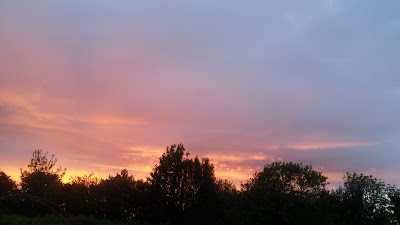 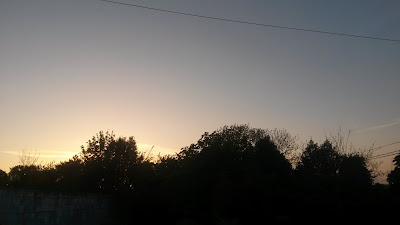 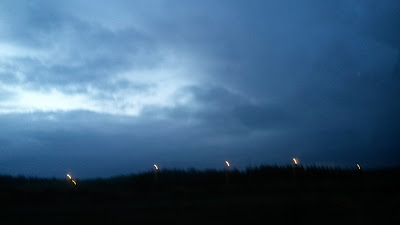 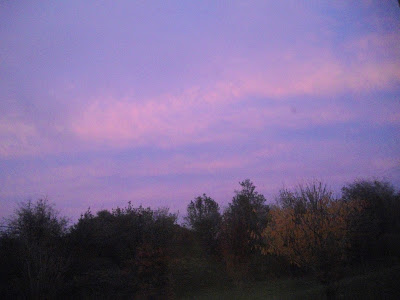 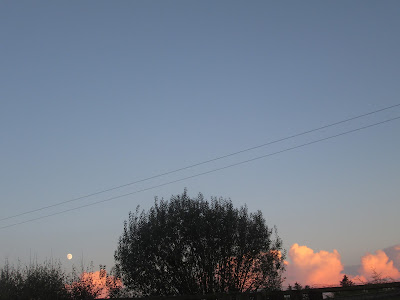 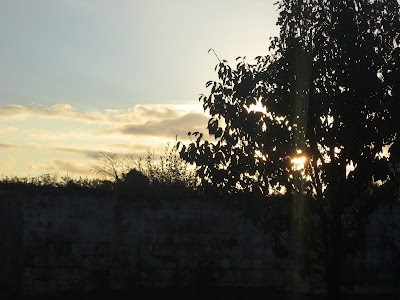 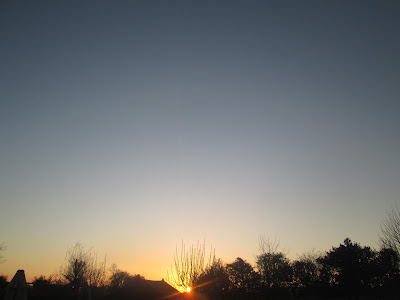 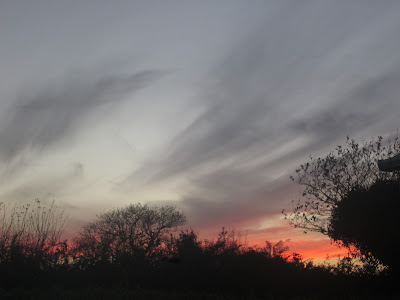 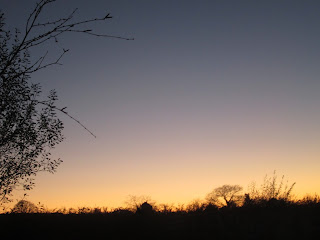 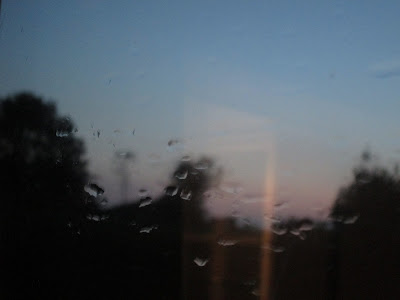 Last night, I was on my way to put on toast for myself when I was stopped in my tracks. I could see out the doors that the blue, lavender sky was filled with clouds which appeared pink, red, orange and yellow thanks to the departing sun reaching out through them. I was going to run and grab my camera, but then I remembered that my zoom was broken and that my phone - on which, every recent sunset photo was taken - was probably a better option and closer to where I was looking out so I began snapping on that and the sky turned into it's own evening rainbow - do we call it a skybow - and the trees and hedges below the view were blackened by all the vibrancy.

Then I realised that a lot of my Instagram feed lately has consisted of different sunsets, in the past on here there have been many randomly placed photos of sunsets, my camera roll holds a good few sunsets and in the folders from my memory card on my laptop you can find many a sunset. So it wouldn't really take a genius to guess that I enjoy admiring and taking photos of sunsets ! Unfortunately, the sun doesn't set on the east and there are too many hedges around me to enjoy much of the actual sun setting so when my family and I stayed in Westport this time two years ago, the weather was amazing and so, every evening I was fascinated by the big ball of orange that is the sun, setting over the water. I remember one evening, there was an amazing sunset - like the amazing ones you see on the Internet where it is literally a huge ball of red over the glistening sea and it looks like nature is going to split into two, it's so happy. So we drove out by the water and got out of the car so that my mam could take photos of the scenery on her fancy camera and it was so worth it ! There was also another man taking photos at the very edge, as far as I can remember, and I'm pretty sure we stopped off at another point on either the same or a different night where there were others taking photos of the beautiful view too.

One regret that has never crossed my mind before now is not getting any photos of the sunset whilst I was in Galway. I'd guess that 'golden hour' or the actual sunset was around when we were having dinner, right before we would go outside to make phone calls so I guess the time of year wasn't in our favour ! Autumn and winter sunsets are always the most beautiful in my opinion and I'll always go outside to take outfit photos and photos of anything really during golden hour which would be from around 4-5pm because everything honestly looks ten times more gorgeous and magical. More recent memories of the latter hours of the afternoon include back over Easter on one occasion at the beach where golden hour hit at 6pm and it was honestly the most beautiful scene I'd ever witnessed - I just wanted to stay there watching the sea and sky forever ! Just don't take me anywhere or go anywhere with me in the evening times as I can assure you that all I will do is take photographs of the sky - especially if there is a good view from where we are.

With that said, I may go up the fields some morning at 4am to watch sunrise - it's something I've never done, but am becoming increasingly interested in ! Winter sunrises are also amazing as they occur just as I'm on my way to school !

I should really stop talking now,