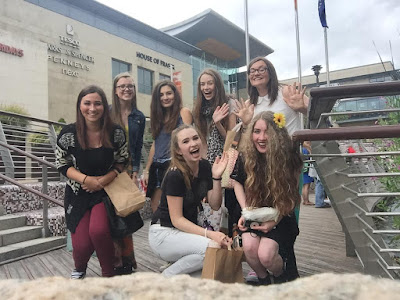 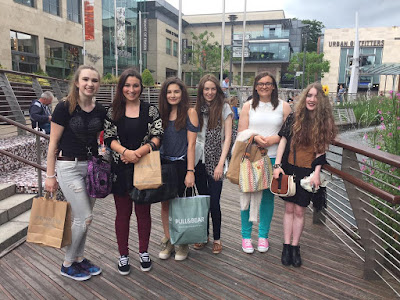 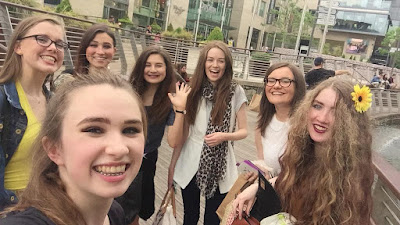 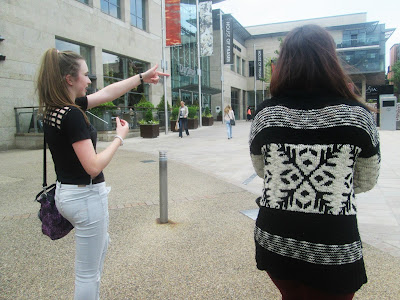 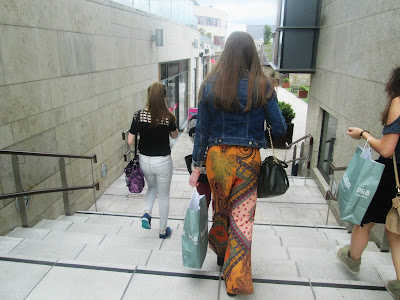 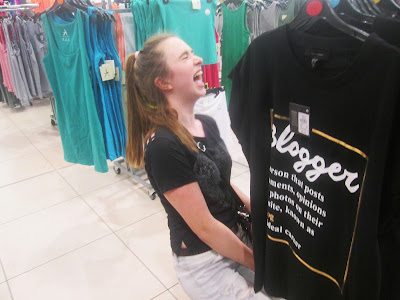 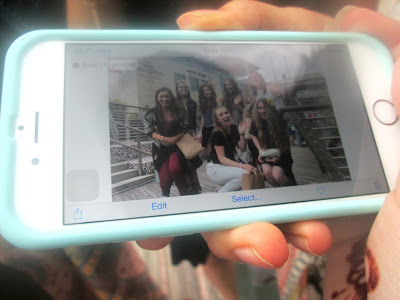 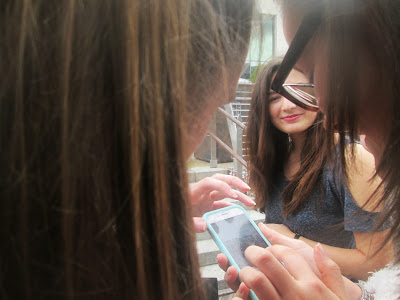 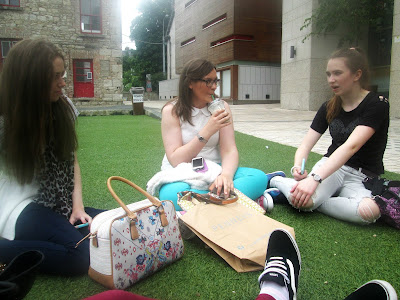 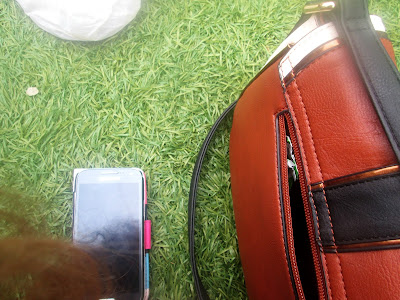 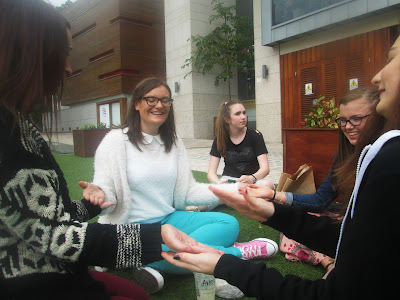 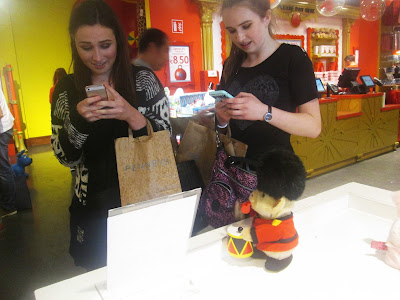 Currently listening to : The Best Thing // Is There Somewhere // Anna Sun // Foundation
Credit to Jane and her amazing phone camera quality for photos 1 | 2 | 3 // rest of photos taken by me and mildly edited

Yesterday, I went to another blogger meetup with Aveen where we met Sarah and Jane again and Cliona, Karolina and Ciara for the first time ! We'd chatted a lot on our Twitter group chat since Thursday and the conversations really reminded me why I love blogging so much and why the Internet can be amazing. We met in our usual place and I had been planning to vlog all day, except I kind of went into social lockdown and was just like 'noooo what am I doing' and we were all quiet, shy, indecisive strangers meeting for the first time so making a final decision on where to eat took a while but in the end we sauntered to Nando's ! The poor staff in Nando's probably thought we were serious when we all started the "Cheeky Nando's" "Archbishop of Banterbury" "my 'm8' is a ledge" and "cheeky banter" jokes but I think the screaming baby probably startled everyone more. Whilst eating, we discovered many things such as conversation dying whenever Jane and Aveen left the table and that my school - now Aveen's past one - is actually quite eventful and creates entertaining conversation topics.

Aveen had heard about a 'blogging : my ideal career' t-shirt in Penneys so the squad made it their mission to find it and it did not take long ! We gazed at the rack for too long before Jane and Sarah joined Aveen and caved whilst Jane posed for the funniest photo ever with the rack. We all agreed that if any of us were to wear this t-shirt around our local area, we would probably be pelted with rocks yet three more of us have since decided to buy the offending tee too. It may just become one of my 'social experiments'. Then the message went around the squad to 'take the torches out' and 'turn on your flashlights' because we were taking a trip to the literal dark side. Hollister. I am told by the squad that the store was brighter than it used to be and here was I thinking that the lights couldn't get any dimmer ! After this, we ventured down the terrifying escalators and went outside to take stereotypical group photos and selfies ! The evil selfie stick wasn't working so after I found the self-timer on Jane's phone, we took a group photo with the phone on the wall, hoping that it would not be stolen ! Many selfies, humorous Snapchat stories and smiley group photos later, we took the less scary escalators which I ended up getting lost on and ended up outside Starbucks where they actually spelled Aveen's name right ! It's a Christmas-came-five-months-early miracle guys.

Towards the end of the day, we bonded on the fake grass over deep conversations and all of a sudden there were no more awkward silences ! We also had to say goodbye to Cliona and recreate this meme and then the rest of the girls had never played 'Down by the river goes' before so I sang the song while they played and they ended up looking like they were meditating ! It was such an amazing day to see everyone and to have such a positive experience meeting bloggers once again - everyone was just as lovely as they are online and I just love their blogs even more now !