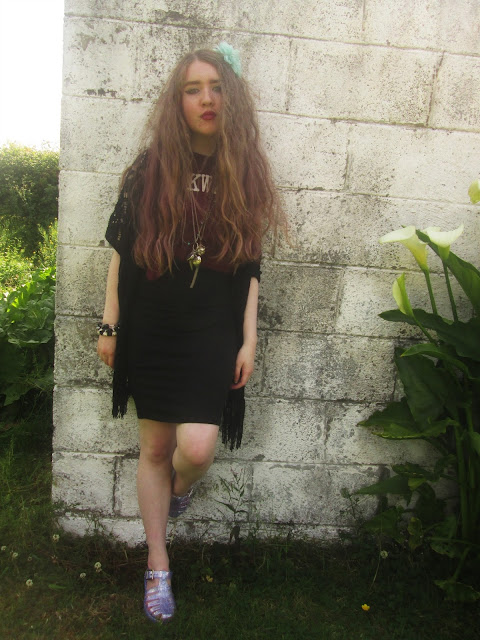 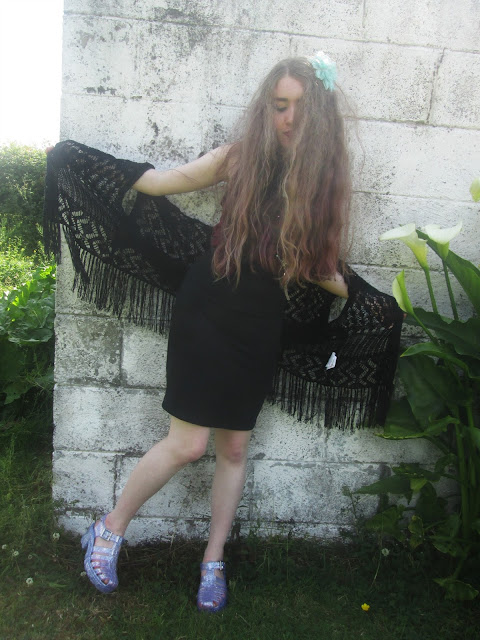 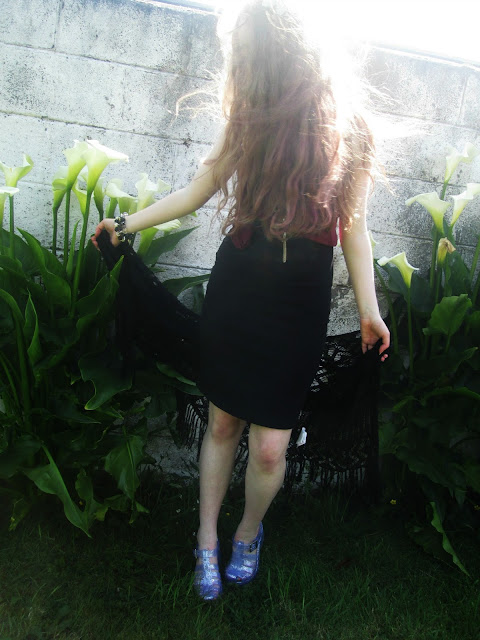 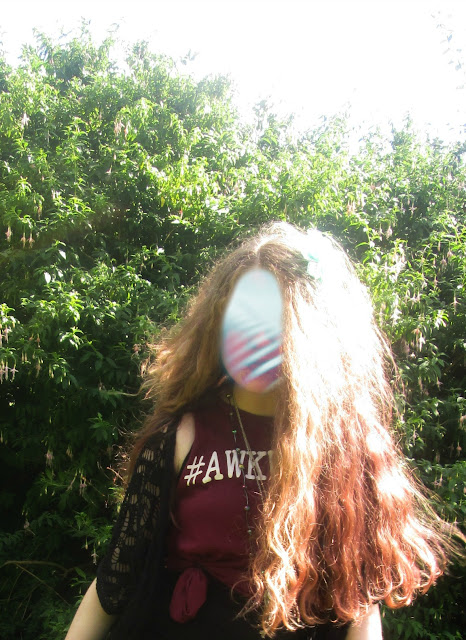 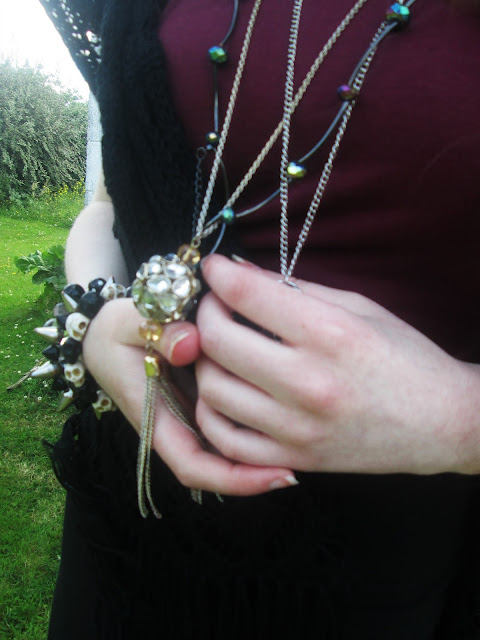 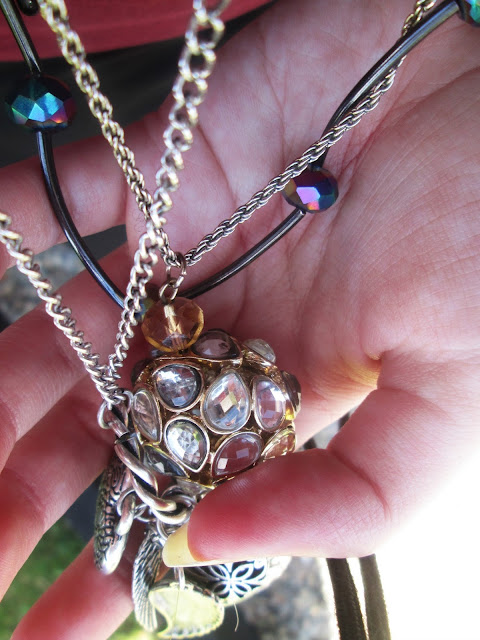 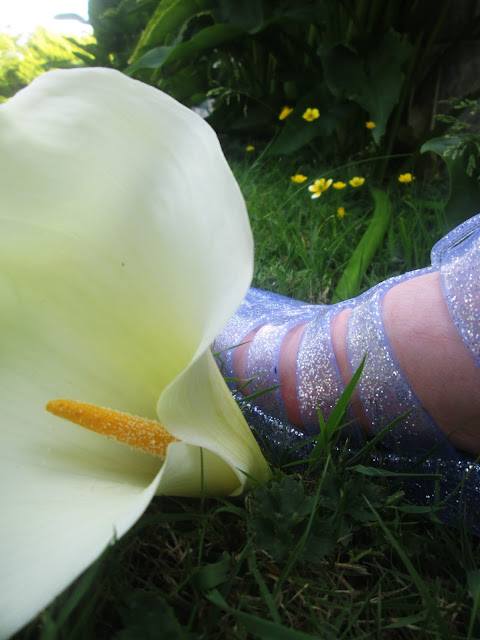 Currently listening to : Can't Feel My Face | Shine | One For The Road | Save Rock and Roll

WOW SHOCK HORROR I AM SHOWING MY FACE AGAIN IN AN OUTFIT POST AND I'M NOT SMILING. Seriously, if anyone even mentions that I am 'pouting' I think I'll just have to metaphorically throw this failing laptop out the window. But if I am to make explanations, I'll tell you that whatever way I applied my lipstick, I end up looking like I was wearing chronic bitchface all day and believe me when I say that it is debatable whether it was the day or not for chronic bitchface ! I also have been trying to find another location around my garden for taking outfit photos as it's getting a little boring for me to see the same white wall on here the whole time but it seems to be the only place with both decent lighting and setting so I don't know what I'm going to do !

Anyway, these photos were taken on Saturday when it was unexpectedly warm and sunny out again. So I decided to dress for summer weather and this black dress is what I was supposed to be wearing to the wedding in England except I changed my mind at last minute which wasn't too much of a bother since it was only €10 and it's the type of dress I could wear again and again. Problem is that as you can see, it's tight and I don't generally have the confidence to wear that kind of thing casually on a daily basis, regardless of how long it is ! That's until I started watching Netflix TV shows and films again and so many characters wear the most original and outside-the-box outfits, like they do not give  a monkey so long essay later, I bit the bullet and went for it on Saturday morning. Of course, it was going to look a bit too formal walking around town for my liking so I knew that wearing some kind of tank top over it would create a more casual look and I haven't been getting near enough wear out of my '#awkward' top this summer so instead of wearing it at the normal long length, I decided to roll it up and tie a knot for the cropped look which I am slowly growing to like !

Black cardigan again because I really did not want my arse sticking out and then a pile of necklaces too which is quite unusual for me to wear with anything not plain as I usual feel it looks a bit too much but similar to what I was speaking of earlier, I decided not to give a toss and also wear a few bracelets. For some stubborn reason, I wanted to wear 'summery shoes' so I threw off my Converse and wore sparkly jelly heeled sandals instead. Big. Mistake. So I may have been able to speed walk everywhere in them back during May but mix heat, already cut up feet and plastic shoes which are probably too small for you, well you can imagine how many times I had to sit down throughout the day or how many cuts there were all over my feet when I came home ! Don't do it, Converse all the way !

Ventures of the day included me being in town too early and trekking out to my friend's estate and waiting outside her house as a sweaty mess after all the walking, then walking back into town to meet our friend and then walking for an hour or two. Whilst waiting for our friend, I dragged the initial friend into Dealz because I wanted to buy chocolate except I ended up being scarily close to buying a bubble sword or a two pack of bubble wands, then a notebook and by the time I actually picked up some chocolate, I realised that I didn't like how long the queues were so I put it back and left. Should have bought the bubble sword. Later on, we made a trip to Tesco - the place that I compare to water gathering out in deserts - and my friend decided to see how much sweets could be squashed into one of those 3.99 snack cups and the results were humorous. Cue us sitting on a seat outside twenty minutes later, naming two of the snake sweets. The first was named Bob, as my friends name almost everything - including the wall next to where we sit in Area Four in school, although someone else wrote that on the wall but they just carried on with it until it was painted over this Easter. I said the snake looked like a Tristan and hence the second snake's name. Then we thought it would be funny to take a photo of Bob eating a fried egg sweet off my friend's hand. Our third friend is away at the moment as she declared bins as our decision making point so I made my two friends - one holding Bob as if he was a real bloody pet - stand beside the bin so I could take a photo, draw over it with our friend's name beside an arrow to the bin and send it to her on Snapchat. This entire paragraph is probably uncalled for, but I thought it was a really funny story so I'm telling it ! Then a random stray trolley buggered off into the middle of the road so my friend went after it so that a car wouldn't crash into it. Probably the highlight of my day.

Well, this was fun writing,