EXPRESSING OPINIONS- AM I TOO OPINIONATED ? 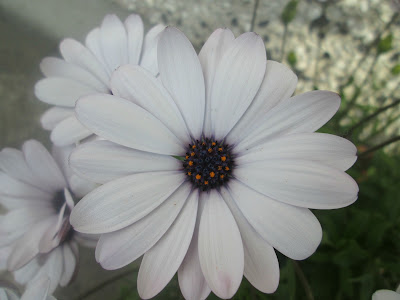 I've been getting into writing a lot lately after coming to the realisation that I have a blog where I can write what the ever the heck I like and I also have a YouTube channel where I find it really therapeutic to ramble to a camera for twenty odd minutes so I'm embracing all that. So I've never shared a lot of my opinions in depth on here but in the past year, I've really become cautious over what viewpoints I write about on here and have basically stopped. I used to be really into social issues and tops surrounding inequality and I only became interested in feminism around a month ago and even then I don't have as big an interest as I used to have in it. I just didn't feel comfortable having those opinions anymore and it came a lot from what I was reading others say, hearing others say and that was obviously influencing me.

I am generally quite softly spoken and regarded as a 'nice' person. I am shy, I have a lot of social difficulties which involve not knowing how to communicate or when something's inappropriate, etc. which is why I just avoid a lot of communication altogether and you'd expect me to be passive too. So people are usually surprised - not in a bad way, I think - when they first hear me swear, speak in fluent sarcasm or insult them jokingly. Then we run into problems because I have a lot of opinions, I would have an interest in issues facing society - such as feminism and I am not afraid to stand up for what I believe right or to express my opinion. As I've matured into an adolescent and become very aware of my sometimes social naivete, I have learnt to respect and listen to all opinions, including the ones I oppose and to not shove my opinion down others' throats. But sometimes people still act as if I do, since of course, I am a nice, friendly young common white girl who doesn't know what she's talking about and is too opinionated, too easily offended and should just keep her nose out of matters that will apparently never be of any concern to her.

That paragraph is not a 'pity me' card.
I'm just being brutally honest.

Problem is, people don't like others having opinions - especially ones that they don't agree with - and teenagers most certainly do not enjoy when their peers have opinions and now 2015 has become the year that the Internet decides that they also don't like it when you have an opinion. Cheers, lads. Not like I spend half my life on here !

And I can see how opinions can bother people ! Nobody enjoys their words and actions being criticised, monitored and lectured every waking second of the day - like who are you, my mother ? Nobody likes being told that their opinion is wrong and having another one shoved at them with no option but to have to agree with it. Nobody enjoys having to monitor their own actions and words, in case they upset someone. But maybe this is just something we have to do as we progress as human beings. And yes, there is a growing number of Tumblr users who believe that their very strong opinions are the only valid ones in existence and go from one extreme to another. For example, they either berate the white man for being a white man - keep in mind, that the user being the 'activist' is usually a white man themselves - or they pity the white man for his race and gender somehow becoming 'inferior'. I don't regard these users as activists at all and it's upsetting to see as they give other kind and fair users who educate a lot of people on Tumblr and both online and offline activists in general, a bad name. Tumblr can be a bit too much sometimes.

And I am slightly offended by this whole crackdown on opinions. Because I just gave up reading any opinion pieces online or sites such as HelloGiggles.com and RookieMag.com and just having an opinion in general ! and I left the academic year with no opinions and I felt as if I had a blank personality, like where is this part of me gone ! And that's because I never cared that much about people not liking it when I had an opinion and not agreeing with me in school. A peer of mine not liking the fact that I enjoy expressing my opinions, that doesn't make them an a**hole, that makes them sixteen. And that is not meant to come across as patronising. But when you feel that it's presumed that you cannot be both lighthearted and have a good sense of humor whilst having opinions, that kind of results in you acting a lot more reserved. Still, I always had the Internet to express my opinions on, except then I was suddenly starting to read all these comments on the Internet which were saying that people were taking their opinions too far and opinions, in general, were not good for anyone. So let's read a few examples ! 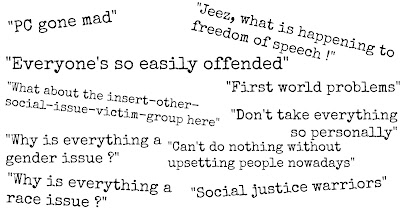 It's a bit like a maze, bit of a tongue twister really, don't you think ?

And of course, the media - stirring the sh*t as always - have to weigh in on all this too. Take for example, Kylie Jenner and Amandla Stenberg's disagreement. Both girls could have chosen their words better but they both had their own fair viewpoint. Except, where the media would have, in the past, shamed and put down Kylie and championed Amandla, they now go along with this whole new "everyone's too easily offended" culture and half brushed off Kylie's actions and focused a negative light on Amandla and stirring the whole "too offended, too opinionated" attitude. I don't agree with either situation of what could have happened in the past and what did happen now, plus let's not forget that some of the headlines belittled the whole disagreement into a "teenage drama" because wow, this did not involve any important matters or valid opinions at all ! Also, they seemed conflicted over who was right yet continued to pick at different sides. Bad journalism.

So whilst a lot of people claim that their freedom of speech is being limited on the Internet by others having strong opinions and that the Internet is going very 'politically correct' and policed or monitored, I politely disagree. I believe that if things keep going this way, where you don't feel very welcome to express your opinion online since you're afraid of having your throat throttled down by loads of random users and then having a whole load of other users telling you that you are being too politically correct and taking things too seriously. I believe that we will have little or no freedom of speech and that the Internet is going to become a very grey spot - another one - for opinions.

And there are a few things that we have to accept.

One is that we're all going to have very complex personalities. Some of us are going to be very opinionated and that's okay ! To quote Danisnotonfire - "It's okay to express opinions as long as you're not a jerk about them". Other people are not very opinionated, they don't have an interest in issues such as inequality and that is also okay ! If you are interested in those topics, you can educate these people about these things without forcing it down their throat and if you're not very interested in these topics, you can still listen and politely say "that's great, but I don't have an opinion on this". Also, some people are going to come from different backgrounds or there will be events in their past that may make them more opinionated when it comes to certain issues. For example, a woman from a third world country may have a lot more to say on race and gender. A person who didn't come from this background can still have an opinion. This is called being an ally and as an ally, it's important to remember not to act as if you have gone through this experiences that you have not been through and don't know what it's like first hand, yourself, but you can still support people who have and raise awareness. You can read Rookie Mag's guide to being a good ally here.

I really feel that until we accept each other for having opinions and realise that people are not going to stop having opinions or taking part in activism, the Internet is going to become yet another grey spot for expression. Please feel free to share your lovely opinions on the topics discussed in this blogpost in the comments.