The T-Shirt Speaks For Me 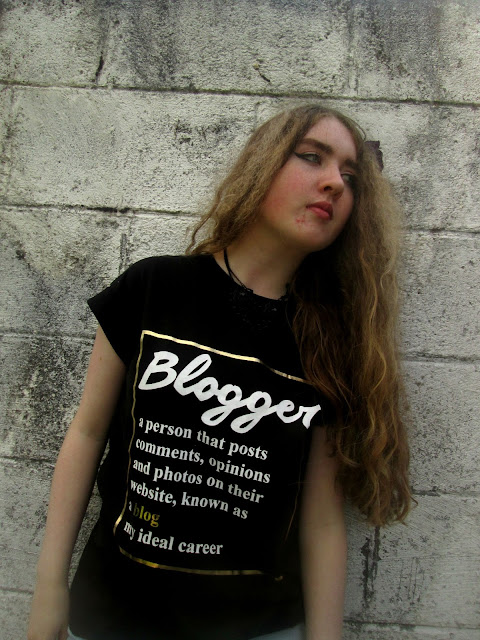 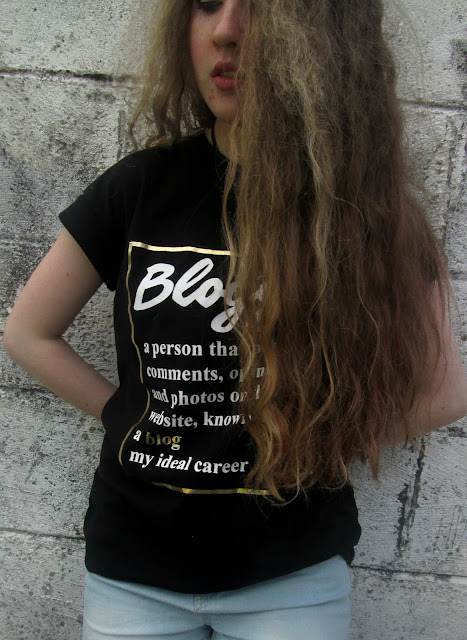 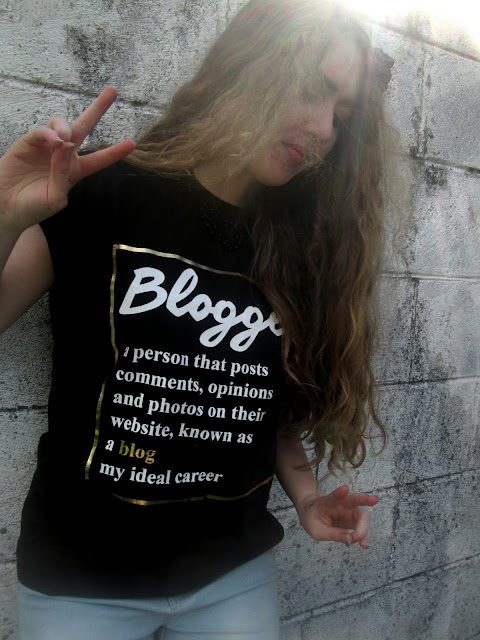 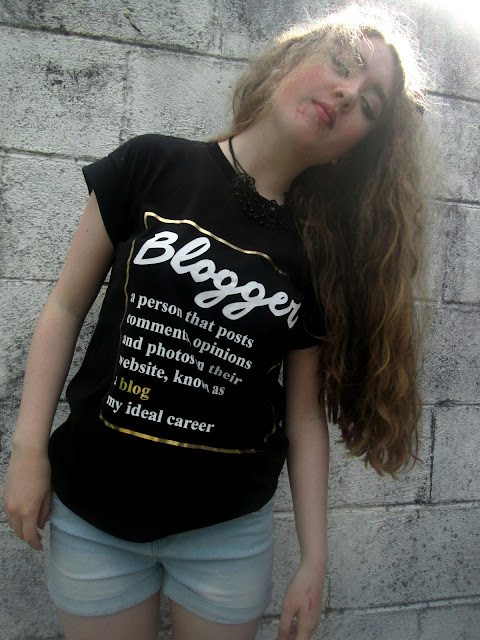 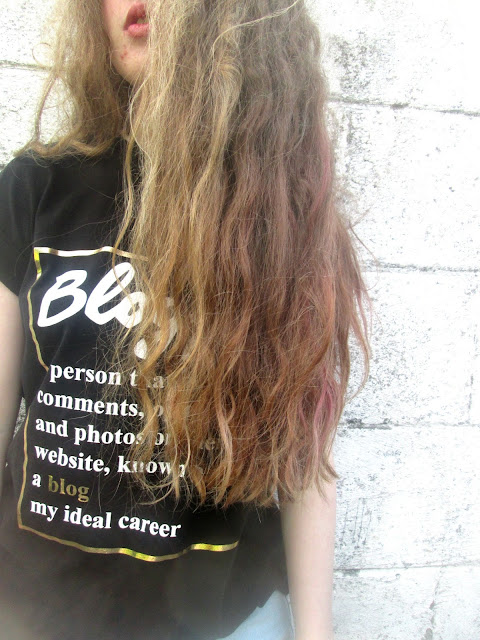 Slightly greasy hair, denim shorts, baggy t-shirt with a 'so relatable' caption and the same white wall as per usual. Just blogger things. You're supposed to read that last sentence in a Californian accent or whatever accent exists on Tumblr.

If you read my last post, you'll remember me speaking of how three of my blogging friends had bought funny blogger t-shirts on Sunday after Aveen found about them and the other three of us have since followed suit so the current joke is that this has become blogger meetup attire and we're just going to amuse ourselves next time we all see each other by showing up in the exact same top. Lately, I wouldn't wear as many t-shirts or tops in general with writing, etc. on them but this one won me over and actually ended up suiting me when I tried it on at home - double win ! I'm probably going to wear this outfit for the rest of the week since it is so comfortable and it remains to be seen how many times I will be heckled when I wear this. That is hopefully an unlikely situation even though posting your opinions on the Internet is not always taken lightly ! On a side note, my hair looks like it's been ombré-d from blonde to pink sideways in the last photo, but in reality the dye is just disappearing oddly.

The last few days have consisted of me writing and reading more, attempting to spend less time on social media and trying to think of decent blogpost ideas. The last two on that list might not be going as well as planned so I may work on that by throwing my phone-that-wouldn't-break-if-you-dumped-it-from-the-moon out the window. That was a joke because I'd fear that I would be too lazy to leave my room to retrieve the phone.