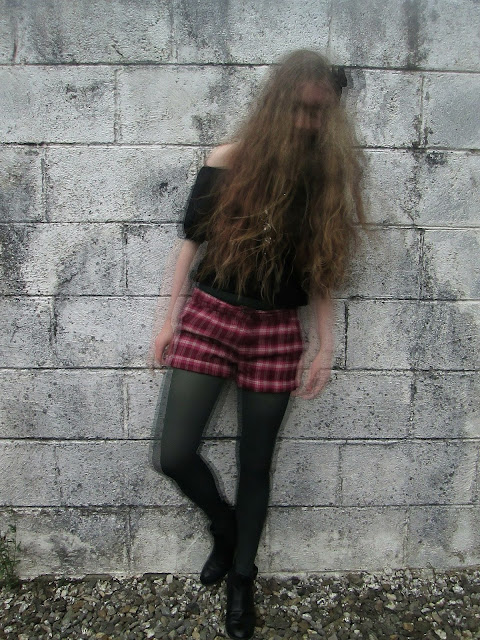 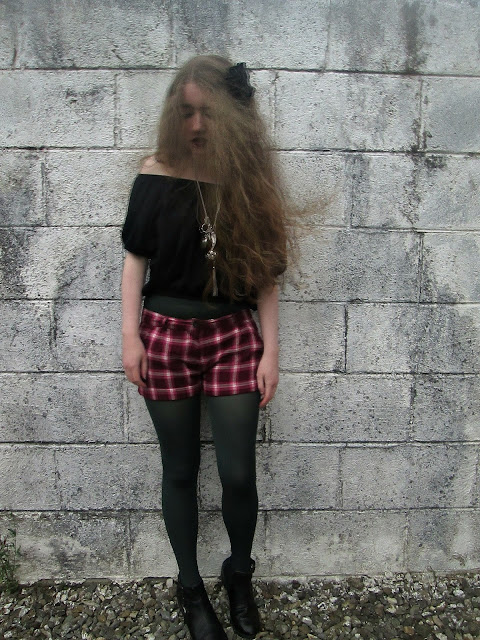 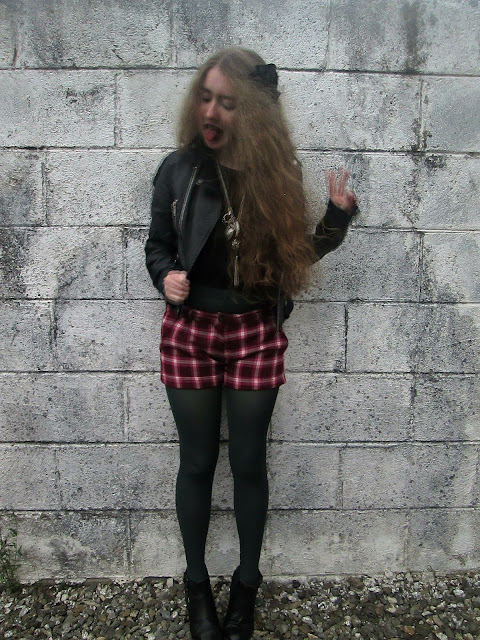 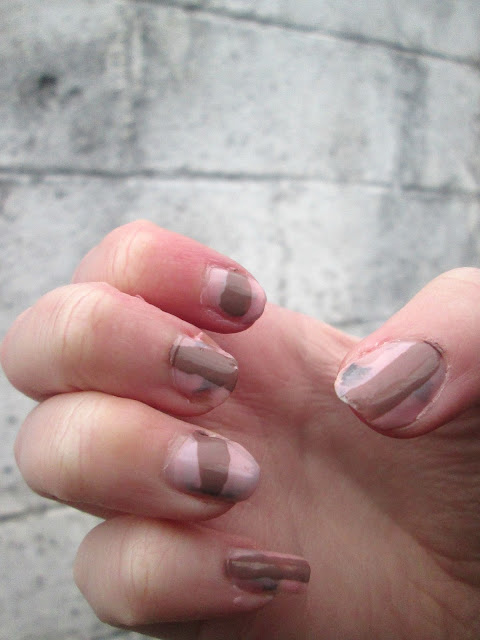 Currently playing : the Paper Towns soundtrack, I acknowledge my obsession but it is amazing.
Particularly listening to : Radio | Swinging Party - another version | No Drama Queen | My Type | Look Outside

So this weekend is the August Bank Holiday weekend, i.e when a lot of people flock around town. That includes myself, unfortunately. I have become the type of the person who dreads going anywhere this summer, more than ever before, so I'm working on that ! Back to digital camera photos for this one since I was in a rush and I had my camera on a certain setting which gives that strange blurred effect whenever the subject moves and of course, I am not one for staying still so of course, these photos had to turn out with that effect. So just to clear up a thing or two, Photoshop has not been used on the first photo and my wrists obviously do not look like that.

So yesterday before all this, we were elsewhere having a roam around Penneys and there were these opaque tights on sale in my favourite kind of colours - mustard yellow, burnt orange, burgundy and bottle green - and they were only two euros each so I ended up coming home with the bottle green pair ! Mam reckoned they would look well with the burgundy shorts I was planning to wear and I really enjoyed wearing something different. If you didn't know already, I have issues with wearing certain types of materials and any form of tight clothing - they make me feel uncomfortable, sick, upset, etc. - and opaque tights can be a right pain, yet Penneys' tights seem to be the only ones that I put on and wear with complete comfort. Onto my shorts, after almost three years this pair actually fit me properly, they're quite handy for coming into the autumn as they suit basically every top in my wardrobe although the only issue is that they aren't high-wasted and as you can see, my off-the-shoulder top was quite insistent on not staying put at all so I spent most of the evening pulling it down ! Bring my mustard yellow beanie payed off when it ended up raining and my jacket was kind of common sense since I don't really plan on catching a cold anytime soon.

Tonight, I dragged my mam along to the cinema as it was showing Paper Towns two weeks before it's supposed to be released over here ! I was slightly nervous to watch it since it's my favourite John Green book, I've watched all the cast interviews a ridiculous amount of times yet I had read so many bad reviews. Contrary to what I had mainly read online, I ended up adoring the film and so did mam ! As much as it there was parts of the film that differentiated from the book, the message of the book and the most important quotes both stayed true to the book. The characters were really brought to life and I loved the realistic and relatable relationships so so much - mam and I agreed that a lot of the characters, especially Margo, reminded us of people. I really felt that the film was as amazing as the book, it really brought it to life and I'm not just saying it because the book is my all time favourite ! I also cried watching it, something that I didn't do when watching The Fault In Our Stars, so it turns out that I am not heartless b**tch ! I might write a full blogpost about it - as in both the book and film - as where else am I going to ramble to death ?