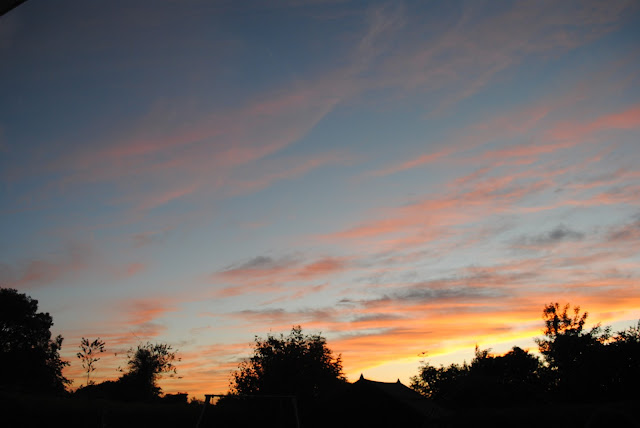 I've been writing and procrastinating on this post for the past day and a half but it's just as well that I had left most of it today as I'm in the frame of mind to rave about everything that I am currently loving ! Also, the sky has been even more beautiful than usual over the past few evenings and you probably know about my obsession with sunsets by now so it doesn't come a surprise to anyone that my camera roll is still full of sunsets ! Anyway, on with the post ... 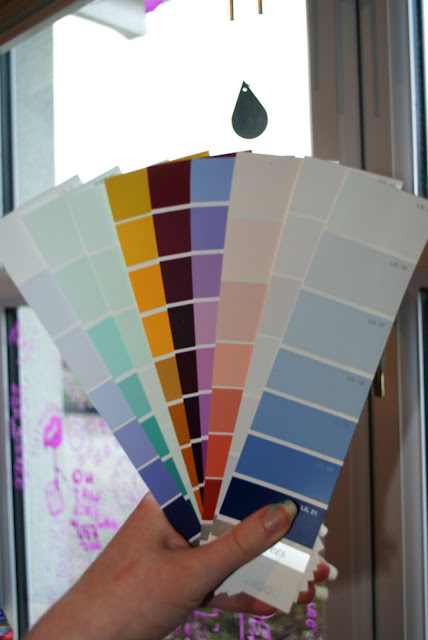 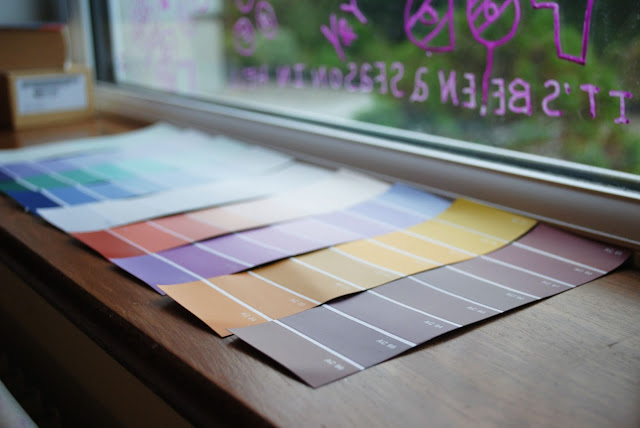 We were roaming through a hardware store the other day so when I saw the wall of colour samples, I went on a bit of a rampage. Compared to other times when I'd practically pick up anything that I thought looked pretty, this time I grabbed the specific colours which I felt represented certain things - the pastel goth tag on Tumblr, a sunburn metaphor, sunshine and orange juice, my favourite vampy lipsticks and the HB1 Vscocam filter used to edit the photos of a lot of my favourite Instagram accounts. When I was younger and discovered Paint on the computer, I was fascinated with all the different types of reds, blues, greens, etc. and now Tumblr aesthetics and the Internet in general has just fueled the fascination all over again. I'm thinking of using these strips to begin scrapbooking or creating mood boards which will be fun ! 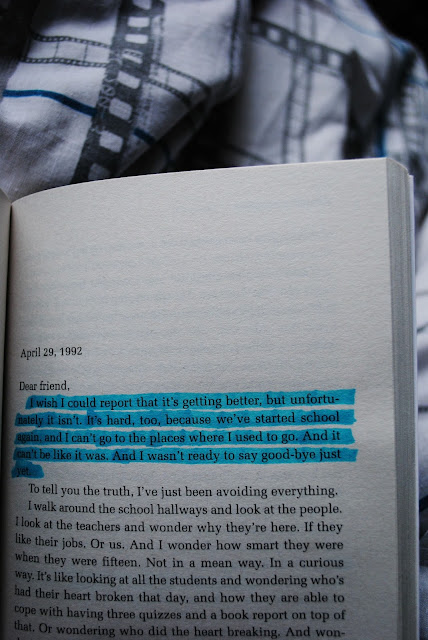 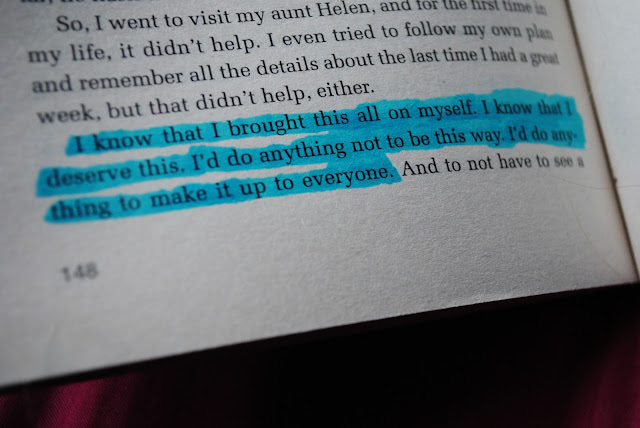 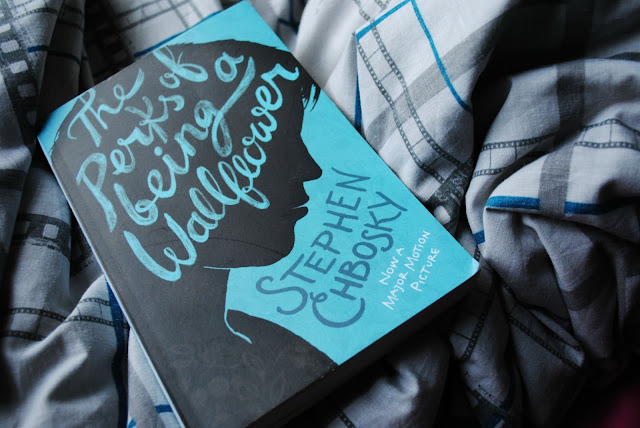 One of my favourite books and film adaptions is The Perks of Being a Wallflower. I usually watch the films in times where I don't feel unsure in myself and social situations or basically, when I'm going through a crisis which occurs when I remember that I possess limited social skills. I watched it at the end of Christmas Day when I was still convinced that it was overrated and although it was a great film, I felt that I had seen better. Then I watched it the night before St Patrick's Day which was when it had an actual effect on me and I began to really appreciate it. I think I could have watched bits of it once or twice since then, but I read the book briefly in bits over the Easter Holidays and began reading it properly last week. From reading the book, I understood Charlie's character and the relationships even more and I ended up getting really upset since I related to Charlie more than I've related to any character in a good while if not ever. Also, there were a lot of the social scenarios that he finds himself in that were too similar to the ones I've been in, difference is that these situations in the book of course have a happy ending and my real life scenarios do not. And for that reason, I am yet to end the book and have given up reading it in the early hours of the morning. I'll probably try to finish it over the next week or two and then watch the film as part of my time to familiar myself with social situations movie marathon the night before school returns.

And I began highlighting my favourite quotes in books because

a. I like them
b. they look pretty in photographs and
c. I may or may not have been inspired by certain films and social media accounts. 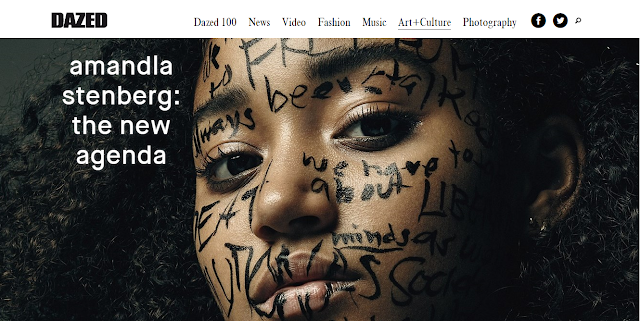 Can we take a few moments to applaud Amandla Stenberg and the other amazing people using their platform - particularly online - to turn a negative into a positive and to educate people and raise awareness on issues that still exist in society. I find The Internet to be quite a negative place a lot of the time and a lot of people - except my mam, who does actually understand, thank god - tell me to take a break from it and I then ask them why should I have to accept the negativity ? Two afternoons ago was like a bloody beam of light. First, I read Stenberg's interview in Dazed and could not stop beaming. I first watched Stenberg's video 'Don't Cash Crop My Cornrows' several months ago which really educated me on cultural appropriation and why it is such an issue. She's an actress and activist I respect so much since she's actually using her platform to raise awareness and therefore, educate others on issues still around in 2015 that shouldn't be - i.e cultural appropriation, lack of racial diversity, feminism and so on. I also recommend her Life Syllabus in Rookie and her Tumblr  - both are so so amazing. The next enlightening thing I found was Teenage Mysticism and I cannot describe how brilliant it is ! Despite only discovering this two days ago, I have already learned so much and have regained interest in so many topics. The content is so interesting, articles on teenagers and politics,  white-washed feminism, interviews with men who can point out that feminism isn't misandry, musicians and models. I've also being reading Rookie a lot more and all in all, I have regained faith in the Internet ! 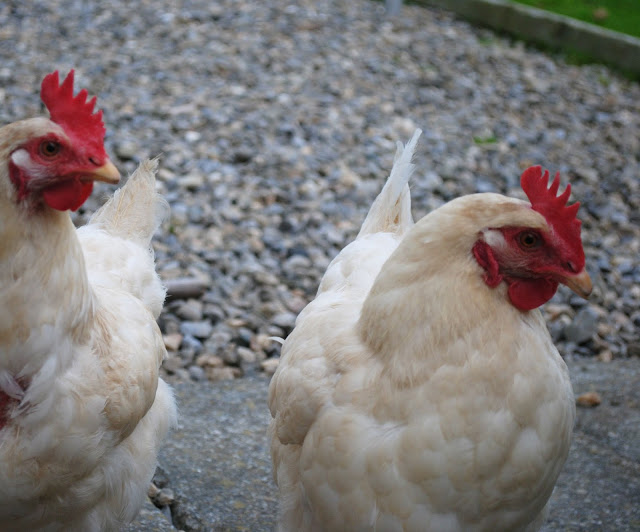 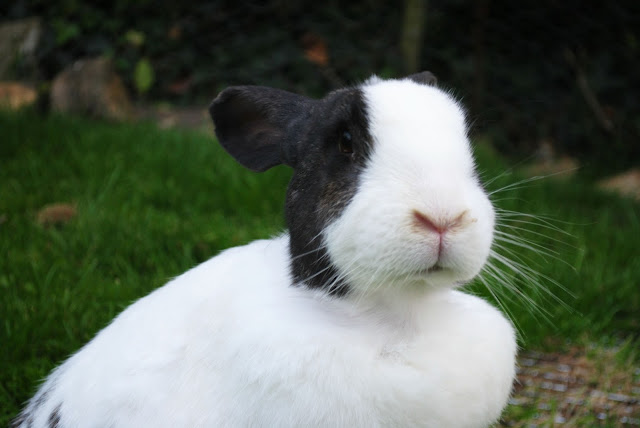 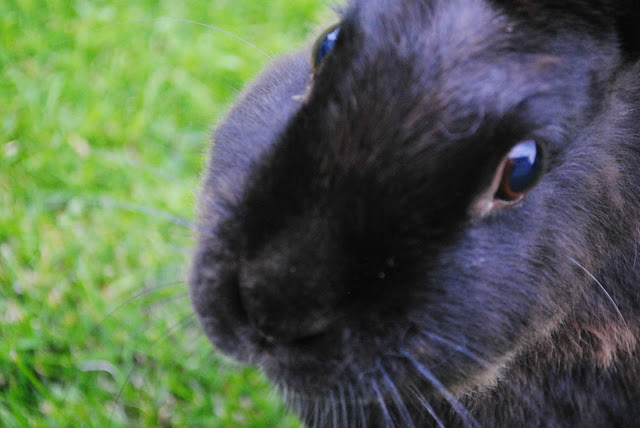 Mam's camera is amazing, I don't think that I appreciate the quality of the photographs it takes enough ! I've been trying to spend more time outside with the rabbits before the month is out and they're beginning to adjust to the different camera which means they stand still and stare when they hear the shutter sound and then proceed to start sniffing the camera which is entertaining until they refuse to leave the thing alone ! The hens have also stopped thinking that it is food, which is great ! I cropped the above photo as the chicken on the left who we know as The Half Eaten One still looks like she has been - wait for it - half eaten and although her feathers are growing back, I don't want to gross out anyone ! The weather has been so warm so THEO - we're shortening the name of the half eaten one - tends to stay in the shade inside the rabbit house a lot whilst it's open but today Plum was resting there too and they were both there taking a nap together and it was probably the cutest thing that I've ever seen ! On the topic of photo taking, I missed watching the meteor shower last night so I'm giving it a go tonight and hopefully I'll have one or two pictures of the sky to share ! 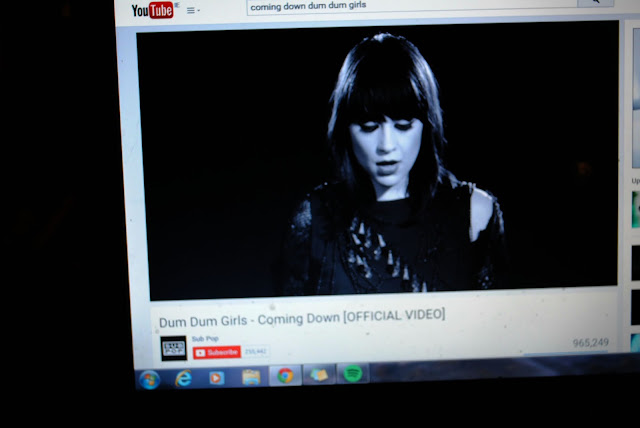 Right now, I'm listening to Coming Down by Dum Dum Girls - as you can see above, Landslide by Fleetwood Mac, You Are The Sun by French Films and Friends by Led Zeppelin. They all kind of sound similar and are very calming which is partially why I'm enjoying the sound of them so much right now. The first and last song mentioned are both from the 1970's so you can work out from that that I am going through quite a 70's phase at the moment, hence me becoming dangerously close to reblogging every pretty photo I see on the 70's tags, except I'm too stubborn to change my whole pastel theme. Back on top, the other two songs remind me of the era too, although possibly 90's if we're discussing Dum Dum Girls but all these songs just make me feel as if I'm on a never ending road trip in the summer months three or four decades ago ! 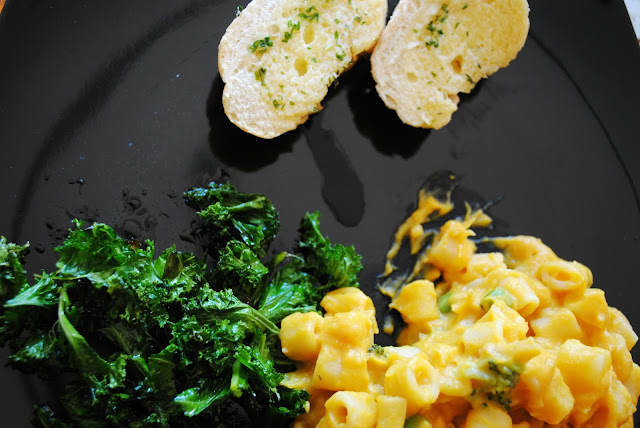 Mam made the most amazing dinner, which could be described as vegan if we ignore the garlic bread ! On the left is crispy kale which tastes so so good, it's honestly the nicest food that I have tried in a while ! Kale has always been one of my favourite vegetables anyway but when rubbed in oil and shoved in the oven with a sprinkling of salt, it is extremely satisfying and tastes very similar to ready salted crisps ! I'm generally quite a healthy eater, I mean my whole family are, except this summer food's just kind of being fueling my problems - it either fills a hole or digs a hole further. So I'm just here coming up with a list in my head where I place my worries in terms of where I'd ideally like them to be and food is at the very bottom.

So that's everything that I've been loving lately and I'd love to hear about your current interests in the comments !