The Nostalgia of the Paper Towns Soundtrack 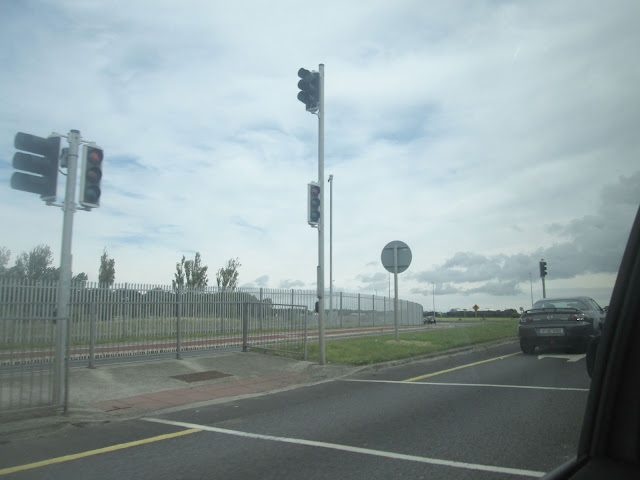 If you are one of the unfortunate sods who follow me on social media, you will know how much the book Paper Towns means to me and how much I adore the film adaption. A lot of people aren't fans of the film because of the many changes from the book, but if there's one thing that we can all agree on, it's that the movie soundtrack is absolutely amazing. Every decent teen movie has just as good a soundtrack to accompany the story, take Clueless, for example. I don't usually pay much attention to the soundtracks for films, even when I adore the movie itself, but this whole album appeals to me on another level altogether. The word to describe the whole appeal and vibe of it is nostalgia. A completely overused word on Tumblr, but is practically the making of this soundtrack ! It's something that captures the whole tone of the movie and all the 'firsts' and 'lasts' perfectly. It almost tells you the story just through the grouping of songs, which is kind of what a film soundtrack is supposed to do. The timbre of the songs not only causes you to feel nostalgic for the character's journey throughout the film, but also for your past, your present and your future. From my point of view, nostalgia is one of the reasons why people love music so much and why they find some songs relatable or why certain songs make them feel happy or sad. This album causes you to yearn. I also kind of feel like I'm on a roll every time I listen to it. Basically, whoever put together this selection of songs is a bloody genius and I wish I was him or her.

Warning that I will get overexcited when rambling on forever about my favourite songs during this post.

To The Top by Twin Shadows plays at the beginning of the trailer for the film and sweet holy cow, I have grown to adore Twin Shadows ! The vocals and music are so soft yet strong, if that is possible, and the whole sound and lyrics are so thrilling and fitting, especially for Q and Margo's relationship - promise I don't do air drums each time it plays. It often plays during the end credits and it almost set me off crying the first time. I have problems. Smile by Micky Ekko is the second song played in the trailer and since a snippet of it played in the trailer teaser clips, I have been in love with it ! It is such a fun and exhilarating song which really makes you feel as if you're on an adventure and actually living when you listen to it; sometimes even a happy kind of sad ! As much, I can match the whole song to scenes of the film, I can also match it perfectly to an afternoon in the weekend after the trailer was released and it all fits so perfectly ! Again, it fits in perfectly with the whole story line and the theme of taking more risks. It's also brilliant to hear a song that not only sounds uplifting, but the lyrics are quite uplifting too; in fact, that is probably one of the factors I love the most about the songs on the soundtrack.

Lorde's cover of Swingin Party was my favourite song back in October and Kindness's cover really  brought me ten months back ! Lorde's cover is beautifully dark and mysterious, as if time is pausing; quite appropriate for October. But Kindness's cover was still hauntingly mysterious, kind of pulling your stomach in and back to whatever time you're remembering yet less dark and more upbeat and laid back. I didn't initially enjoy the cover as much as Lorde's but as soon as began playing on the screen in the background of young Q and Margo on their bikes, I adored it and it really did add to the whole 'reminising on childhood' vibes. The next song in the film that captured me was Radio by Santigold. Santigold's voice is so mesmerising anyway that she makes the whole song so hypnotic, gelling in with the scene and now every time I listen to it, I feel like I'm Q going to his first proper party, hearing the beat at the start of the song on his way in. That sounds weird, but I swear, I'm not even joking ! Also, the pre-chorus grabs me every time.

The second time that I went to see the film, I recognised the songs a little more and so, Moments by De Lux has become one of my favourite songs since ! It's such a brilliant and fun song, perfect for the first scene of Q and the rest of the characters in the present. Like a lot of the songs on this soundtrack, it's a track that could be described as similar to music from the 80's and is just the perfect song to bop along to. The mix of Lost It To Trying by Son Lux is my second favourite song to Moments and is just so so gorgeous. The alluring beginning of it plays during the scene at downtown Orlando and whoever edited the quick shots of the buildings to the beat of the music deserves a bloody medal; the way it was filmed and put to the music along with the setting time of night just made that scene so interesting and even more beautiful because of the whole fast pace of the song, it is so suitable to approaching the end of a night or approaching the end of anything for that matter; the whole tone just makes you feel that everything is coming to an end in one big rush and it's amazing; definitely the type of sound that I adore ! Following on from this, No Drama Queen by Group Love is another amazing track, also reminding me a lot of songs that you'd hear in teen movie soundtracks from the 80's and 90's, such as Clueless, as I mentioned earlier ! Group Love's music is always fantastic and perfect for any upbeat summer day so I'm just here looking up the rest of their songs.

I adore the rest of the album, although the songs didn't really captivate me as much as the ones mentioned above ! My Type is brilliant song that sums up any party atmosphere and Great Summer is quite a chill song and perfect for a slowed down summer evening. Vance Joy's voice is of course, always whimsical and again, fits in with the themes of the film. Look Outside is a beautiful song too and frankly, I'd listen to any song that Nat and Alex Wolff sing ! Falling by HAIM has always been one of my favourite songs and another one that is great for the film; I also love Taxi Cab, because duh, Vampire Weekend are incredible and I don't have to go into detail about Runaway by Galantis - it's played so much on the radio that we all know how amazing it is - and this remix reminds me a lot of the remixes played at the carnival on the August bank holiday weekends ! I wasn't as mad on the rest of the songs but you may have a different opinion to me !

Although this post is quite similar to my monthly playlists, I have never actually written a piece on one particular artist or album and I probably haven't even got all my points across in this but nevertheless, I'd love to hear your thoughts on these songs below and whether or not you'd like to see more posts similar to this in future !