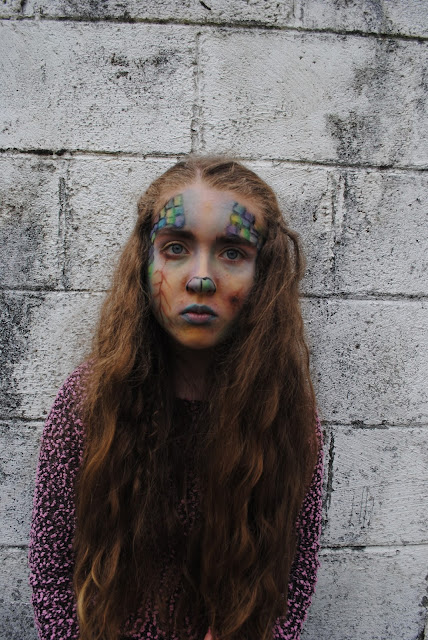 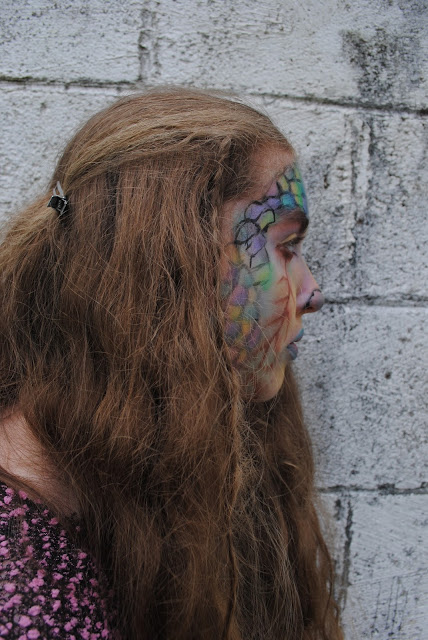 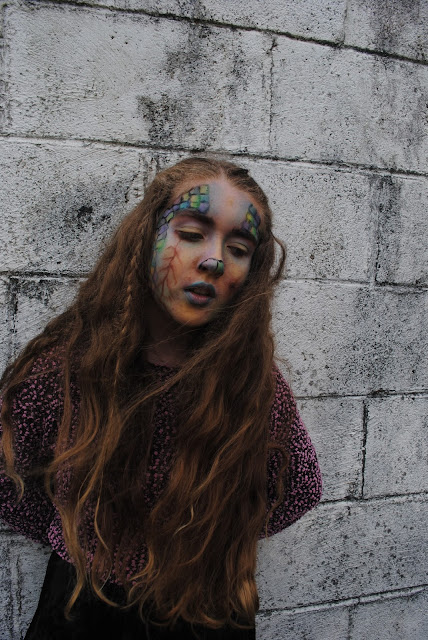 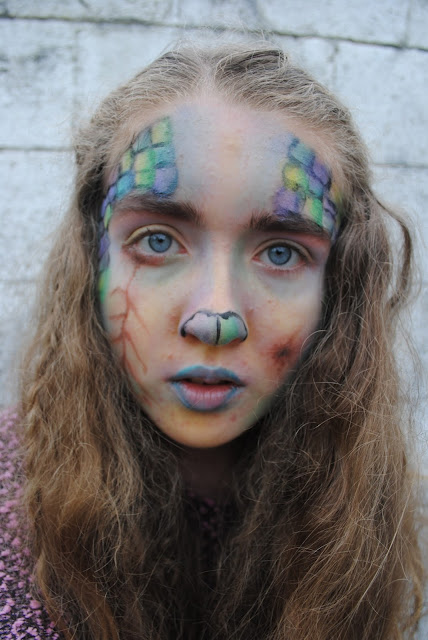 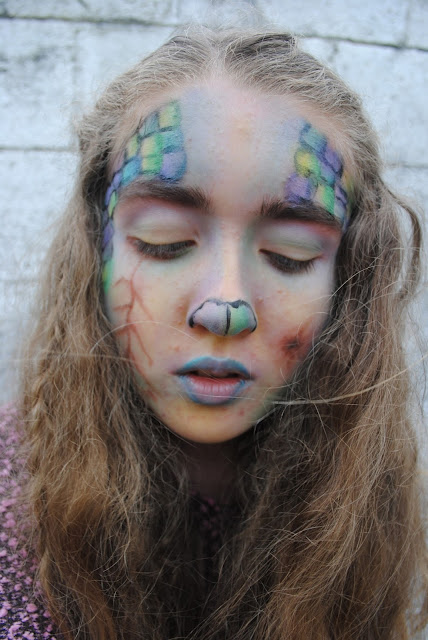 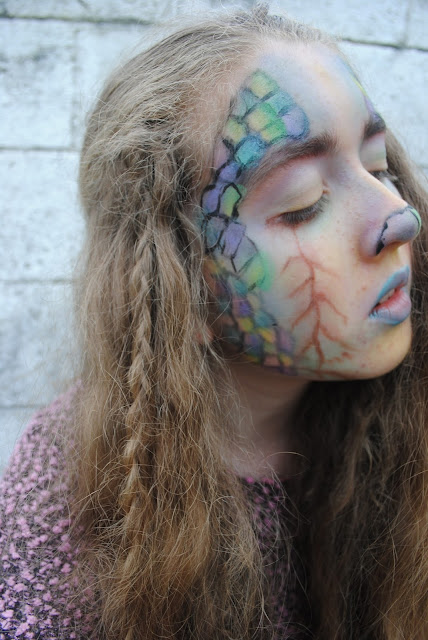 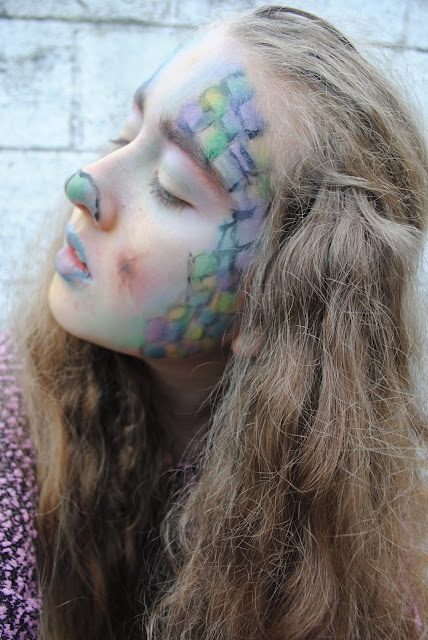 Today's Halloween look is a mixture of an attempt at fish scale shapes, multi-coloured contouring and fake blood. There is honestly no real title for this but all suggestions are welcome ! This week, I managed to film a half-decent tutorial of it so you can either watch that or read the steps below or do both.


1. The first step I took was applying a base to the areas where I'd be creating the shapes ! This is so that the eyeshadow would take longer to wear off so you could use primer, foundation or any kind of base makeup - I used concealer and the footage of me applying it is slightly humorous since I had not touched the product in months !

2. Next I took a black eye pencil and started creating the outline of fish scale shapes to create mermaid-like scales, almost like the fishnet pattern. My pencil was old and quite blunt so I later went over the outline with liquid eyeliner but I found that this completely ruined the look ! You could carry out this step all over your face but I decided to keep it to the temples, edges of the sides of the face and the end of the nose.

3. Of course, we have to fill in these scales ! You could pick any colours at all but I decided to switch it up a little with some pastel eyeshadow - face paint or cream eyeshadow might be easier to blend in though. I had two different shades for each colour - for example, turquoise and a cobalt blue. I applied the lighter colour all over the space, followed by applying the darker colour to one corner or side and blending it in towards the centre.

4. I decided to go a bit crazy so unplanned multi-coloured contouring kicked off ! You can see it in the video, I used the same colours as I did for the scales - yellows, purples, blues and greens - but again, personal preference ! These are eyeshadows so they wouldn't be pigmented enough for strong contouring so the results were quite light but it still gave off tones different to my natural ones and that is the look we're going for ! I just contoured the typical areas - darker colours from the temples, lack of cheekbones and down the sides of my nose, fading into lighter shades. I also shaded my brows with a deep purple and outlined my lips with a turquoise eye pencil, blending it in towards the centre - I felt like Ke$ha in 2010 !

5. I went a little spontaneous with the fake blood after my camera died. I tried to create a bullet-like or even a round, picked scar using fake blood, topped with brown and dark purple eyeshadow. I also tried to create branch shapes with the fake blood, going over it with brown eyeshadow and creating a swollen effect around it, using blush as always. I filmed none of this but I have tons of tutorials from the past two years where I've created a very similar look, just exaggerated. I also used similar steps under my eyes but remember never to let the fake blood near the eyes - y'know, just in case there's anyone reading this who didn't know that.

So that is this week's very spontaneous and unplanned tutorial !