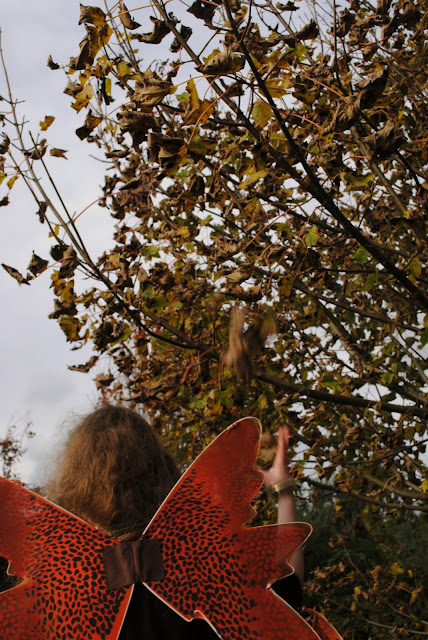 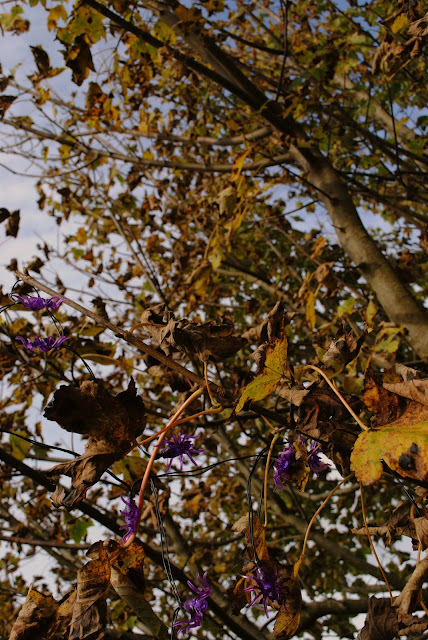 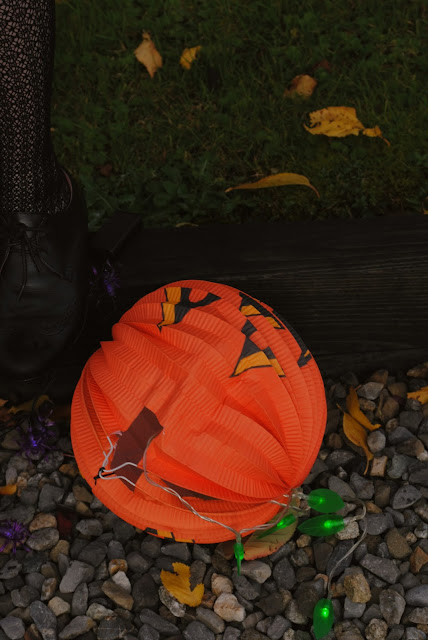 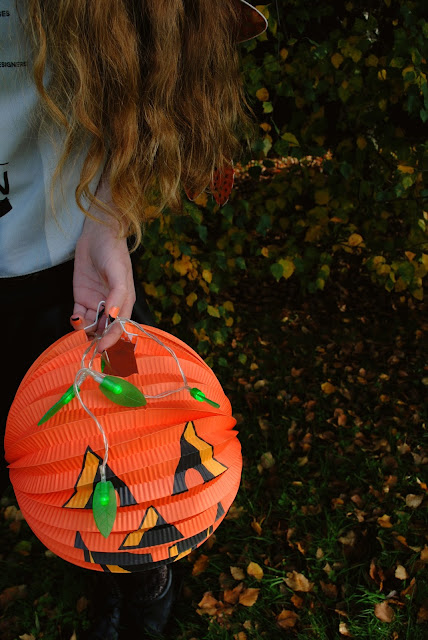 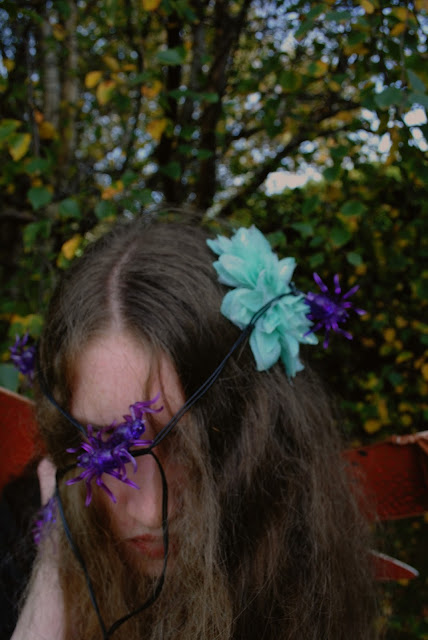 .... You'll meet an eejit running around with a pair of moth wings and a tripod, that's what !

There are now only two days left of this month of October and I needed another excuse to dress part-little autumn creature part-fancy dress and to throw fairy lights and pumpkin decorations everywhere, looking all eery. The original idea came about when I was listening to Out Of The Black - mentioned below - and I was thinking about how cool it would be to take a bunch of photos inspired by it, considering how all of Royal Blood's music videos are amazing ! Somehow, I imagined a little kid dressed up as a fairy, surrounded by colourful lights in the pitch dark and then there were shoes on railway sleepers and a few other images I can't remember - they were all doodled down anyway ! And as you can see, the above is what transpired.

I haven't gone near these moth wings since Second Year - photos taken with them from this time are quite unfortunately hilarious - but I went rooting in my wardrobe for them today as they're the closest to fairy wings, then insisted on wearing them all afternoon and now, I am insisting on wearing them out tomorrow night (wow I sound like a sociable being.). They didn't even get caught in any tree branches this time - a personal achievement from my perspective - but the spider lights made up for that. You see, these beautiful yet irritating fairy lights, along with a skull set, have been looming over my bed during the past month. The bed is where I generally study, I sit back and guess who's hair continuously gets caught in purple, plastic eight-legged insects ? So today, for some odd reason, I thought it would be a good idea to wrap the set around my head, as if a halo was to be formed, and as the self-timer on my tripod beeped, more and more wasps came out of the woodwork - there were more out today than I've seen all summer, I swear ! You can guess how fast I ran when they started congregating around the tripod and then not one, but every individual bloody spider light got caught in my hair ! Fairy lights 102778 : 0 Grace. So, I reluctantly decided to view the situation as a way to pay homage to all the time over this past month that I have spent trying to take these feckers out of my hair when I could have been getting an extra few minutes of study in.

The weather was even better today and as much as that was great, it didn't suit the tone I was going for with these photos, so the brightness has been slightly adjusted as to create a bit of darker look. 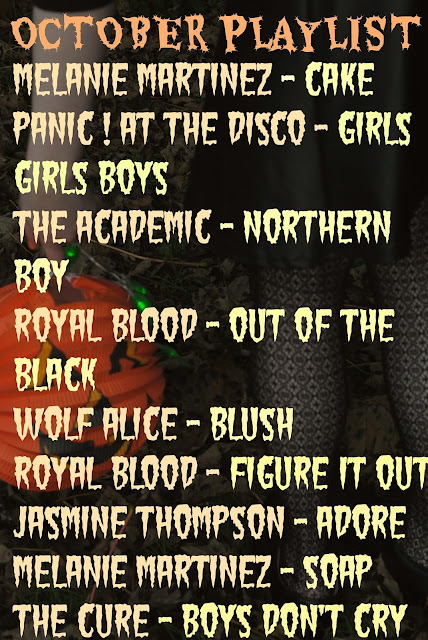 Wow, Grace actually managed to listen to more music this month, go me ! A lot of this is stuff I'd previously listened to but hadn't actually appreciated until now - like how did I ever dismiss Panic ! At The Disco ? I've also been listening to Melanie Martinez on repeat and tried to play 'Cake' on keyboard (right hand only because what is coordination.)  and then listened to lots of Royal Blood, generally 'Out of the Black' every day at lunchtime. Like I said previously, their music videos are crazy amazing - particularly all the tints in 'Figure It Out' ! I also began listening to Wolf Alice again - 'Blush' is a beautiful song with a beautiful music video - and then when listening to 'Adore' I find out that Jamine Thompson is fourteen years old, what the heck ! 'Northern Boy' by The Academic is another amazing song, I didn't like it at first but then I all of a sudden loved it once I heard it on the radio ? 'Soap' just spoke to me on another level altogether and after this, I found out that The Cure sing 'Boys Don't Cry', as well as a heap of other songs that I already loved !

And breath in, breath out because that was a mouthful, I apologise  !

I'd love to hear what your favourite songs have been this month so don't shy away from leaving a comment ! I'd also love to hear what or who you plan on dressing up as this October 31st. Halloween round one is tomorrow and all I know is that I'm wearing my trusty black velvet dress and these moth wings but I will have a post up over the weekend on whatever I decide to dress up as !