DECKING MY ROOM OUT FOR CHRISTMAS 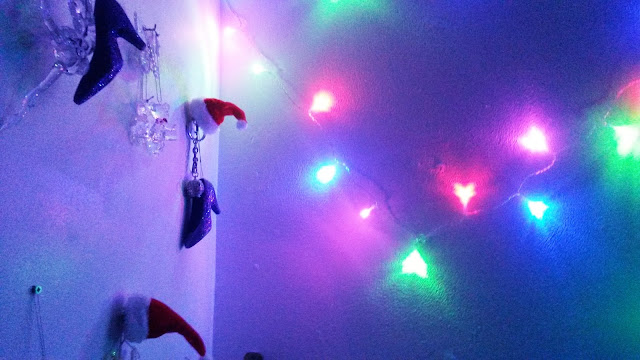 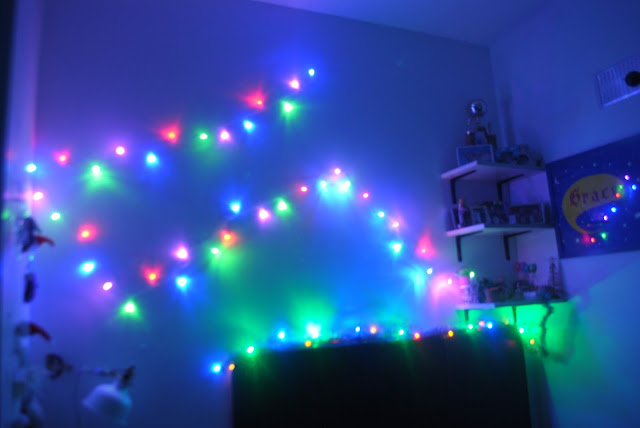 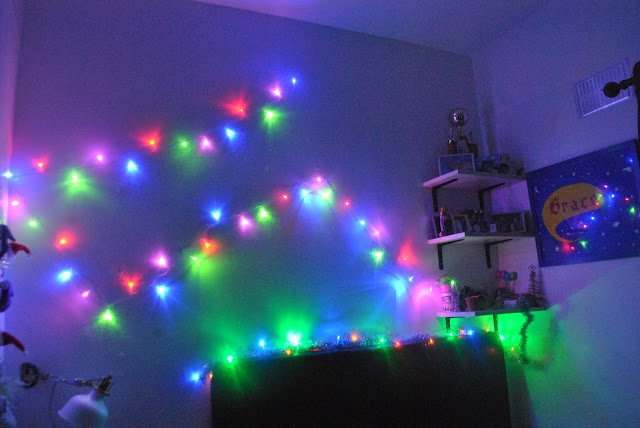 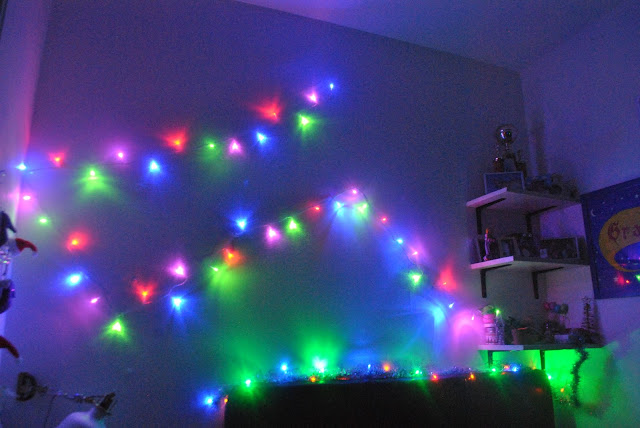 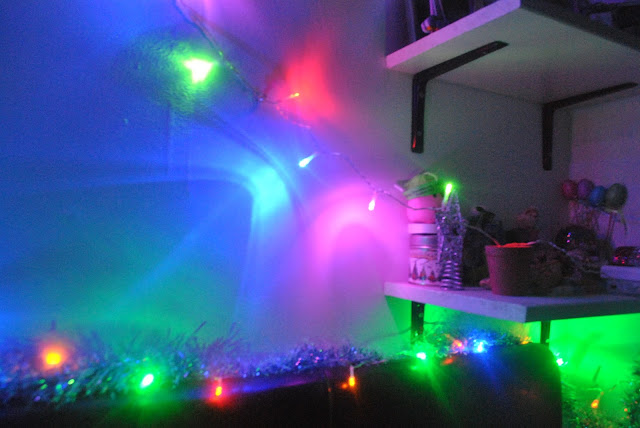 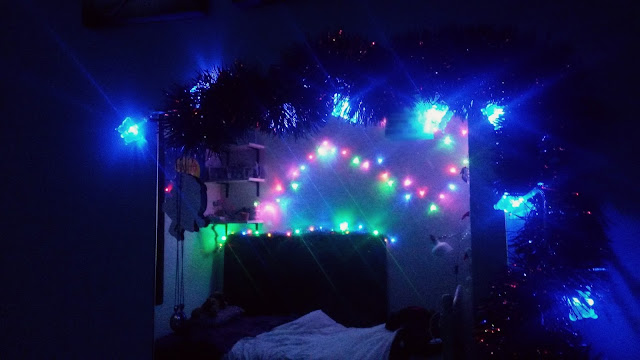 Hello. My name is Grace, I currently possess four sets of fairy lights (five really, if you count the set I contributed to the ridiculous amount plugged in around the house.) and I would be happy to own more.

Last weekend, I finally got around to decorating my room for Christmas. With help from dad, there are now four sets of fairy lights and two strands of tinsel occupying my room, along with three 'ho ho ho' 3D cardboard pieces, three Santa hat clips, a miniature gold, colourfully beaded sparkly metal tree and a silver metal star. It's actually all very affordable - the red tinsel is from somewhere around the house, the blue butterfly lights and the green leaf ones were bought last year in Homestore & More, the infamous blue tinsel could have been bought in Dealz two years ago, the equally infamous lights wrapped around it were bought last year in either Dunnes or Dealz and finally, the pinkier multi-coloured lights on the wall, which make my room appear as if it's been lit up by a disco ball, were bought this year in Penneys ! They're also battery powered and can practically go anywhere once you have wall hanging clip yokes.

These photos are slightly grainy and irritating as none of the cameras around the house seem to have the capability to take a decent photograph of fairy lights in the dark. Not even the SLR ! You know it's desperate when your phone is taking better photos than the rest of the devices put together. This year is the third year I've brought the 'travelling tinsel' into school and the second year that these fairy lights have joined the adventures. I haven't got any proper photographs of their travels yet, since there is really no appropriate time to take decent photographs in Fifth Year and it has got to the stage that my friends threaten to go inside when I wrap the tinsel and fairy lights around the railings outside at lunch ! Shocking ! In saying that, I still hang around with the one friend who always insists on wearing the combination, which is all fun and games until she also insists on spreading it out around her table. In music class. With the lights left on. I sh*t you not. This then turned into forty minutes of me wanting to bury my head in the table. We are yet to be told to switch them off. Most probably because if you exclude the secretaries' office and a few classes, our school's idea of Christmas decoration only extends to a big crib in reception and a large light-up metal tree in the quad that always gets knocked over in the wind and a sphere metal light-up figure, which we all refer to as 'the onion'. On occasion, one may be kind enough to compare it to Cinderella's carriage.

So that is tonight's slightly festive post.
Have you decorated your room for the holidays yet ?