Before The New Year 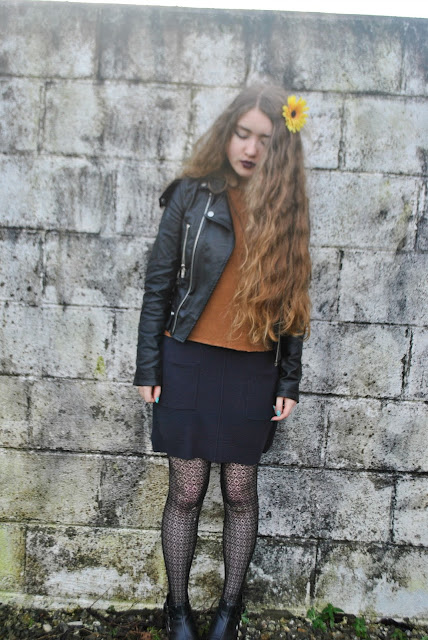 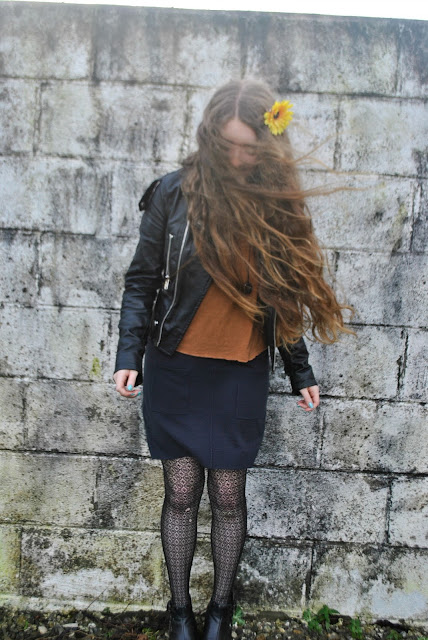 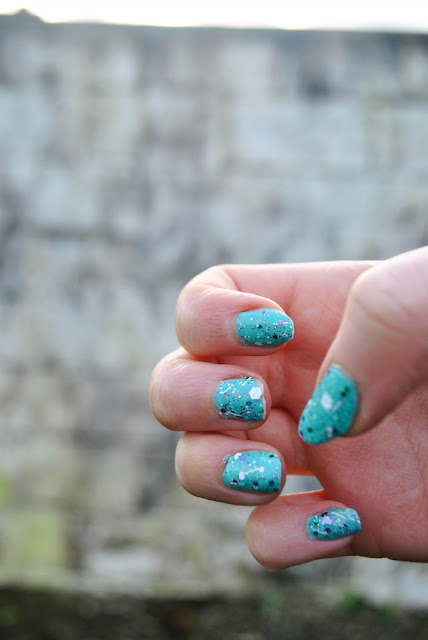 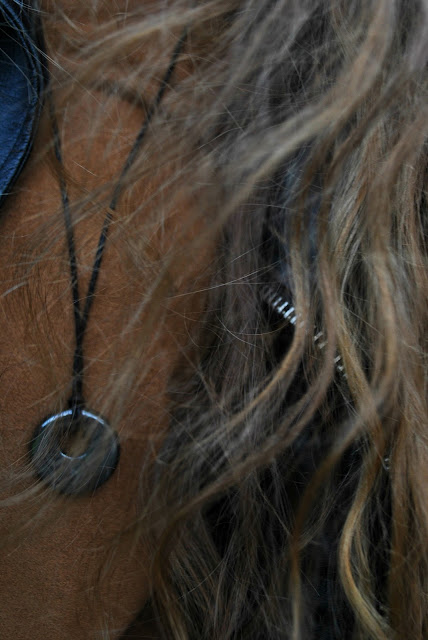 Yesterday evening, my family and I went out for dinner - of course eating pizza is the best way to spend New Year's Eve ! It stopped raining for the day so instead, the temperatures decided to drop, meaning that I got to layer ! Yay ! Sarcastic yay. I have not got a clue how to layer without looking like a five year old but I think I may have slightly got away with it this time, once I put on my jacket. My blue Penneys dress is brilliant because ... wait for it ... POCKETS ! It's shrunk in the wash a bit, which is kind of crappy as it feels strange now but it's still comfortable to wear. I thought the colour of my New Look suede top would match the dark blue except the style of the strappy top with the long sleeves didn't really look right so I wore my TK Maxx leather jacket for the first time in months over it. Ten out of ten for warmth and cosiness, as well as my usual green jacket over it ! Related but unrelated, I wore the pink, blue, silver speckled topcoat polish over turquoise on my nails because I thought it would look festive !

The new year is here - the only day of the year anyone can be sure of the date - and although it probably won't be the most exciting of years, I'm still turning seventeen, can learn how to drive (probably not the best of ideas so we'll avoid that.), will hopefully get a summer job and towards the end of the year, I'll be entering my last year of secondary school. That last point makes me want to hibernate for a year and a half but at the same time, I kind of wish I could say that I was finishing school in 2016 ! Don't do Transition Year, kids. Jokes. Make your own decision on that one !

I'm off now to watch even more telly because this evening has been the best one for decent programmes that there's been in a while - a double bill of Eastenders and a new episode of Sherlock, as well as an episode of Mrs. Brown's Boys !

What is this madness !