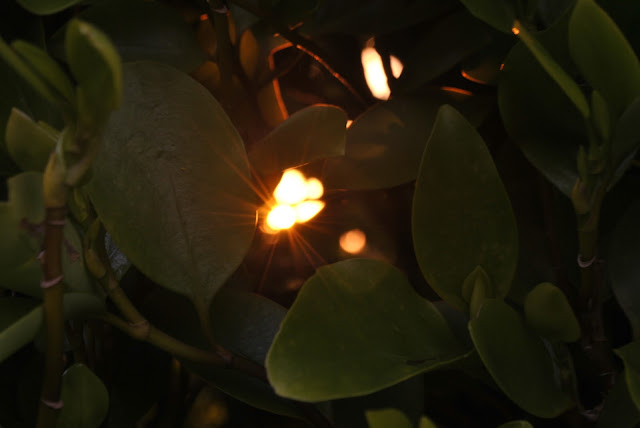 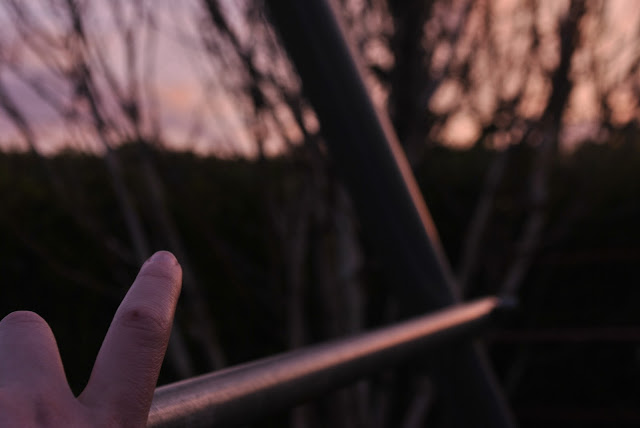 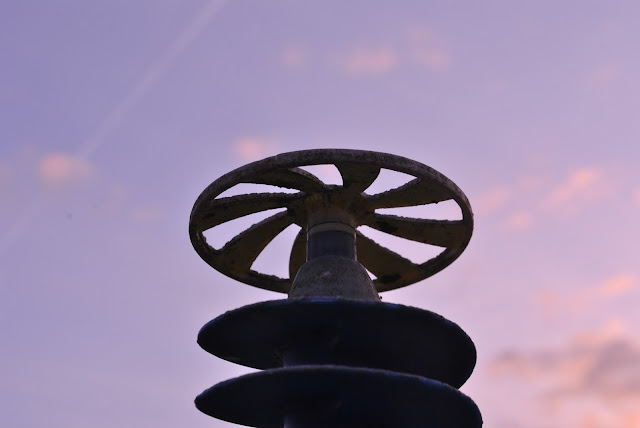 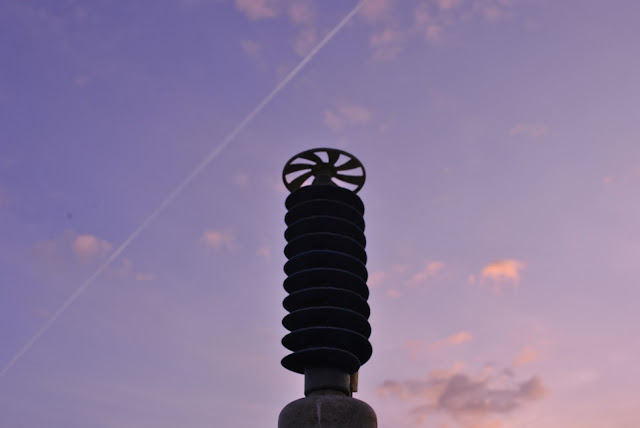 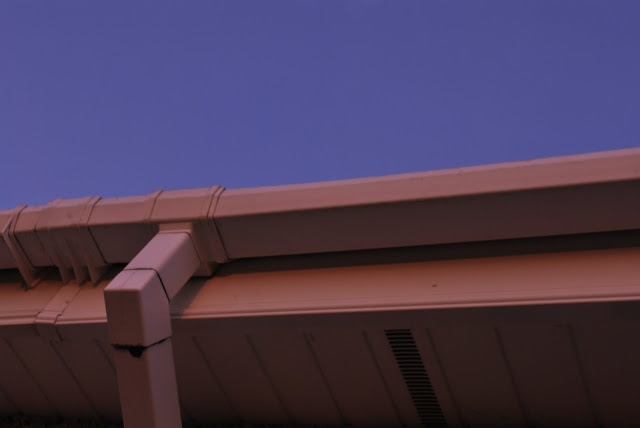 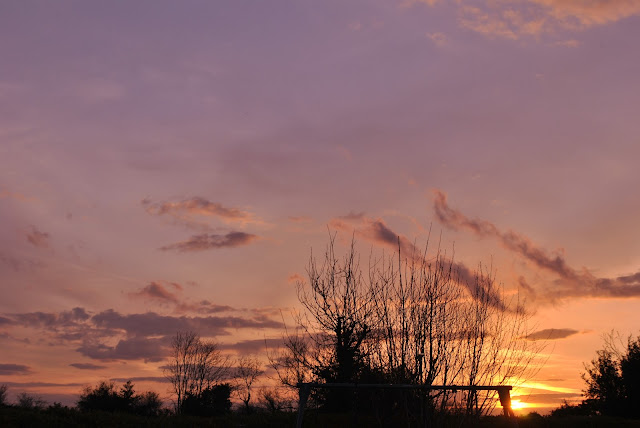 All I ever seem to post on the Internet is photos of the sky, sunsets and occasionally maybe my glitter eyeliner or an outfit I wore ! This is my way of subtly acknowledging that my blog and social media yokes and what not are all infiltrated with photos of sunsets - the majority of which look pretty similar, in my eyes anyway. I even have a bulk from a week or two ago but I posted most of them on Instagram so there is probably little point of sharing them on here now too.

The sun's rays were beautifully hitting off the metal bars that hold up the swings tonight so I ventured outside with mam's camera to take a few snaps and it turned out to be quite a nice set of photographs, if I say so myself ! I've began sketching ideas of scenes again and one that began on Thursday was the image of fingers sliding, dancing down the metal banister on outdoor steps or ramps. The swing's metal bars had a similar appearance to them so I gave photographing it a go and ended up delighted with the outcome of the colours ! The fourth and fifth last photos of the top of the swingball stand, sticking out the sky, caught my eye as well. It reminded me of summer and also my favourite music video (still, almost a year later !) - 'Headlights'.

Speaking of photos, I got my disposables - mostly taken over Easter - developed the other day and again, there's a photo of few over on my Instagram where I generally post too much. I've also been listening to lots of brilliant music this week, mainly Tame Impala & King Gizzard and The Lizard Wizard. I get way too excited over listening to decent music anyway but the music videos are so interesting that I'm arguing with myself over which I prefer more - the video or the actual song ! Speaking of great music, Lucy of Things The Books Forgot tagged me to a 'Songs That Shaped Me' post so I shall probably get around to writing that up very soon ! That's after I cut down the excessively long list of songs, of course !