CREEPING IN THE BLUE 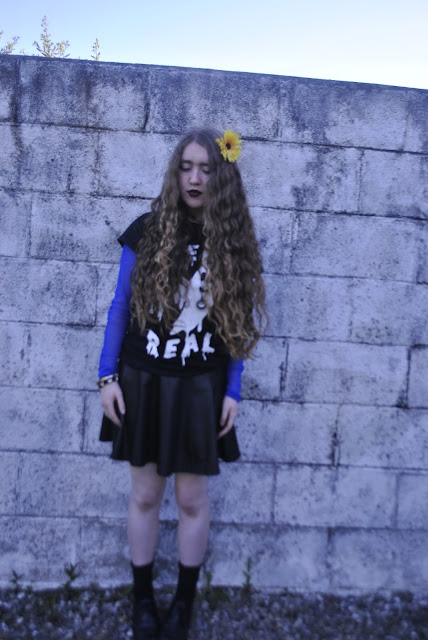 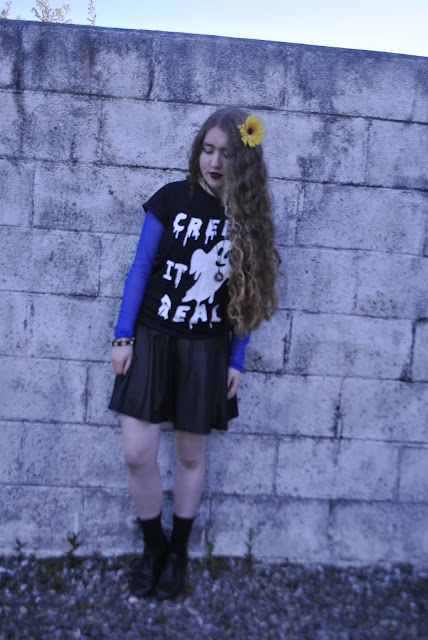 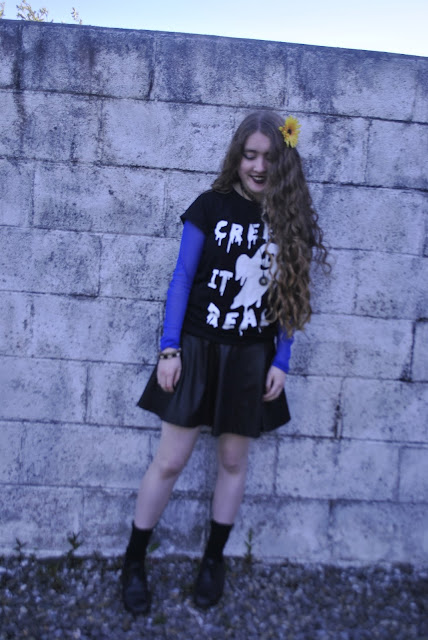 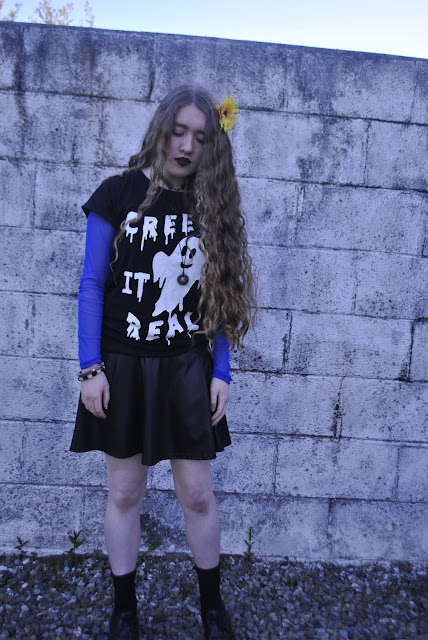 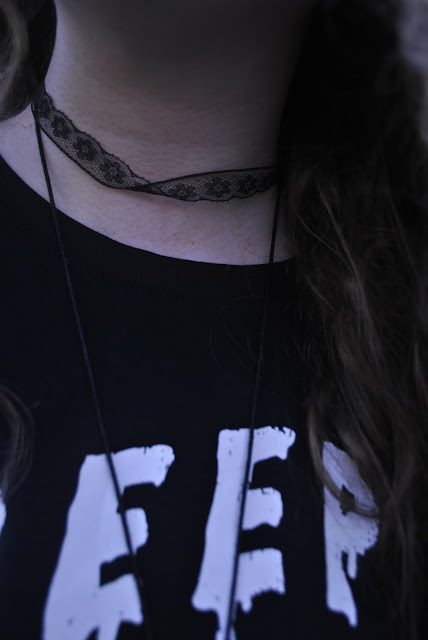 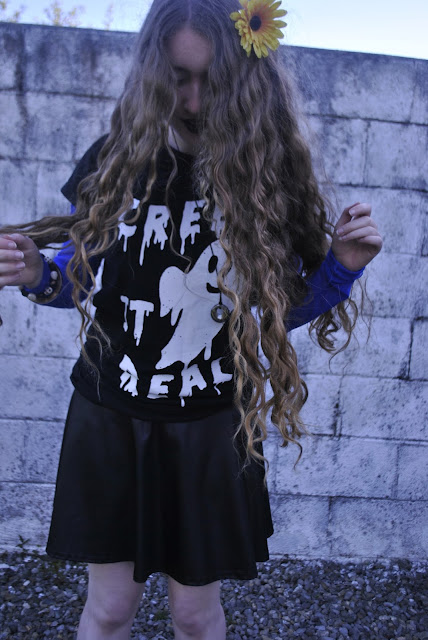 Another outfit post ! Why do you do this, Grace, why do you do this ! Whilst busy in an attempt to revise for summer exams, I'm not particularly happy with the photos of the outdoors that I've taken recently - they're all a little too bright and same old - so have yourself a merry laugh at my outfit instead ! I did not just half-parody the lyrics of a Christmas song. It's been almost a week since I last rambled all here and there are so many hilarious or terrifying (it's all a matter of perspective ! *unsure laugh*.) scenarios that I could talk about that I forget half of them. It reminds me that I really need to start using my Twitter again. Or just a diary if it's too hilarious or terrifying to explain online.

I wore this outfit to the cinema on Saturday with my leather jacket as there is never a reason not to wear a "creeping it real" (much pun, such wow.) t-shirt and a blue mesh top ! At this stage, I would own a mesh top in every colour of the rainbow if I had the chance, especially black and white ! The shape of this skirt generally makes me feel a little uncomfortable which is why I always wear tops over it at full-length but it's not healthy to be constantly worrying over how one particular part of one's body looks in a piece of clothing so I said "screw it" and rolled the tee up.

The film watched, in question, was X-Men which was quite great and funny ! Events since then have included revision, more revision and surviving the awards ceremony in unusually warm weather. The Sixth Years and Transition Years in our school finished up today which is quite terrifying as tomorrow morning we move over from fifth year bench to sixth year bench and at that stage, I'll come to the realisation that next year is apparently an important year and perhaps begin to threaten to drop out !