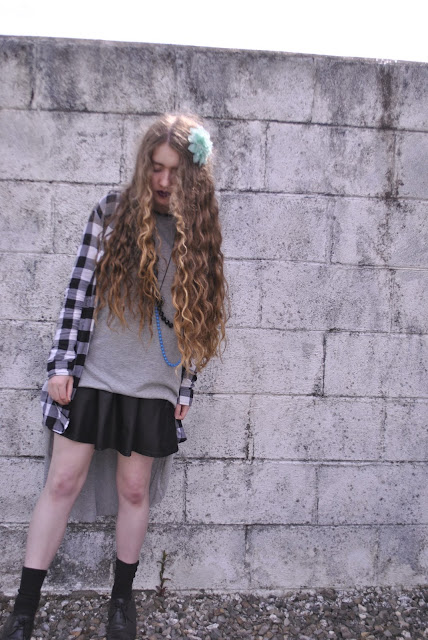 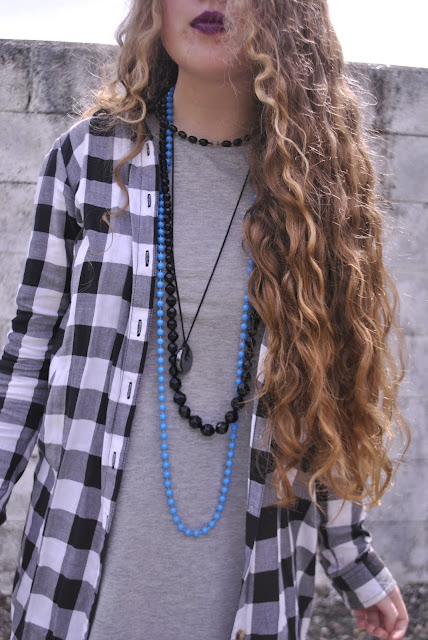 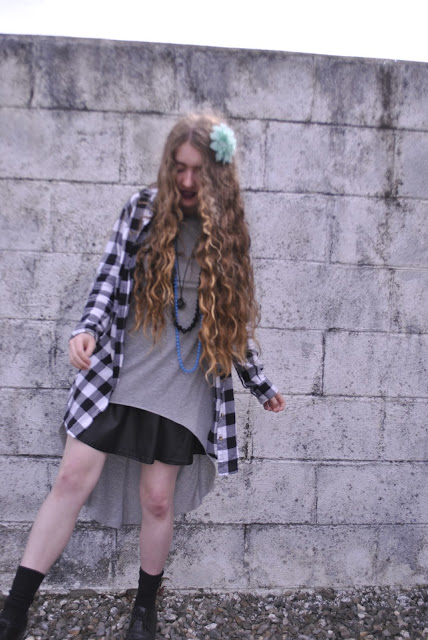 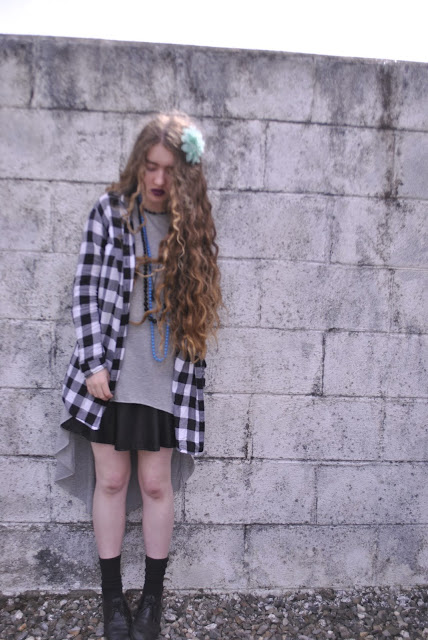 Hello ! Long time no see ! Again ! This time, I've been absent as in a strange turn of events, I ended up an exam attendant, my disposables will not be developed until tomorrow and as per usual, I have no ideas that can become plans and I'm exhausted ! Since I have no other worthy content to share right now, I went outside this afternoon and took outfit photos because what else would be making regular appearances on this blog ?

When wearing this outfit, I feel like some scene kid from 2009 or Effy Stonem in the earlier Skins series (all around the same time, really.) especially with the copious amount of beaded necklaces. Although if I really wanted to go for that kind of style, I'd need to be adding a lot more ! Besides the odd pop of blue, the rest of the outfit is monochrome, just yelling even louder that I desperately need to wear colour more ! It was a little better today - I even introduced grey ! The  piece is one that I have not worn in so long since it is supposed to be one of those two-length dresses and I, as someone of short height, can tell you that that piece cannot be a bloody dress ! Even when I first bought it in Third Year, it was debatable as to whether or not it's length determined it to be a dress or not, yet it's difficult to style as a top since a lot of skirts simply do not look right when worn under it ! It all clashes way too much. However, one of my black skirts managed to suit it fairly well so that is how today's outfit ended up being assembled ! 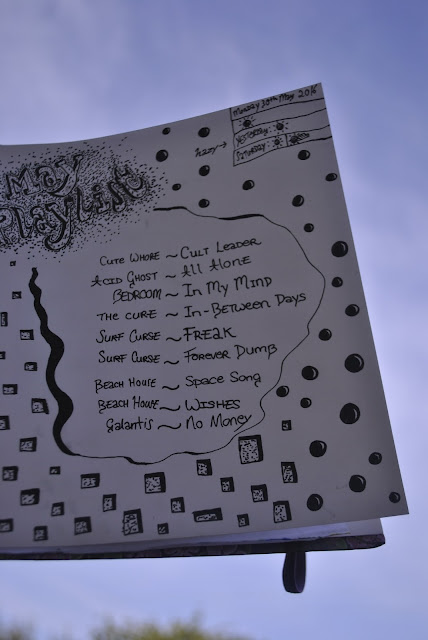 And finally ! I am actually getting around to sharing my May playlist ! Usually I would have just left it (think I did that in March.) or just added a photo but May - just like April - was such a brilliant month in terms of finding good music that I need to slot this in somewhere !

The month started off with listening to Cute Whore. The duo are both in the Canadian TV show 'Degrassi' and their music is so so good ! Every song is different, you really can't compare any two but 'Cult Leader' has to be my favourite. At this time, I was also listening to Acid Ghost, mostly 'All Alone', another song that makes me feel quite calm.

Then, we get to 'In My Head' by Bedroom. And holy cow, doesn't a description of this song need it's own blogpost or at least, it's own paragraph ! It's one of those songs that I could listen to over and over (I did.) and never get bored of it or feel anything different whilst listening. It is beautifully tranquil and I can't decide on which I enjoy more - the vocals or the instrumentals ! It is hands down one of the best songs that I have ever listened to - I am not exaggerating ! I swear ! Also played on repeat that week was 'In Between Days' by The Cure, a brilliant song and another that I could dance along to forever !

I then found my new favourite band - Surf Curse ! A lot of their stuff is very and almost too similar but I still love it anyway since it's exactly the kind that I love ! 'Freak' followed by 'Forever Dumb' are my two favourites that I listened to over and over throughout the month of May and I still find myself listening to the two on a regular basis. I don't know how to describe how fun and thrilling these songs are and how relatable (shoot, do I sound I sound like a fourteen year old who has just discovered Tumblr now ?) the lyrics are but if I can illustrate the feeling in any way, I spent most of my art classes during the month of May trying not to bop along to the music or  yell the lyrics as if I'm participating in some protest that I feel very passionately about ! I also feel very teenager-y (is that a thing ?) when listening to these two songs - it's brilliant !

Towards the end of the month, a friend introduced me to Beach House and listening to 'Space Song' and 'Wishes' was so magical that I felt as if I was in some enchanted dream ! It's the tempo, the notes that the instruments play, just everything ! It feels very like time slowly stopping. Other songs that I listened to frequently this month include 'Raging' by Kygo and Kodaline and 'No Money' by Galantis, which has such a great music video.

And that became quite a ramble so three cheers for you if you made it to the end of this post ! On a final note, I started using Twitter a lot more again if you're into the land of tweeting !