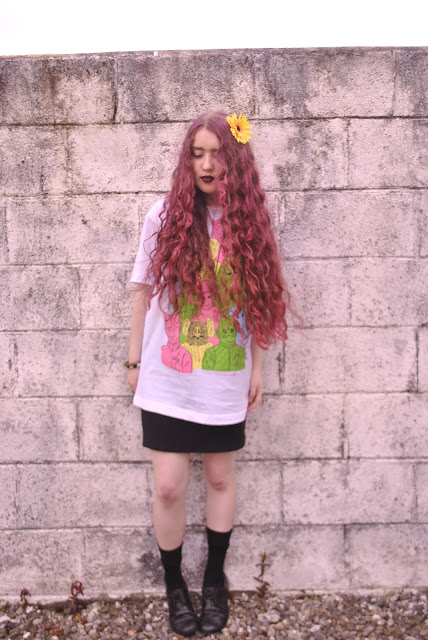 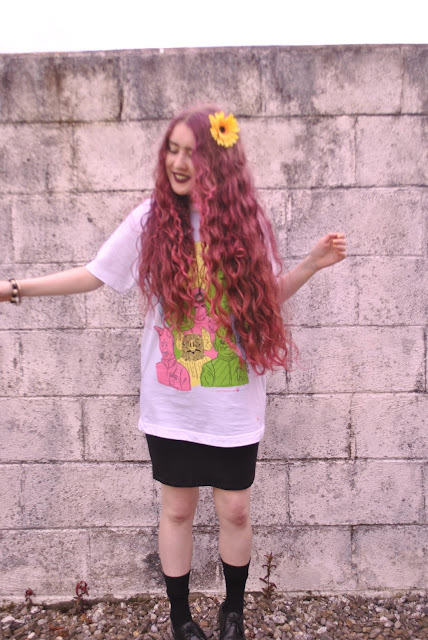 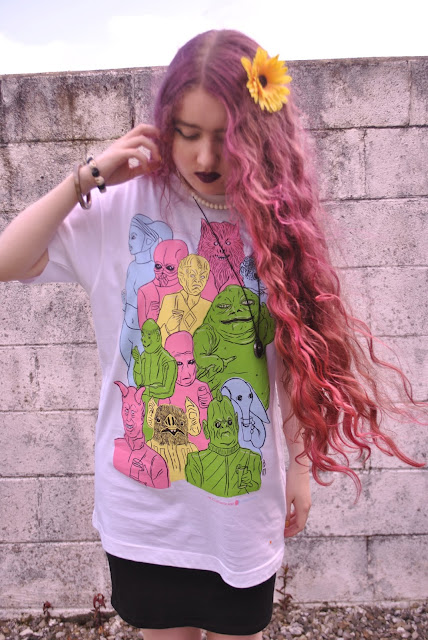 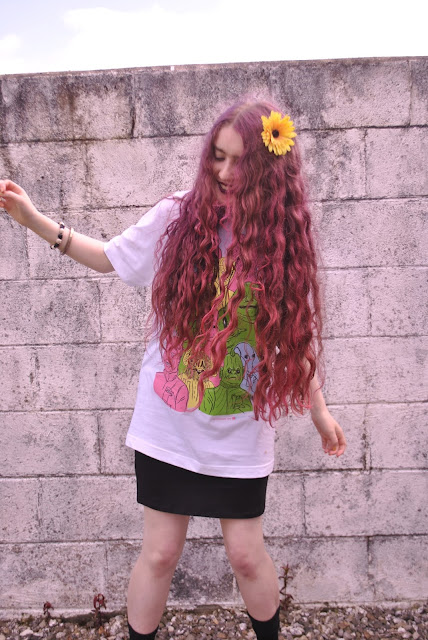 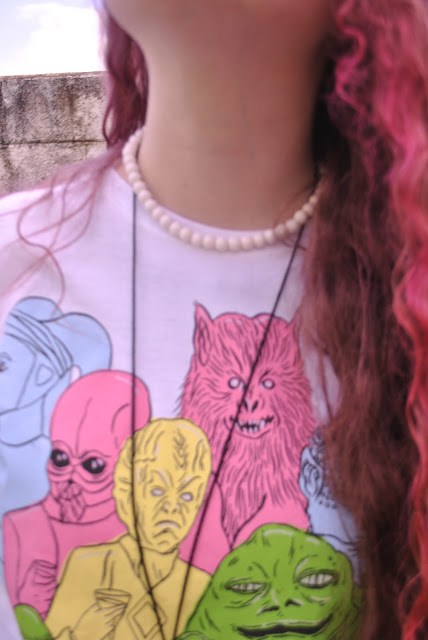 Friday evening of last week, a group of us went to my friend's birthday dinner which involved getting to meet up with people who I hadn't seen since the beginning of June, eating almost an entire pizza and chocolate cake ! Somehow, I had a good appetite that day so my belly was happy as it could be after all the cute food - using the adjective 'cute' as I really do not know how else to describe pizza and cake right now.

Everyone generally dresses up a little when we go to eat food - again, my grasp of the English language is making a very special appearance today - and I lost the concept or meaning of 'dressing up' several years ago now and my friends don't text each other what we're wearing either which leaves the procrastination method of sitting in my bed for at least an hour overthinking whether I'll be under or over dressed up. But low and behold, I was on the edge of my seat - or bed, in this scenario - this time because of this amazing t-shirt !!! I have added extra exclamation marks there to emphasise the fact that this t-shirt is my soulmate. It was three euros - I repeat THREE EUROS - in Oxfam and is probably one of the best bargains that I have ever come across. The cartoon figures are absolutely gas and I'm in love with the colours, it's perfect ! But its even longer than the other t-shirts that I already own and you can gather by now that I didn't wish to roll up even the end of the cartoon figures. This left me in a very first world dilemma - my tweet about it may crack you up a little if you have ever watched Skins - as to what to wear with it so after long debates with myself I wore my usual black dress underneath it. I'm still not sure of how I feel about the combination - to be honest, I felt similar to a late noughties' teen going off to the disco - but the t-shirt is there !!!! And that's all that matters !!! I sound way too enthusiastic. Also, I've been wearing these white beads with everything lately. They always clash with the tone of whatever I'm wearing and I love them for that !