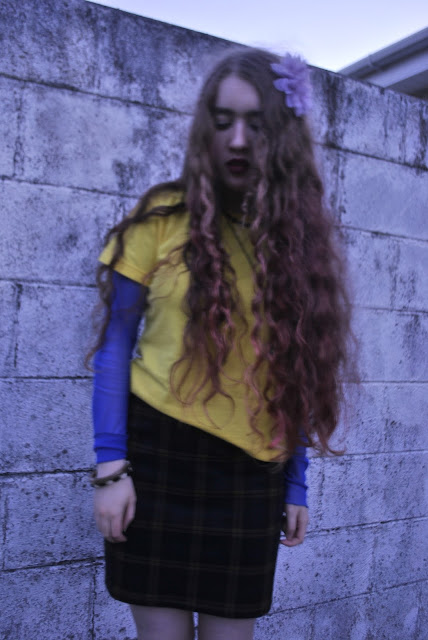 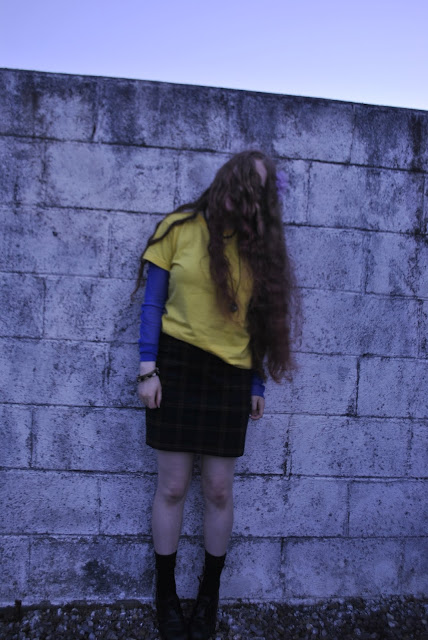 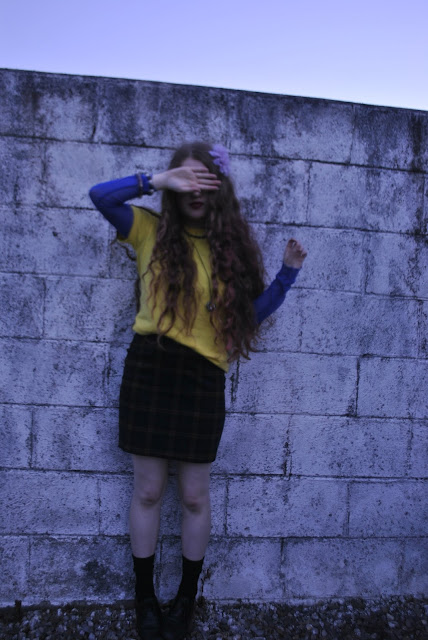 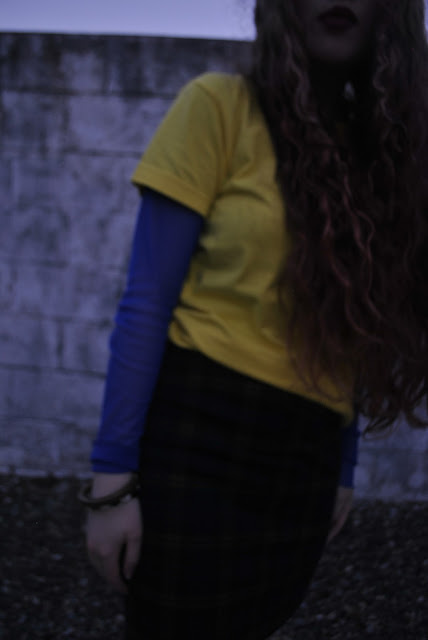 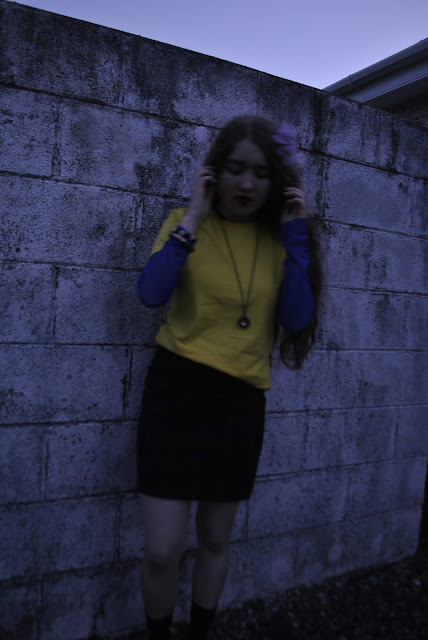 
The days keep becoming shorter and its just my luck that just as its too dark to take outfit photos after coming home from a day or evening out, I begin being the type of person who gets ready at the very last minute and therefore, does not have time to take a snap of the clothes she is wearing before leaving the house. It all sounds very superficial so I tried to make it look casual when I tip-toed back out the front with both a tripod and camera in hand, yesterday evening. I might have left it but I loved what I was wearing so much and probably won't wear the outfit again (more surrounding that in a moment.) so I took the chance and went ! It was so dark that I was experimenting with my manual settings to a level I previously avoided ! The result is slightly more blurry than desirable, but what can you do ! I think that I may have succeeded in creating the impression of a brighter time of evening.

As I said, I love love loved my outfit yesterday ! I felt like Ellie Nash (character from Degrassi : The Next Generation. Basically my style icon.), half my outfit - the t-shirt and mesh top - were bought in charity shops and matching colours were such a strange combination but I repeat, I loved it ! At the stage, it all seems to be going too well, I spent half the film that we went to see (again, I'll get to that in a minute.) daydreaming about all outfits I could create, based on my beautiful mesh top during the winter. That was until I got home to find that the blue dye of the top had bled through to my yellow t-shirt underneath my arms ! I wasn't even wearing deodorant ! Basically, a major bummer since it reduces my options but I guess that the majority of the t-shirts in my wardrobe are black !

I wore this outfit to the cinema and Chinese all-you-can-eat ! My friends and I went to see Suicide Squad which everyone, including myself, already knew was most likely going to be awful. The general verdict afterwards was that it could have been brilliant if they had actually compiled the scenes correctly ! The film did not flow at all, it was if random scenes had just been put together for no apparent reason causing there to be little to none substance, development or background to the plot. It was easy to miss or forget important developments that were practically skipped through. Besides that, the acting was brilliant bar Cara Delevingne who's acting, in my opinion, does not suit superhero and sci-fi films and then Jared Leto. Oh, Jared Leto, what an awful Joker. There is no question really in why half his scenes were apparently cut. He overacted The Joker, it was dire. His scenes resembled something out of a pantomime. Also, as much as Margot Robbie is an amazing actress, I could not stand Harley Quinn in this film. Most people who I have talked with about the character in this film have said that she's there for the "emo effect" and really, watching the character could either one of two ways. Either not being able to take her seriously at all and finding it a little cringy or romanticising the character's mental state. It just didn't make sense to me. All in all, the music was the best aspect of the film - Paranoid, Bohemian Rhapsody, Seven Nation Army, Sympathy for the Devil.