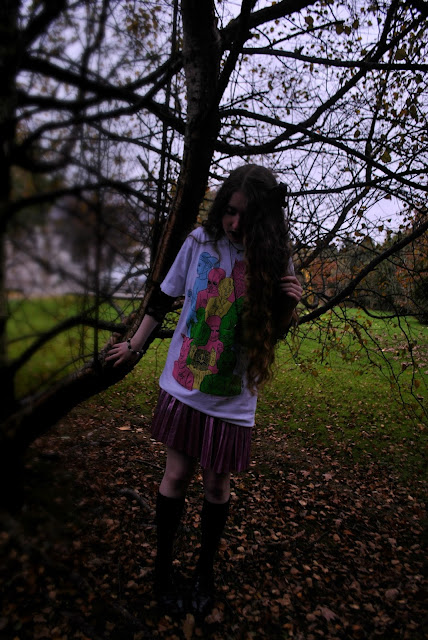 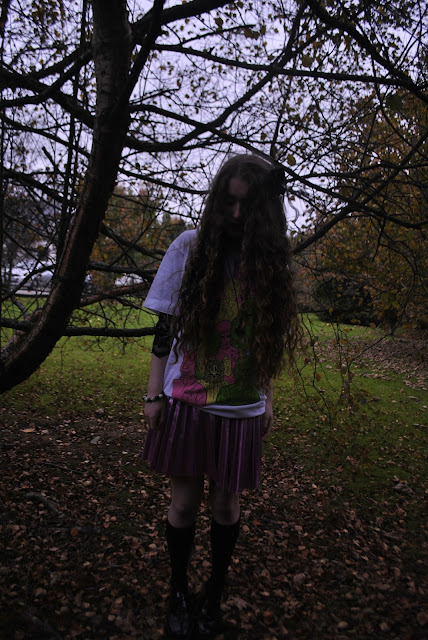 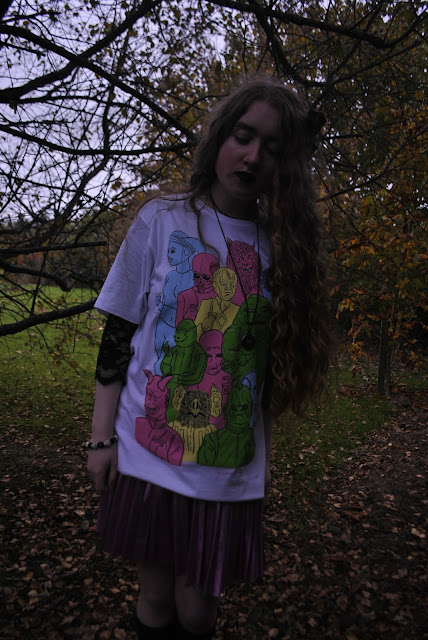 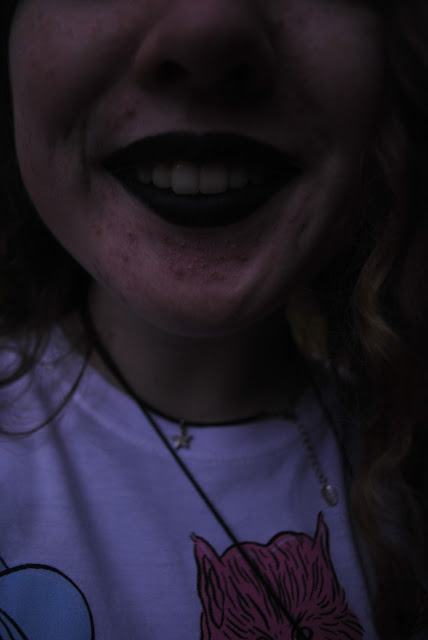 Currently listening to : I Could Be Happy


Not gloating or anything but all of my outfit today (bar the socks, shoes and accessories.) are from second-hand stores ! And if the costs of the individual piece were to be added up, the total would be around €13 - cue happy llama dance. The skirt is the most recent buy and its crazy  that the original cost (the tag was still attached.) was forty pounds ! Its so pink and shiny, appearing similar to something out of a musical set in the 60s perhaps ? The pleats also follow when one twirls and although I was a little unsure as to whether or not it was too eclectic or in your face, but then I had a "why not" moment, imagining all the t-shirts and jumpers I could pair the piece with. Brownie points since on this occasion, I did not begin singing "Be My Baby" to the poor piece of material, when in the changing rooms. Also ! Wearing ! Black ! Lipstick ! I am slowly bringing Halloween influences into my life as Monday approaches. 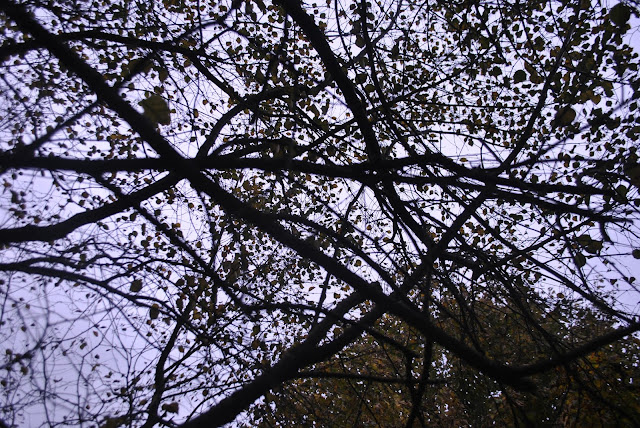 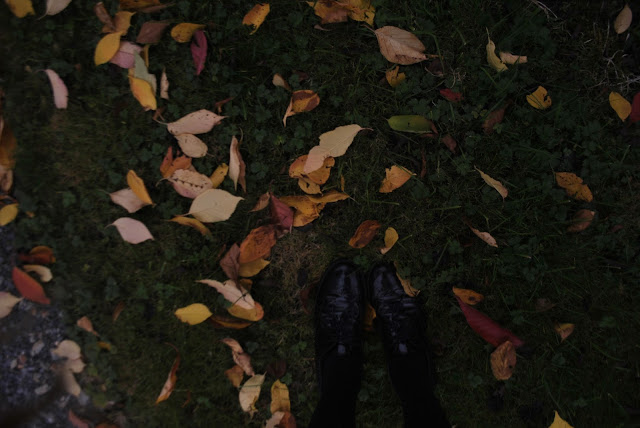 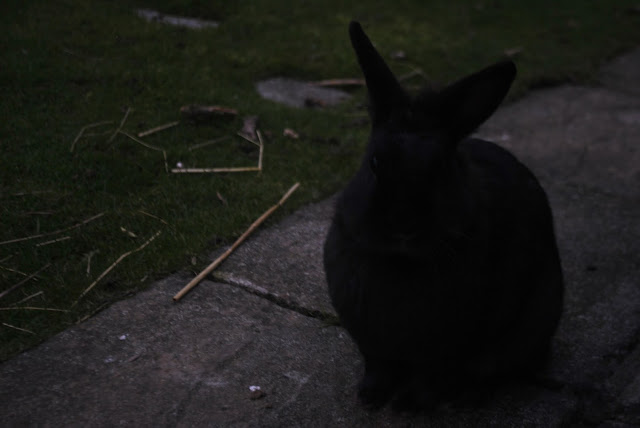 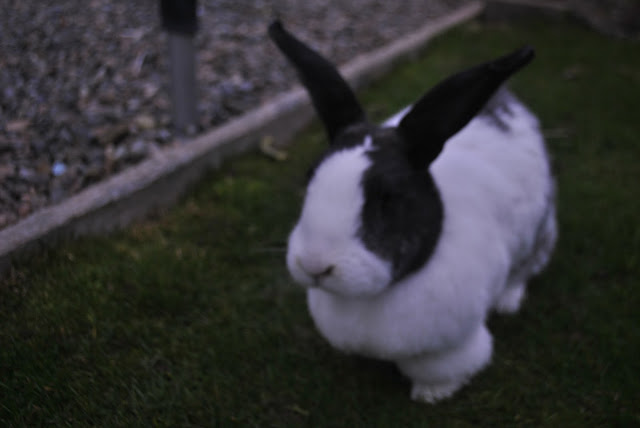 Look at how colourful all of the leaves are ! I cannot stop staring down at the fallen leaves and up at those remaining on branches - it is a wonder I can walk without stumbling into someone or over myself ! It is going to become a must for me to visit the woods before the week is out, in order to snap nature in its most colourful state, left, right and centre. Come to think of it, a visit to the woods could make quite an interesting trip on October 31st itself.

On a final note, I do not spend enough time with Plum and Truffle - let alone take enough photographs of the two - as I used to and I really miss it so I've been taking the camera out to the back a little more often to in an attempt to see them more. However, every time we acquire new hens, they turn out more evil than the previous pair (something we never expect.) and as the last ones - one of which is still well and alive - and their predecessors, Patsy and Edina (yes, they are named after Ab Fab characters.) are terrifying. One tried to eat the hairs off my ankle the other day ! Its another chapter in the hen horror story.