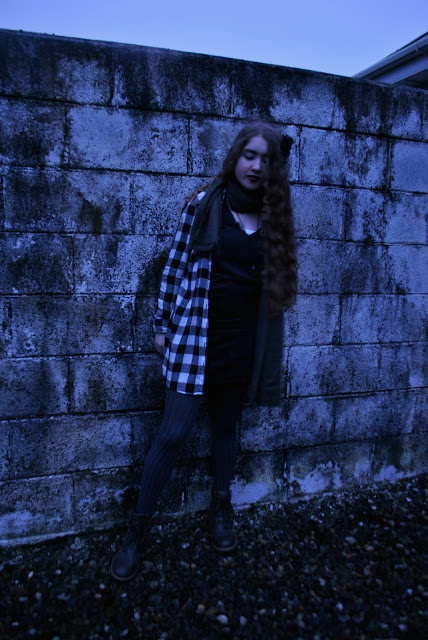 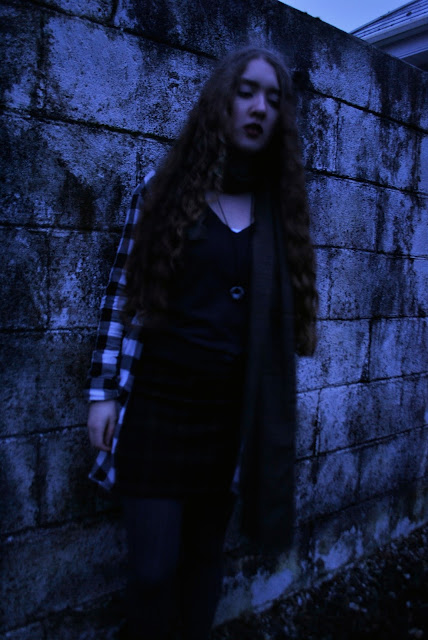 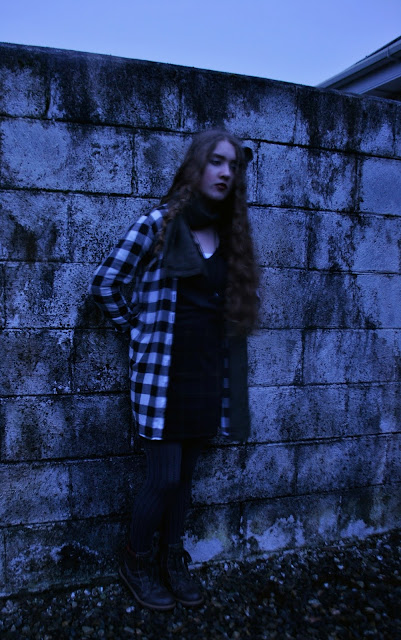 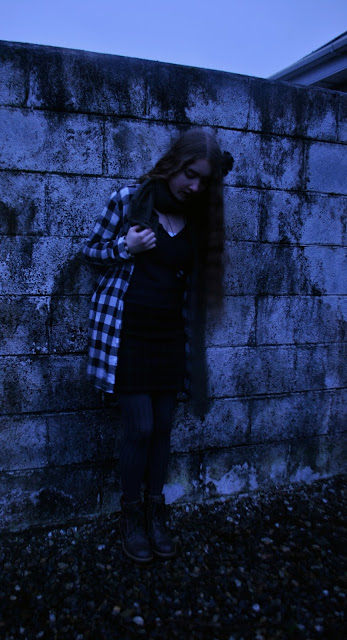 
Yesterday was my second time wearing this ensemble in the past two weeks and I wanted to write a piece about it so badly that I said 'screw you' to the dreadful weather and dusk. Changing my camera settings to such a low aperture, one was waiting five seconds for each shot to take. This outfit was worn on the Japanese trip yesterday which I will write about at some stage this week. Also known as the most comfortable outfit ever and there is so much grey and tartan or chequered-print, thus making it my current favourite outfit to wear. V-necks are my latest favourite piece of clothing. I had some kind of strong opposition to v-necks when I was younger. Either they were too noughties' for me, I didn't think they suited me or someone in my family had taken a dislike to them. It was probably the 'skin exposure' aspect that turned me off them too, another reason why I have started wearing them after reading a book on women and traditional Japanese culture. In the past - and even now, many may argue - women in Japan were expected to behave and dress much younger or more 'innocently' than their age (basically that of a child.) since it was (or is.) believed to cause them to appear more moral, untainted, attractive, etc.. So I related that to attitudes that remain throughout the world in the twenty-first century. Often negative, suppressive attitudes toward women making 'crude' jokes, woman dressing like a 'slut', girls when they discover interests other than Barbie dolls, girls when their bodies and personalities begin to develop. And that is the long-winded story of how I came to begin to enjoy wearing v-necked tops. 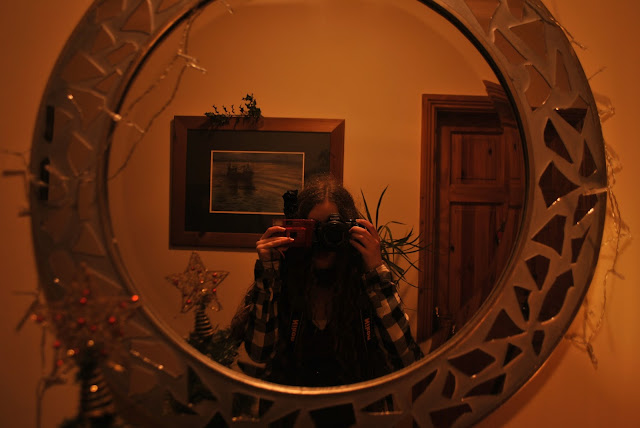 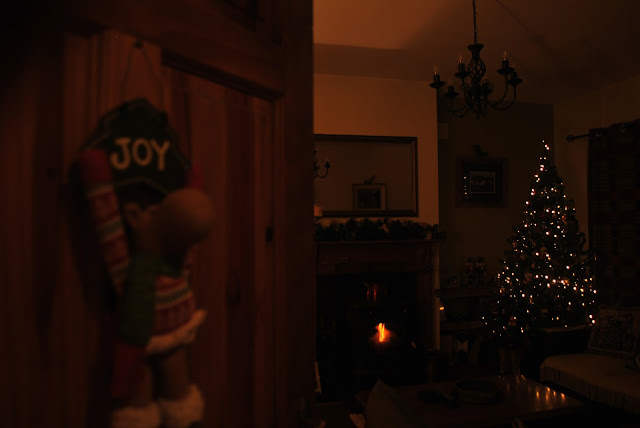 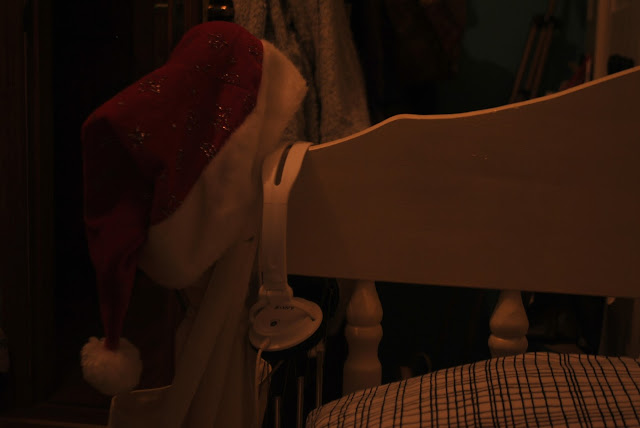 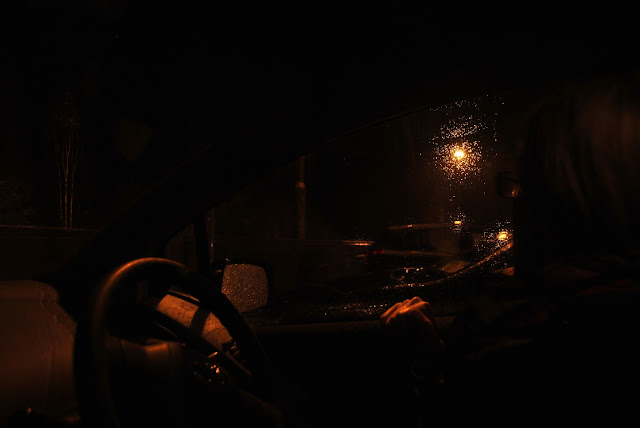 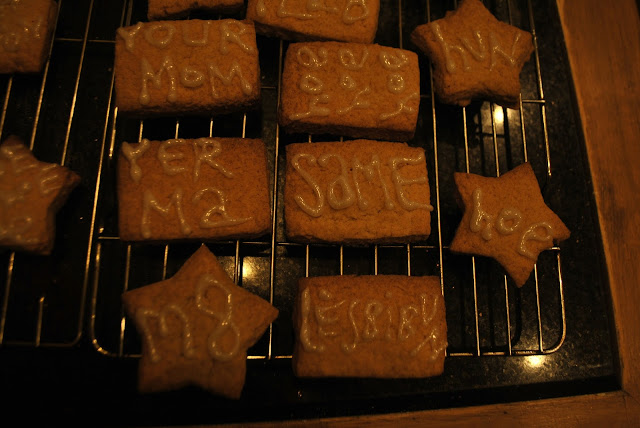 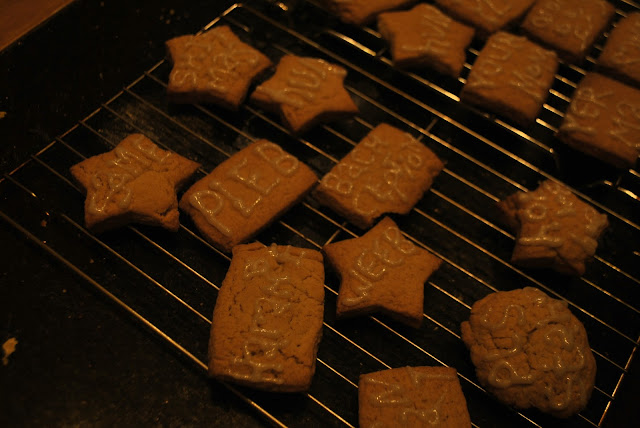 Since going into a third shop (I kid you not.) in search of assistance, regarding various minor, easily solved problems with my film camera, I have been taking ! photos ! on ! film ! I wish I could describe in words as to how satisfying it is each time I hear the sound of the roll moving as one photo is taken ! My heart flutters and my feelings could be summed up as that of a proud mother whose camera has just given birth to a photograph. Strange simile or metaphor. Similar to how I am currently in a race to use up this roll of film before Christmas, last night I was in a race to bake promised Christmas insult cookies for today's festivities. As I said earlier, I'll go more into detail in my next post but look how cute they initially turned out ! Add 'proud cookie mother' to my CV or resume (my words are pretty Americanised today.) too.